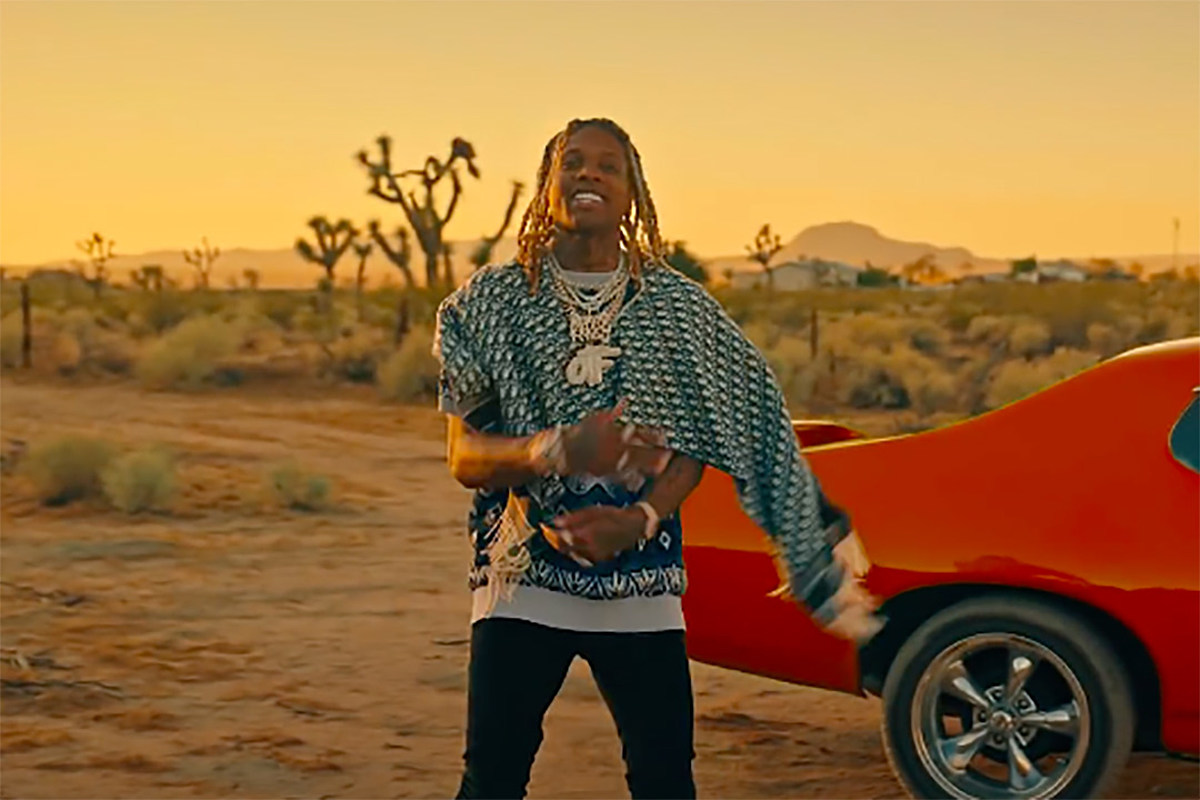 Leave it to hip-hop to turn an old trend into new drip.

Traditionally, a poncho is a sleeveless outer garment used to keep the body warm. The clothing, which finds its roots in South America, tends to be made of a thick piece of woolen cloth with a slit in the middle for the head. In the 1990s, the woolen surfer ponchos with sleeves, vertical stripes and a hood were pretty popular. However, in 2020, the material comes in different forms. While ponchos pretty much lean outside of the dripped-down threads and iced-up jewels we’ve grown accustomed to seeing within the hip-hop community, it appears that times have changed.

Most recently, Chicago rhymer Lil Durk has been rocking an assortment of ponchos, which has become one of his fashion statement pieces. In an image posted by Durk in late October, he’s seen sporting white, skinny jeans and a creme-colored open poncho with a brown lining. The “3 Headed Goat” rapper clearly thought the fit was a go, but his fans didn’t quite think so.

Despite the public’s opinions, Durkio isn’t steering away from this particular article of clothing. In face, he told XXL, “You can’t go wrong with an expensive poncho.”

Durk has posted multiple pictures on his social media rocking a variety of ponchos with an array of patterns and made of different materials. Over the last few months, the Only The Family founder has worn the piece on numerous occasions, although his fans rarely let him get away with it. He even wore a Dior poncho in the video for Bia’s song “Same Hands.”

He isn’t the only rapper to rock a poncho, though. In December of 2019, Young Thug showed off his color-blocked poncho at the premiere of A24 Films’ Uncut Gems movie at The Dome Entertainment Centre in Hollywood. Thugger donning the garment is nothing out of the ordinary for the 29-year-old hip-hop style icon, considering how he’s pushed the fashion envelope by wearing dresses and skirts in past years.

Check out some of your favorite rappers including Durk, Thug, Drake, Future, 2 Chainz and Westside Gunn in their designer ponchos below.

$66.5 billion worth of Bitcoin lost forever

‘Deepfake’ Tom Cruise takes over TikTok with some 11 million views…