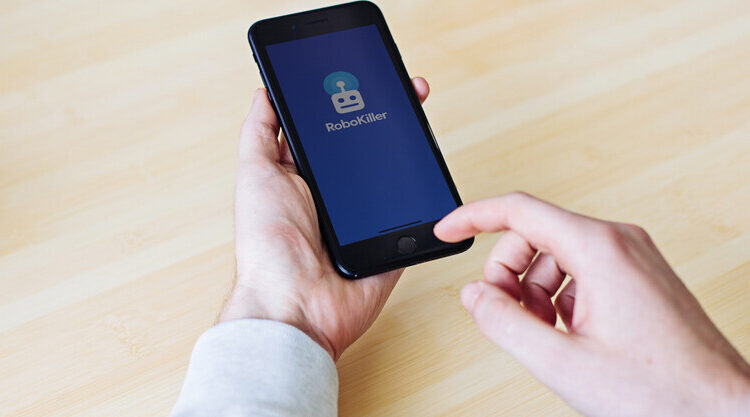 TLDR: The RoboKiller Spam Call and Text Blocker eliminates 90 percent of the spam phone calls and texts you receive — and now, it’s almost 50 percent off.

Last month, Americans received an estimated 5.3 billion spam calls. While that’s an insane number of needless wastes of time and stupid distractions, it actually represents a 5 percent decrease from the numbers posted in April. But don’t cheer too loudly just yet for a blow struck against scammers. May also saw 7.1 billion spam texts flooding American smartphones and tablets, which was actually 7 percent higher than the previous month.

Those figures, all nearly 12.5 billion of ‘em, were compiled by RoboKiller, an app on a zealous crusade that may not eradicate fake phone calls and texts from the world entirely, but will at least eradicate them from your devices. Right now, a 2-year subscription to the RoboKiller Spam Call and Text Blocker service is almost 50 percent off its regular price, just $39.99 from TNW Deals.

RoboKiller has developed a legion of hardcore fans, with more than 350,000 of them in the Apple App Store and Google Play giving the app a 4 out of 5 star review. The love of RoboKiller comes from the app’s Terminator-esque effectiveness, squashing over 1.3 million spam numbers from your phone before those calls even ring through. Their block list is so robust, that RoboKiller says that alone will eliminate 90 percent of the spam phone calls you get in a given month.

While that’s impressively effective, 90 percent still leaves a handful of calls that might skirt their blockade. Even then, RoboKiller stays hyper vigilant. If a spammer spoofs a number that gets through to you, the app analyzes the voice on the other end of that fake call, archives it, and makes sure to automatically dispatch that person if they ever call you again.

To add to your enjoyment, RoboKiller bots actually answer those spam calls, irritating and wasting the time of spammers. While it might not end their operations altogether, every minute they stay on the line puzzled by RoboKiller is another minute they aren’t calling someone else.

Meanwhile, RoboKiller is also completely customizable, with your own personal block and allow lists so you can always connect with those you want to talk to and ace out everybody that you don’t.

RoboKiller is just as ruthless on spam texts, with SMS protections that stop all that endless pinging of worthy texts you don’t want.

With this offer, a two-year subscription to the full range of RoboKiller Spam Call and Text Blocker features is on sale at one of its lowest prices of the year, just $39.99, a savings of almost 50 percent off. You can also get RoboKiller and save money on similar one-year ($29.99; 24 percent off) or three-year ($59.99, 50 percent off) offers too.

Prices are subject to change.

More than 22,000 people sign up to become a European Space Agency astronaut