Rockefeller Center’s Xmas tree – a 75-foot, 11-ton Norway Spruce – will be put up in NYC Saturday 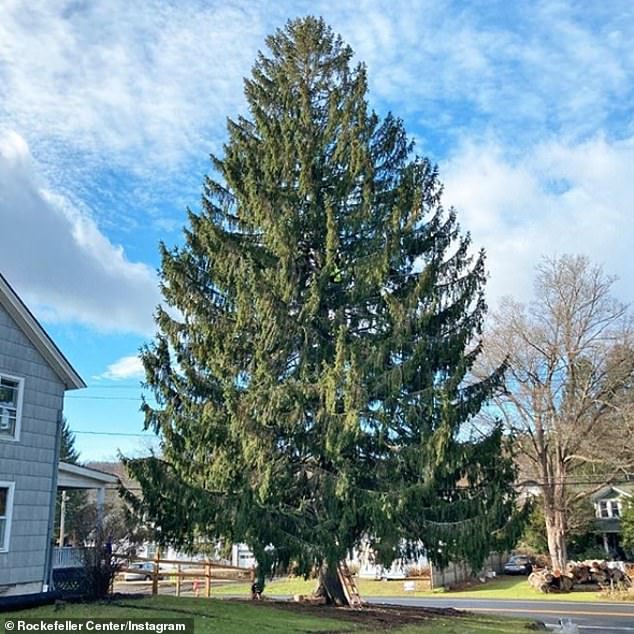 While the ongoing coronavirus pandemic has thrown much uncertainty over what the holiday season will look like in 2020, one long-standing tradition is set to remain: the Rockefeller Center is still getting its tree.

A 75-foot tall, 11-ton Norway Spruce from Oneonta, in upstate New York, has been selected to take centerstage at the iconic Manhattan landmark this year.

The towering tree will be cut down on Thursday morning and hoisted by a ‘huge crane’ onto a 115-foot-long trailer, before beginning its voyage to the Big Apple, organizers announced in a press release Wednesday.

The Norway was donated to the city by Daddy Al’s General Store, which is located around 170 miles north of Manhattan, and will be erected outside 30 Rock on Saturday.

A 75-foot tall, 11-ton Norway Spruce (shown above) from Oneonta, in upstate New York, has been selected to take centerstage at the iconic Manhattan landmark this year 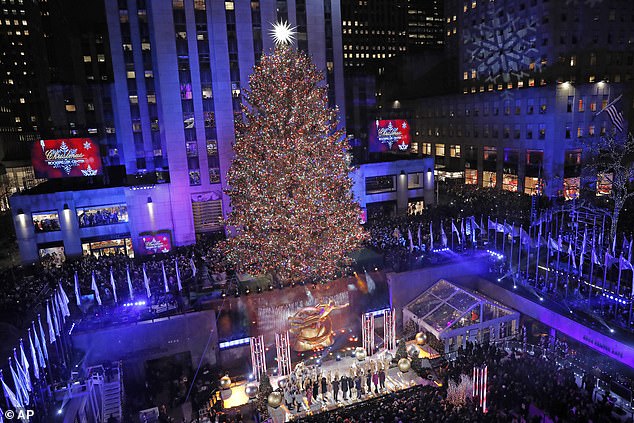 Officials said the tree will be under 24-hour surveillance until it’s chopped down tomorrow at 8am.

Unlike in previous years, in order to ensure social distancing, there will be no public access for visitors to attend or get an up close look at the tree being cut, organizers said.

This is the second time in recent years that a tree from the town of Oneonta has been chosen as the Rockefeller tree, with the last coming in 2016, which was grown by locals Angie and Graig Eichler.

With the coronavirus pandemic continuing to rage across the country, and amid an uptick in case counts across the five boroughs of New York City, it’s currently unclear how the famed tree lighting ceremony will go ahead this year, which typically draws a crowd in its thousands.

A likely scaled-back version of the annual ceremony has been scheduled for Friday, December 4.

Mayor Bill de Blasio was asked twice about plans for event during his daily press briefings this week.

While he was quick to express his ‘childlike’ wonder over the lighting of the spruce, the mayor didn’t offer any concrete answers, simply suggesting that indoor events should be avoided. 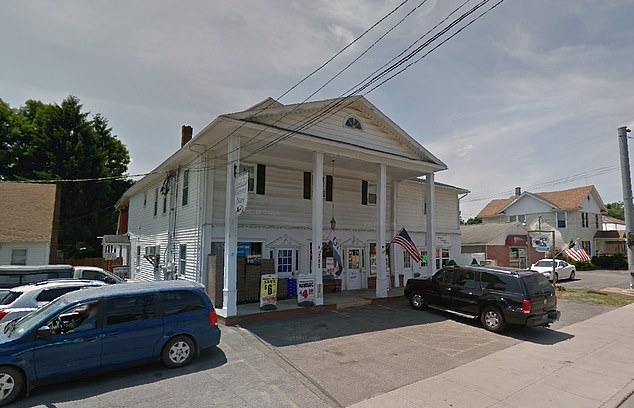 The tree was donated to the city by Daddy Al’s General Store (above), which is located around 170 miles north of Manhattan, and will be erected in the city on Saturday. 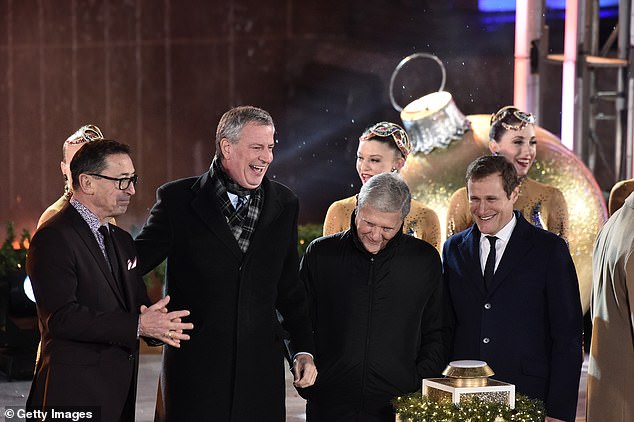 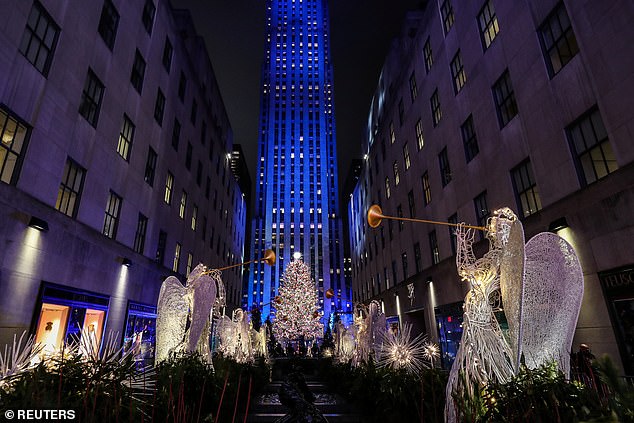 The tradition of lighting a Christmas street outside the Rockefeller Center began in 1933 and in recent years has dawn around 2.5 million annual visitors

‘We want that to be a great experience, especially in the middle of everything people are dealing with,’ de Blasio said Tuesday.

‘This is something really special each year for this city, and I don’t know about you, but I still have a kind of childlike wonder when the lights go on in that tree each year.

‘I think people understand that we have to be really careful with the danger of a second wave, but we’re going to take extra precautions to make sure that if people are trying to go by to see it, that we can keep it to the right number of folks at any given time.’

The mayor assured: ‘We’ll get an update on how it will be handled, but we will take proper precautions.’

The tradition of lighting a Christmas street outside the Rockefeller Center officially began in 1933.

It’s estimated that more than 125 million people typically visit Rockefeller Center during the holidays, but with tourism stalled amid the pandemic, it’s unlikely the usual frenzy will appear this year.

Iva Benson, an outside spokeswoman for Rockefeller Center’s landlord, Tishman Speyer, told NewsDay the tree is always a Norway spruce.

Benson said plans for the viewing are still being finalized but ‘it’ll certainly be socially distanced and limited.’

While this year’s tree measures at a towering 75-foot, the tallest ever spruce to stand in the center was seen in 1999, which was 100 foot tall. The tree that year came from Killingworth, Connecticut.

Hannah Quinn: Why case was weak after Blake Davis killed Jett McKee with a samurai…