Mind the gap! Cruise line captain takes £300million new ship through lock with only 20in to spare each side – and emerges without a scratch

By Dave Monk For Mailonline

Drivers of new cars know just how nerve-racking it is the first time they have to steer through a narrow entrance.

So imagine what it must have been like for cruise line Captain Kim Tanner less than two weeks after picking up the £300million Spirit of Adventure when he was faced with sailing into a lock with only 20in to spare on each side.

The challenge came on the Saga ship’s first voyage from its shipyard in Germany to dock at Tilbury, Essex, on Sunday.

A stunning aerial shot showing just what a tight squeeze it was when Captain Kim Tanner steered Spirit of Adventure into a lock at Tilbury, Essex 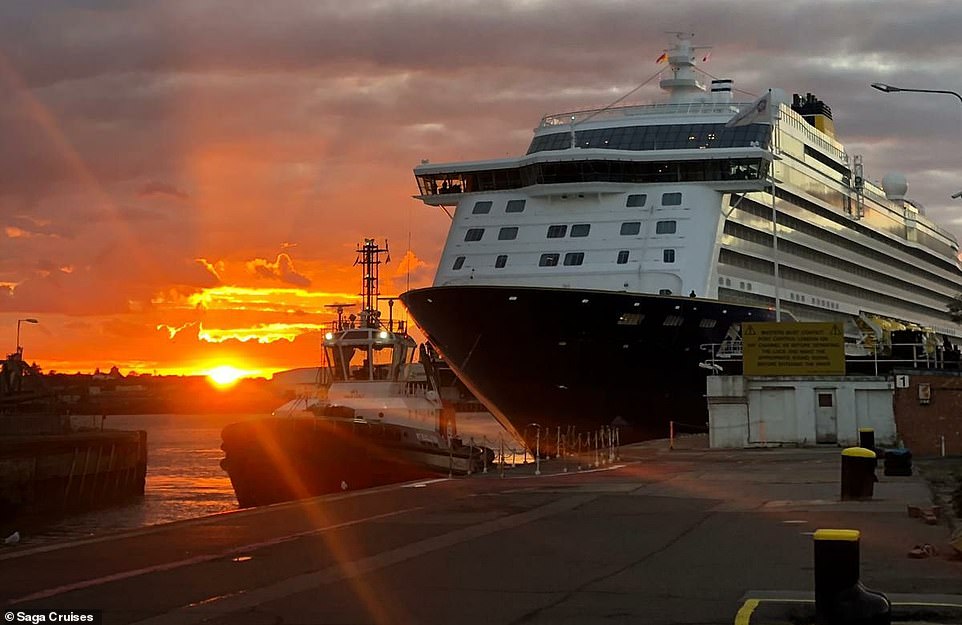 Having sailed up the Thames estuary, Captain Tanner then swung the 774ft-long vessel into the lock.

Once through, he asked the docking pilot if he could go bow-to-bow with year-old sister ship Spirit of Discovery, which has been laid up there for seven months.

Crew on both ships waved to each other from deck railings as horns blared and Spirit of Discovery lit up with the message ‘Hey sister’. 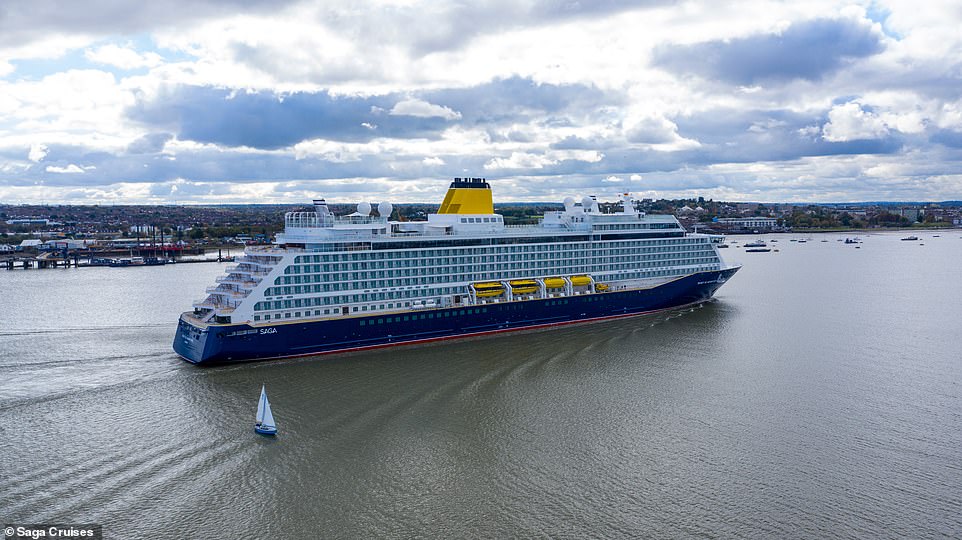 Although the feat by Capt Tanner was impressive, it’s not the first time he has done it – he also steered Spirit of Discovery through the lock in March 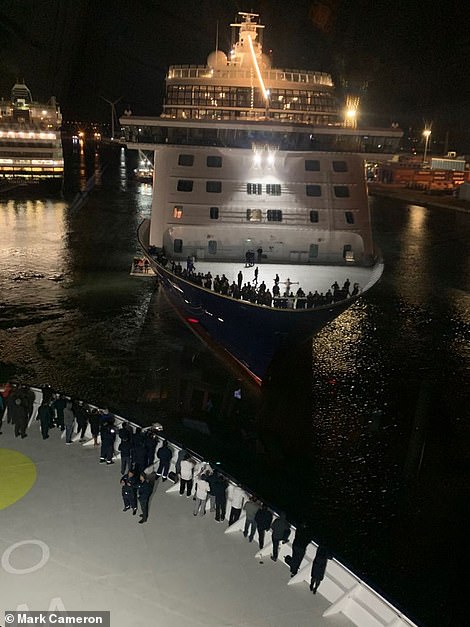 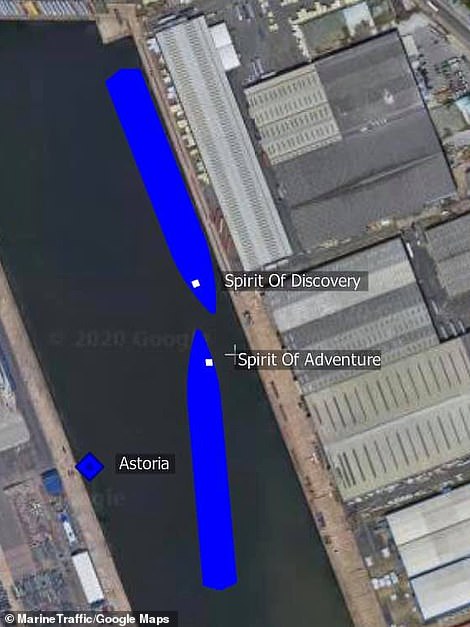 The picture on the left shows Spirit of Adventure being welcomed by crew on Spirit of Discovery. On the right is a graphic from Google Maps showing the two ships lining up 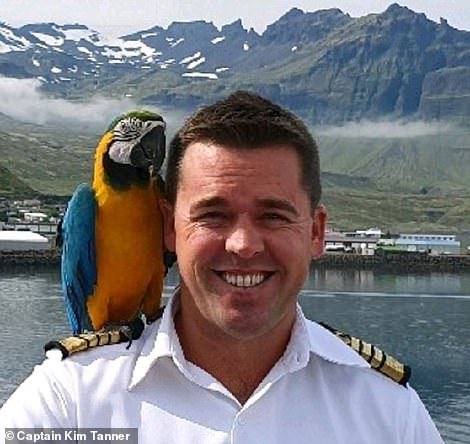 Nigel Blanks, the managing director of Saga Cruises, said: ‘We could not miss the chance for the two sisters to finally meet one another – we also made every crew member smile.’

Although the feat by Captain Tanner was impressive, it’s not the first time he has done it – he also steered Spirit of Discovery through the lock in March.

He said: ‘I’d like to say it was easier this time, but there were other challenges – different states of tide, cross-currents on the lock approach, time of day and so on. But I love a good challenge!’

Spirit of Discovery – the first purpose-built for Saga – was named in Dover in July last year by the Duchess of Cornwall at a garden party that featured Yorkshire grass and sparkling wine made in Kent.

Newcomer Spirit of Adventure was due to make its inaugural voyage from Southampton on November 5, but this has now been put back to February 5 next year.

Mr Blanks said: ‘We cannot wait for her to welcome her first guests next year to see everything she has to offer.’ 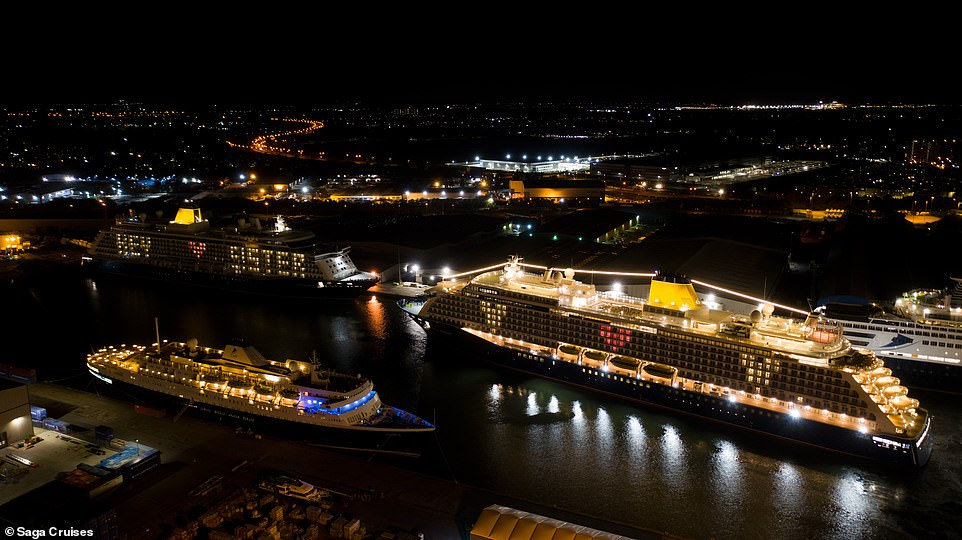 WTO: Nigeria to persuade the US to join the consensus on Okonjo-Iweala – Trade…