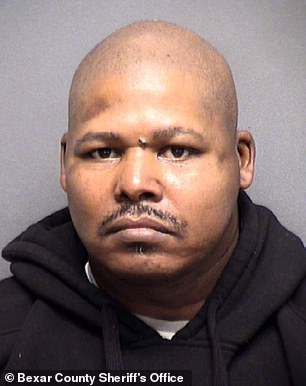 San Antonio man, 50, is charged after ‘killing 75-year-old pedestrian in fatal hit-and-run and then stopping to check damage to his pickup truck’

By Ariel Zilber For Dailymail.com

Jerome Armstrong, 50, was arrested on Monday and charged with failure to stop and render aid, a second degree felony

A San Antonio man has been arrested and charged with running over an elderly man with his pickup truck and then stopping to check if the vehicle was damaged before he drove off.

Jerome Armstrong, 50, was driving along Pecan Valley Drive near Goliad Road in San Antonio at around 10pm last Thursday when he hit Jung Mu Kim, 75, according to police.

Kim died at the scene from his injuries, WOAI-TV reported.

Witnesses told police that Kim, who had just walked out of a convenience store, was crossing the street on a clearly marked pedestrian walkway.

Armstrong, who was driving a 1997 GMC Sierra, failed to yield to Kim, who had the right of way, according to police.

Investigators told the television station that surveillance footage showed Armstrong getting out of his pickup truck in a parking lot near the scene of the accident.

He is alleged to have gotten out of the truck to check whether any damage was done to his vehicle. Police said he then drove off.

Two other drivers in the area also pulled into the parking lot alongside Armstrong and also assessed damage to his vehicle.

They said that Armstrong then got back into his vehicle and drove off. The other two motorists then rendered aid to Kim.

Police said that debris left at the scene indicated that the vehicle in question was either an older model GMC or Chevrolet pickup truck. 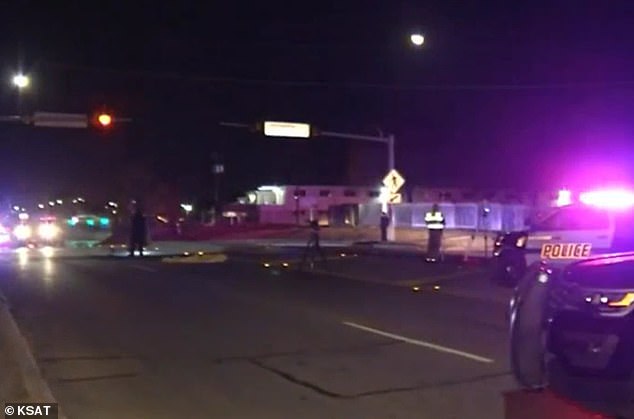 Armstrong was driving along Pecan Valley Drive near Goliad Road in San Antonio at around 10pm last Thursday when he hit Jung Mu Kim, 75, according to police. Kim died at the scene from his injuries 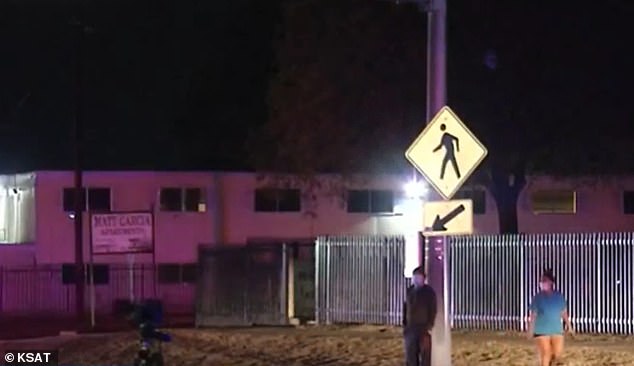 Police said Armstrong failed to yield to Kim, who had the right of way as he was walking through a pedestrian crosswalk after shopping at a local convenience store

According to police, an anonymous tipster who heard about the hit-and-run on the local news told authorities where they could find the damaged pickup truck.

When officers found the truck, they questioned Armstrong, who allegedly confessed to the hit-and-run.

He told police that he ‘thought he hit a cart in the roadway,’ according to KSAT-TV.

‘The Defendant stated he pulled over in a parking lot, but he left because he panicked and was scared,’ according to the arrest affidavit.

Armstrong is said to have told investigators that he ‘knew he should have remained at the scene but left instead.’

He told police that he did not see Kim in the roadway, according to the arrest affidavit.

‘The Defendant began to cry and stated he was waiting for me to knock on the door since the crash date.’

Armstrong was arrested on Monday afternoon at around 5pm and soon afterward booked into Bexar County Jail.

He faces a second degree felony charge of failure to stop and render aid. If convicted, he faces up to five years in prison, according go Texas state law.

According to his Facebook page, Armstrong is an employee at a local Applebee’s.

Meet the headmaster of Reykjavik’s Elfschool, where you can learn all about elves and hidden people