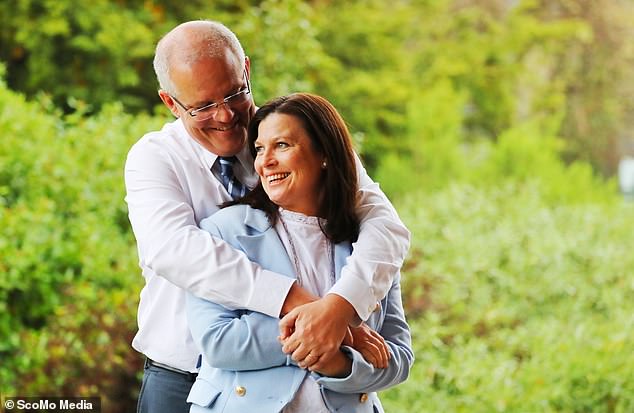 An emotional Scott Morrison on Tuesday said male politicians having affairs in Canberra while their wives are at home ‘breaks my heart’.

The prime minister said he was upset that ‘families have been broken’ after a Four Corners show exposed a secret affair between Population Minister Alan Tudge and his glamorous staffer Rachelle Miller in 2017.

The show also reported that Attorney General Christian Porter got close with a ‘young woman’ at Canberra’s Public Bar in 2017.

Mr Porter said he rejected the show’s depiction of the rendezvous and told Perth radio 6PR he did not have a relationship with the woman.

Mr Morrison, an evangelical Christian who has been with wife Jenny (pictured together) since they were teenagers, said the break up of families distressed him

Asked if he would take any disciplinary action against the ministers, Mr Morrison said the events happened before he was made prime minister and his predecessor Malcolm Turnbull dealt with them by banning ministers from sleeping with staff.

He said no ministers have broken the updated code of conduct and no investigation would be launched.

Mr Morrison, an evangelical Christian who has been with wife Jenny since they were teenagers, said the break up of families distressed him.

‘There are a number of families that have been broken, and there are some people who are really hurting over this.

‘And I know the people involved in these issues are working really hard to try and restore what has been terribly lost.

‘And we’ve got a job to do to ensure we do everything we can keep families together, and we all have personal responsibilities in that regard.’ 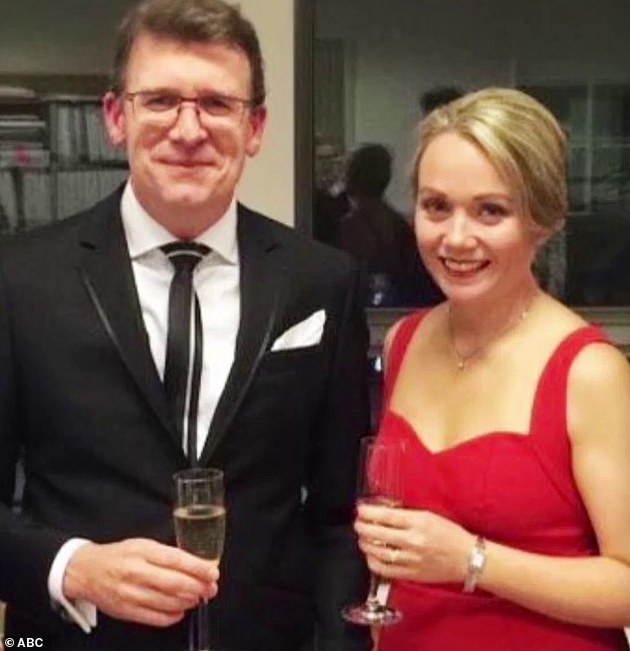 Federal Liberal MP Alan Tudge had an affair in 2017 with former Coalition media adviser Rachelle Miller. The two are pictured together at the mid-winter ball in 2017

Asked if the ministers’ conduct passes the ‘pub test’ of public opinion, Mr Morrison said: ‘I think Australians understand more about human frailty than perhaps you are giving them credit.’

He said nothing nonconsensual happened and that family break ups ‘happen in Australia’.

‘People do things and they regret them, they do damage to their lives in the lives of many others, and I know there would be deep regrets about that.

‘I think Australians understand human frailty, and I think they understand the people who work in this place are just as human as anyone else and subject to the same vulnerabilities and frailties as anyone,’ he said.

Mr Morrison was asked in Question Time by Greens leader Adam Bandt if he would investigate and temporarily stand down the ministers involved in the Four Corners show.

In the Four Corners show on Monday night, Rachelle Miller, a former media adviser of federal Liberal MP Mr Tudge, revealed she had an affair with her boss when he was Minister for Human Services in 2017.

Staffer Rachelle Miller on her affair with her boss Alan Tudge

The secret affair between Mr Tudge and the female staffer came before then-Prime Minister Malcolm Turnbull introduced new standards in February 2018 to stop politicians from having sexual relationships with staffers in their office.

Ms Miller told the ABC’s Four Corners she has lived ‘to bitterly regret’ the affair with Mr Tudge – with whom she attended the Midwinter Ball at Parliament House.

She claimed while she didn’t want to be seen on camera with the minister, he had insisted on walking into the high-profile event with her by his side.

‘I intentionally dropped back because I didn’t want to walk in with him,’ she said.

‘He stopped and turned around and said, ‘No, I want you to walk in with me’.

‘I have a feeling that my appearance had a bearing on why Alan would want to walk in with me on his arm, and I felt at that time a lot like an ornament, and that I was being used as an ornament.’

Ms Miller, who has since left politics, claimed Mr Tudge had pressured her not to reveal the affair to the media after rumours of the tryst circulated around the press gallery.

‘I lost a lot of self-confidence because I didn’t feel I had any power at all to be able to stand up for myself,’ she said.

‘I knew I was leaving a job that I really loved, but I didn’t see that there was any other way out.

Mr Tudge said he deeply regretted his actions in 2017 after the program aired on Monday night.

‘Tonight, matters that occurred in my personal life in 2017 were aired on the ABC’s Four Corners program,’ he said.

‘I regret my actions immensely and the hurt it caused my family. I also regret the hurt that Ms Miller has experienced.’ 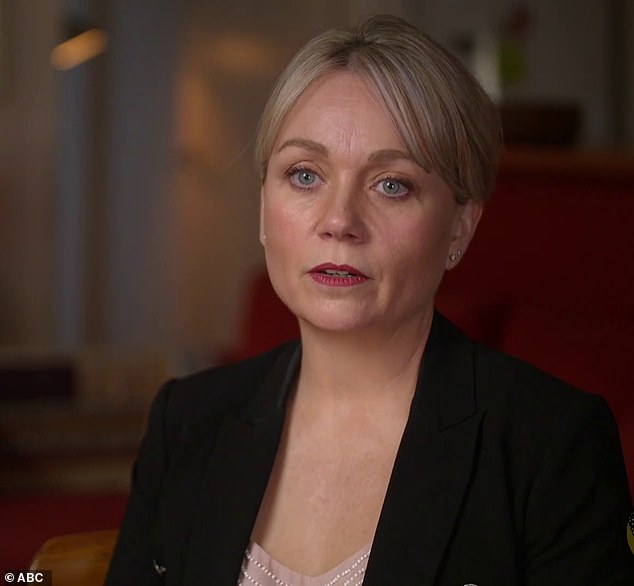 Ms Miller also claimed she saw Attorney-General Christian Porter – who at the time was the social services minister – getting close with a ‘young woman’ at Canberra’s Public Bar in 2017.

‘It was quite confronting given that we were in such a public place and we’re in a place where we had multiple Press Gallery journalists, multiple MPs and senators,’ Ms Miller said.

At the time of the alleged incident Mr Porter – now separated from his second wife – was married and his wife and young child were at home in Perth, the ABC reported.

Mr Turnbull said he had a meeting with Mr Porter in December 2017 where he told him his alleged pub rendezvous was ‘unacceptable’.

‘I told him I had had reports of him being out in public, having had too much to drink, and in the company with young women,’ Mr Turnbull told the program.

‘I said ‘this is unacceptable conduct for a cabinet minister and it exposes you to the risk of compromise’.’

He reminded Mr Porter that ‘Canberra was full of spies’ and not all of them worked on behalf of Australia, meaning he could be vulnerable to blackmail by a foreign power.

‘The risk of compromise is very real – it’s not just the stuff of spy novels,’ Mr Turnbull said.

Mr Porter denies the allegations and has labelled them defamatory.

‘Four Corners’ depiction of interactions in the bar are categorically rejected,’ he said in statement.

Daily Mail Australia is not suggesting Mr Porter or Mr Tudge broke the code of conduct. 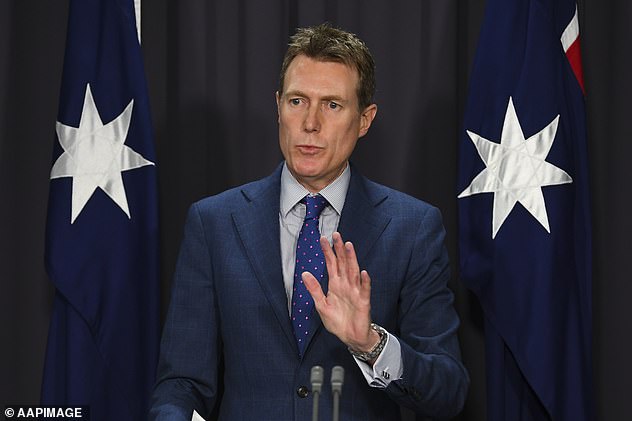