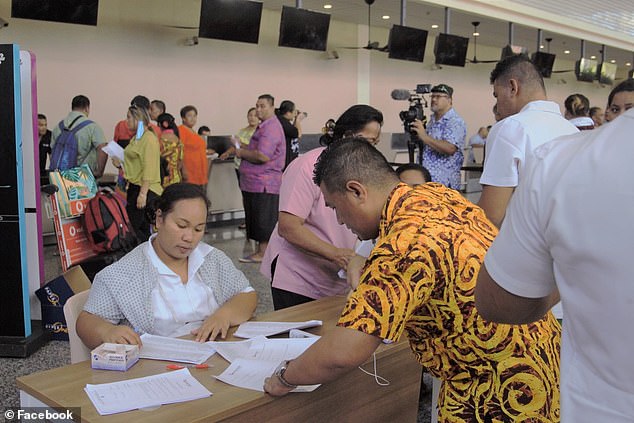 The heartwarming moment hundreds of seasonal workers from Samoa stand on the balconies of their quarantine hotel and sing a traditional Christian hymn as a ‘thank you’ to Australia has been captured on video.

The contingent of roughly 200 workers arrived two weeks ago in Hobart and are set to finish their isolation stints and go out to work on farms around the country in the coming days.

The clip shows every balcony at the front of the Best Western hotel filled with Samoans singing in unison as workers and onlookers on the street below stop to listen.

The Samoans were singing a rendition of Chris Tomlin’s gospel classic ‘How great is our God’ in their native tongue.

A clip of the beautiful moment has been liked by nearly 10,000 people since being uploaded on Wednesday with many people saying they were impressed by the positive attitude of the guests.

‘They bring a special vibe when you walk past them. Such happy people who wave and chat amongst themselves not hurting anyone. Well done to the team inside the hotel aswell,’ one person said.

‘Thank you. You are most welcome visitors to our state and country. Very uplifting and made our family smile,’ added another.

‘Lovely people who are willing to go into quarantine without whining and go to work on the farms so that we can have fresh food and fruit on our tables,’ a third said. 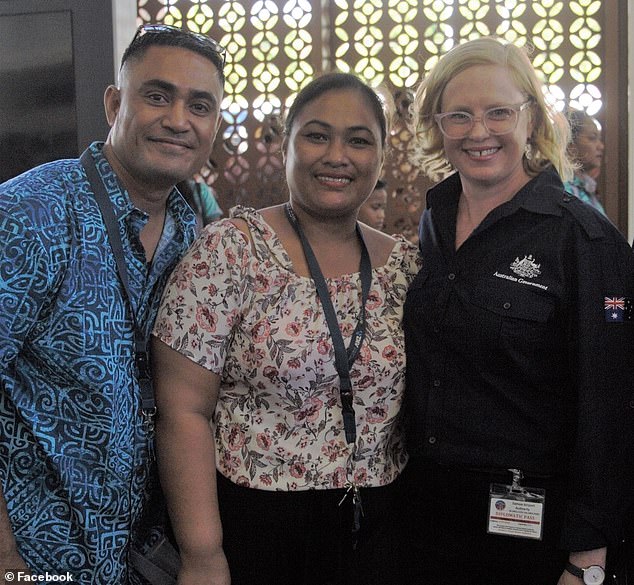 The Victorian government has struck a deal to bring in 1,500 Pacific Island workers who will quarantine in Tasmania and be required to get a negative Covid test before flying to Victoria.

In return the Victorian government will help Tasmania with their commitment to  bring back 330 Australians who are overseas and quarantine them in Victorian facilities.

Some people commenting on the clip said they really hoped the Samoans ‘got paid properly’ for their work.

Those who fly to Australia under the Pacific Labour Scheme are entitled to the same rights as Australian workers – including the minimum wage.

They are also covered by Fair Work Australia and can contact the ombudsman with questions about working in the country.

In addition the should be guaranteed a certain number of hours work per week and their visas cannot be cancelled by employers in Australia participating in the scheme.

The first group of 320 seasonal Tongan workers under the Pacific Labour Scheme arrived in Tasmania in March.

Samoan health authorities said on Thursday that about 14 per cent of the Pacific Island nation’s population has been fully vaccinated. 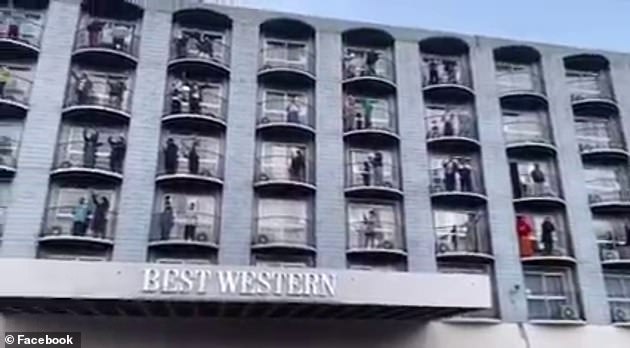 Their vaccination program has been carried out with the help of AstraZeneca vaccines from Australia and a soon-to-arrive shipment of Pfizer vaccines from New Zealand.

‘The hardworking group will gain skills while supporting their families and communities in Samoa,’ she said. 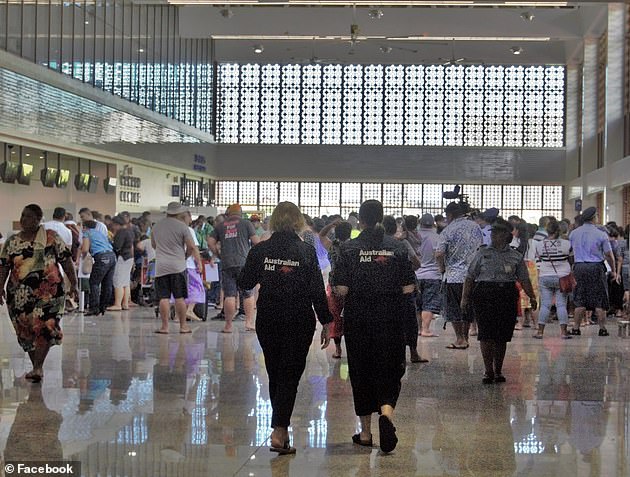