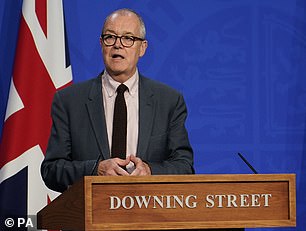 Sir Patrick Vallance tweeted to clarify 60 per cent of hospital admissions are among unvaccinated people, rather than vaccinated

Over half of people in the UK being admitted to hospital with the coronavirus are unvaccinated, the Government’s chief scientific adviser has clarified.

Sir Patrick Vallance originally said 60 per cent of hospital admissions were people who received both jabs, when speaking at a No10 press conference last night.

But he later tweeted to say the statistic was false, with the number actually applying to unvaccinated people.

This means double jabbed people going to hospital makes up just 4 in 10 of all hospitalisations, despite making up 87.9 per cent of the UK adult population.

But Sir Vallance warned that cases among vaccinated people will rise, as it is not 100 per cent effective.

It comes as the number of people requiring NHS treatment for Covid reached 742 a day last week — up 30.4 per cent compared to seven days earlier.

Meanwhile, around 3,630 people were in hospital with the virus across the UK, around one in seven of which were on mechanical ventilation. 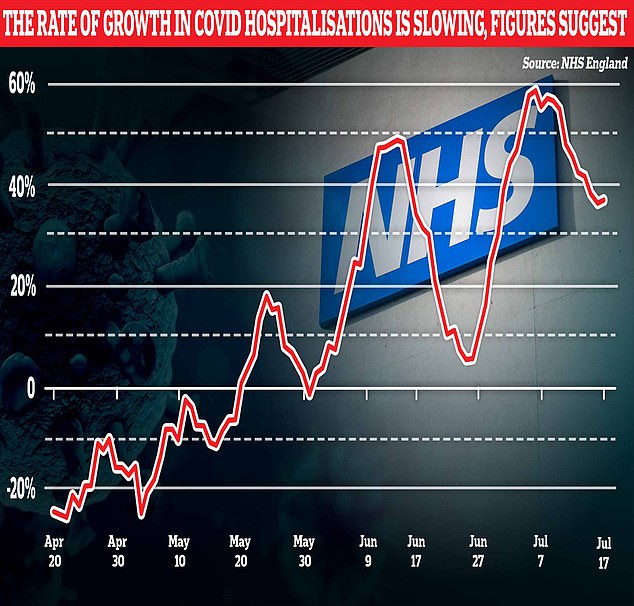 While hospitalisations are trending upwards across the UK, the rate at which the number is increasing is slowing.  Week on week data in the three weeks leading up to July 13 showed the rate hospitalisations were increasing at dropped from 52.9 per cent, to 36 per cent and then 30.4 per cent

He later Tweeted: ‘Correcting a statistic I gave at the press conference today, 19 July.

But he warned the proportion of unvaccinated people seeking hospital treatment for Covid will definitely rise.

Sir Vallance said: ‘What we will see as we get everybody — if everybody over 18 had taken up the vaccine, then of course anyone who caught it would be double vaccinated.

‘So the answer is we should expect to see a higher proportion of people in hospital and catching the infection who are double vaccinated.

‘That is inevitable that we will see that, because of the less than 100 per cent efficacy of the vaccines overall.’

A single dose of any of the three vaccines is thought to be slightly less effective (73 per cent).

All adults in the UK have now been offered the first dose of the vaccine. 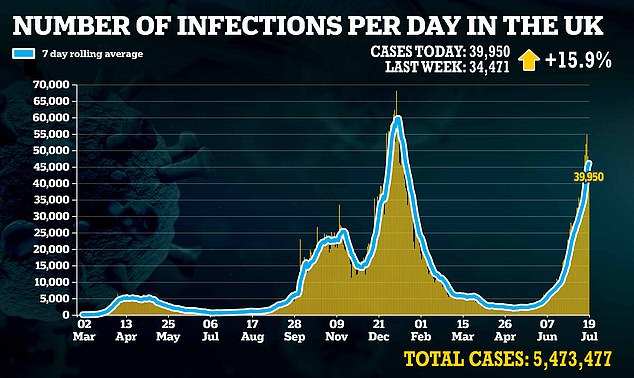 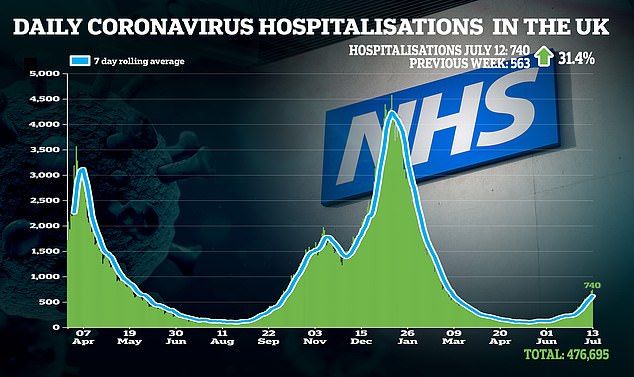 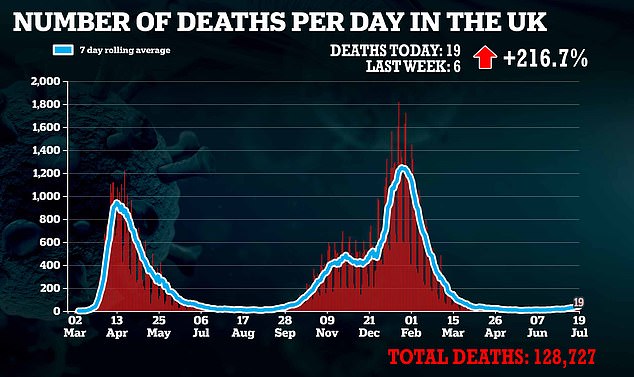 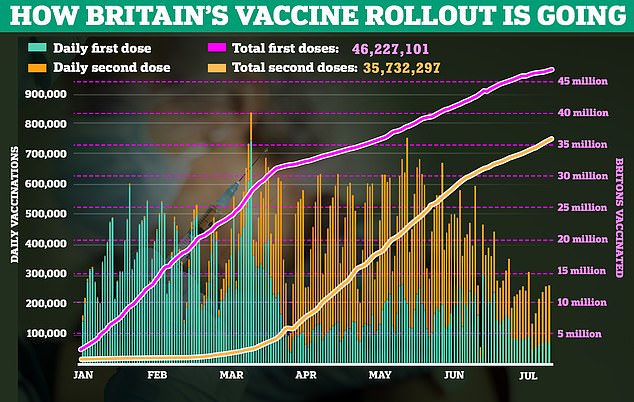 Latest Government figures show 742 people with Covid were admitted to hospital on Monday, a week-on-week rise of 30.4 per cent. Daily cases hit 39,950 and 19 people died within 28 days of testing positive. Meanwhile, 46.3million people have now had one jab and 36million are fully immunised

‘Woke’ RNLI ‘is turning down calls from stricken boaters because it…