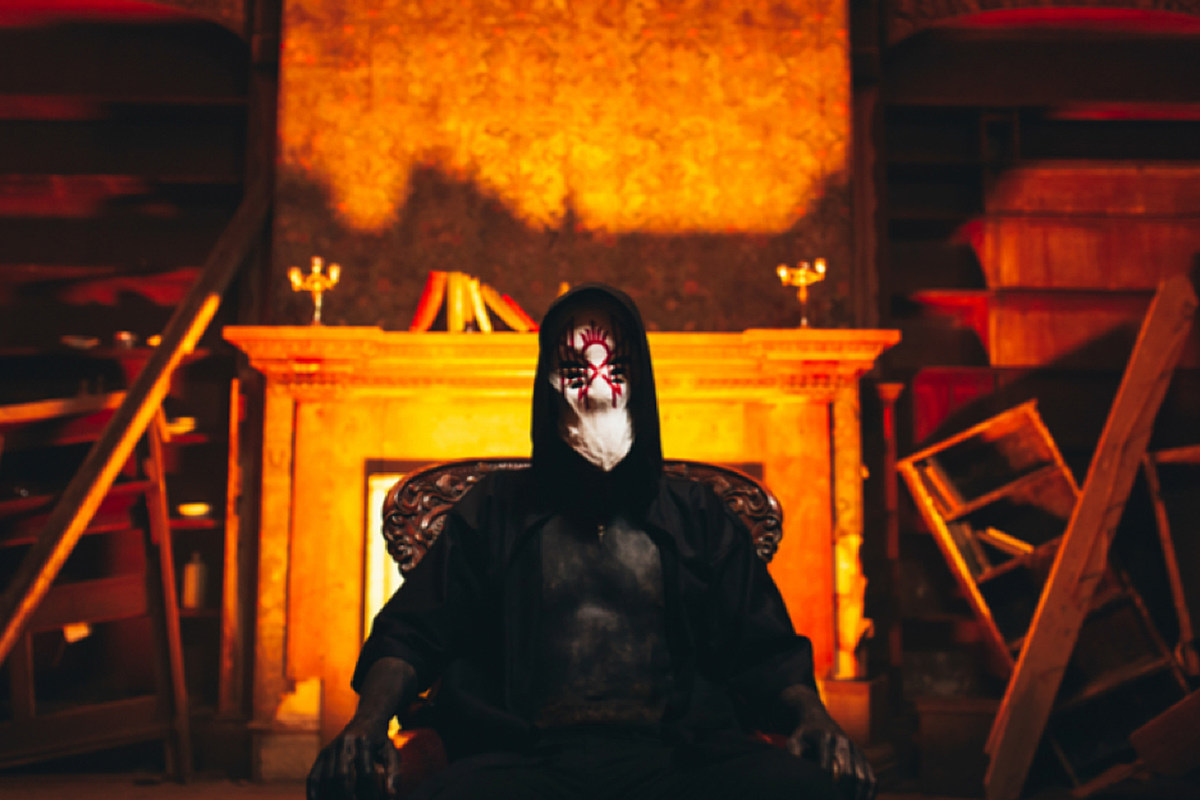 The mysterious band Sleep Token have returned with new music, announced a fresh album and have delivered what has to be one of the year’s creepiest and unnerving videos to date for their new song “Alkaline.”

The song itself is a bit dark and haunting, providing the perfect backdrop for the unknown horror that spools out over the clip’s three minutes and 30 seconds. The chilling video opens on the band’s masked central figure siting in a darkened room surrounded by lifeless bodies in contamination suits as additional armed intruders attempt to close in. How did those bodies get there and what darkness and evil lies in wait for those approaching? You’ll have to watch and see.

“Alkaline” is the first single from the group’s second album, offering the ominously dark title This Place Will Become Your Tomb. The album is set to arrive on Sept. 24 and you can view the artwork and track listing for the set below. Pre-orders are now being taken here.

Sleep Token first arrived on our radar last year, with the band releasing their debut disc Sundowning late in 2019. “Our identities are unimportant,” Sleep Token leader Vessel told Metal Hammer a few years back. “Music is marketed on who is or isn’t in a band; it’s pushed. prodded and moulded into something it isn’t. Vessel endeavors to keep the focus on His offerings.”

Prior to their full-length debut, the band issued two EPs, with each of their releases offering alluring electronics intertwined with moments of brash heaviness.

While their identities remain a mystery, more and more people will pick up on the band when they return to the road. They group is set to headline the second stage of Download’s pilot event tonight and they’ll be playing ALT+LDN in August this year.

3 Musicians Who Have (Or Had) Hidden Identities