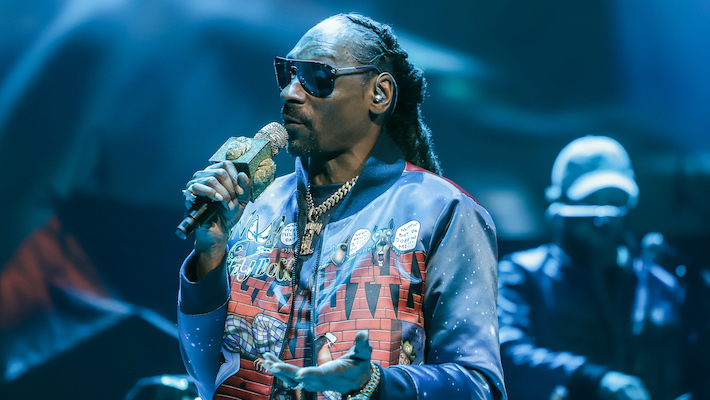 As the Undertaker prepares for a “Final Farewell” this Sunday ahead of his retirement, the WWE star unveiled something exciting, albeit wildly unexpected, on Friday. Undertaker teamed up with Snoop Dogg for a line of collaborative merch — and fans are both excited and confused.

Available exclusively through WWE’s website, the collection boasts t-shirts, hats, and hoodies in a handful of designs. While the collaboration may seem out of left field, Undertaker explained to Complex how the project came together:

“Obviously, Snoop is such an iconic figure in pop culture. And then obviously, the Undertaker has been around a little while himself, and plays a role in pop culture. So, to the date this Sunday, Nov. 22, marks my 30th year with WWE and then Monday, Nov. 23, will be the 27th anniversary of Snoop Dogg’s groundbreaking album at the time, Doggystyle. As crazy as it sounds, it makes a lot of sense that two figures so relevant in pop culture have these anniversaries coinciding with each other. I couldn’t be more happy to be doing this with Snoop. Obviously, everybody knows, everything Snoop does turns to gold anyway, and then half of that turns platinum. So, I think it’s really cool, and just adds another layer to each of our legacies in the entertainment world.”

Echoing Undertaker’s sentiment in a statement, Snoop noted his similarities with the WWE star. “Undertaker. 30 Years. Boss Dogg. 27 years. Godfather to Doggfather — I have an enormous amount of respect for such an icon in the sports and entertainment industry. Our career paths are similar in longevity and the respect we have from our peers,” Snoop said. “It’s only right we team up for this collaboration to celebrate both of our reigns as the Original Deadman and the Original Gangsta.”

While Undertaker and Snoop were on the same page about their collection, some WWE fans weren’t so sure. Many who caught news of the merch were initially confused about the collaboration.

If you went back to last year and you told me that Undertaker and Snoop Dogg were gonna team up to put out a clothing line, I wouldn’t believe you. Yet, here we are, and I’m not sure what to think about this. https://t.co/u99oYoQZJq

Others, however, were excited for the unexpected surprise.

Check out photos of the Snoop Dogg and Undertaker merch above.