Some of the best dog friendly cafes across Australia 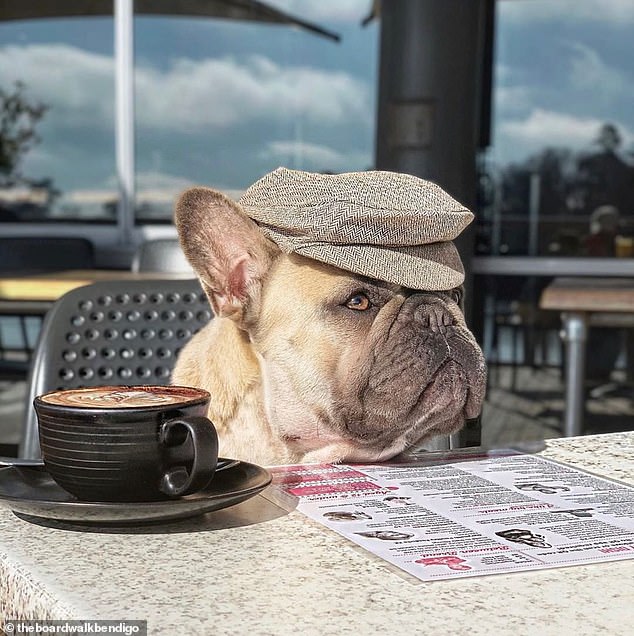 Families looking to getaway no longer have to feel the sting of guilt in leaving their beloved pets behind as animal-friendly bars and cafes pop up across the country.

From a dog-friendly winery in Surry Hills to a cafe with its own ‘dog menu’ in Queensland, more and more venues are becoming available for those who just can’t bear to leave their furry friends at home.

The Boardwalk Bendigo, in the central Victorian town of Bendigo, has become a crowd favourite for animal lovers.

Visitors can enjoy a meal with their dogs on the cafe’s large deck that overlooks the town’s famous Lake Weeroona.

The Boardwalk Bendigo even offers its very own ‘K9 Katering’ menu full of fancy treats for dogs including a $5 lamb shank bone, $3 chicken necks, and $8 for outback kangaroo ribs.

Just an hour south of Bendigo in Daylesford, diners and their dogs are also flocking to the Wombat Hill House cafe.

Sitting in the middle of the Wombat Hill Botanical Gardens, customers can enjoy a meal with their furry friends in the cafe’s outdoor area.

In another plus for the cafe, dogs are also allowed to run freely around the botanical gardens if they start to pester their owners too much. 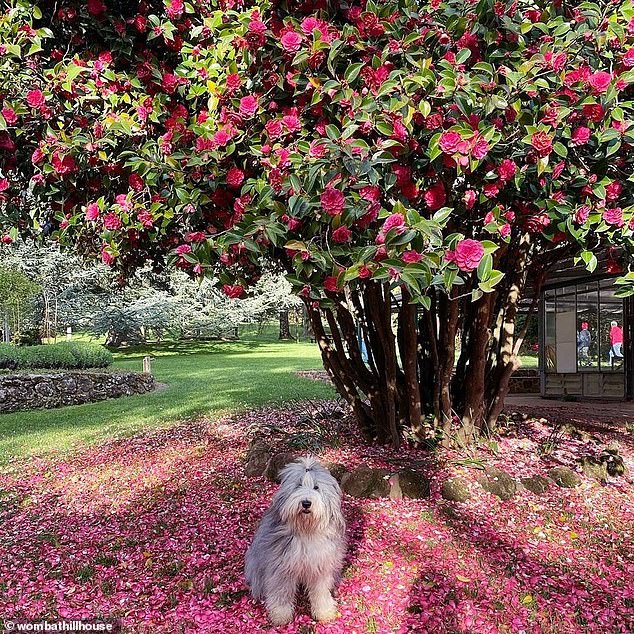 Animal lovers can also bring their dogs to the Wombat Hill House cafe in Daylesford, Victoria

The Burrow cafe in East Toowoomba, in Queensland is also bringing in huge crowds of customers – both two-legged and four-legged.

There are tables out the front as well as a grassed area for dogs which can be treated to a ‘puppycino’ or other tasty treats.

For anyone travelling around the Sunshine State, the animal-loving cafe is sure to be a place to stop by.

Queensland also boasts another puppy-friendly cafe, this time being the Murrays Cafe in Maroochydore.

The cafe sits just a stone’s throw away from Maroochydore Beach and is well known for its delicious freshly baked muesli. 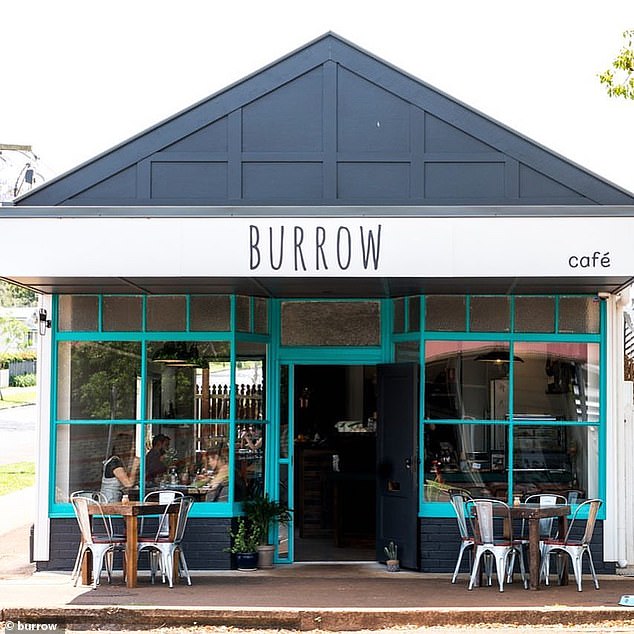 The Burrow cafe in East Toowoomba, in Queensland is also bringing in huge crowds of customers – both two-legged and four-legged 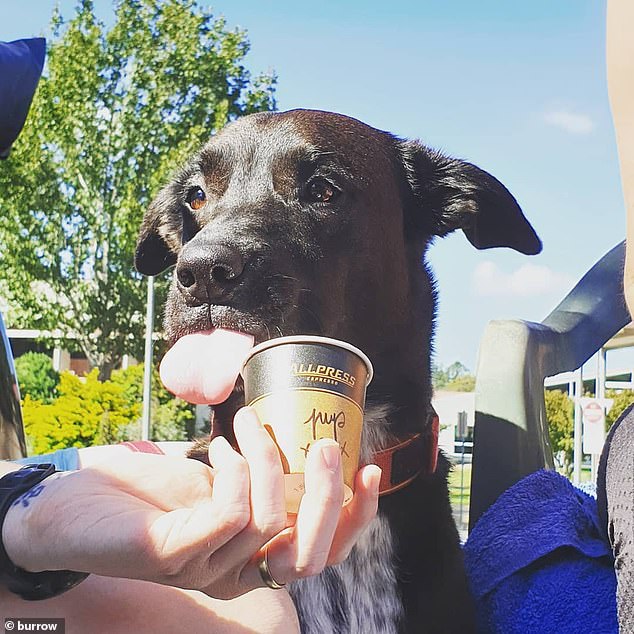 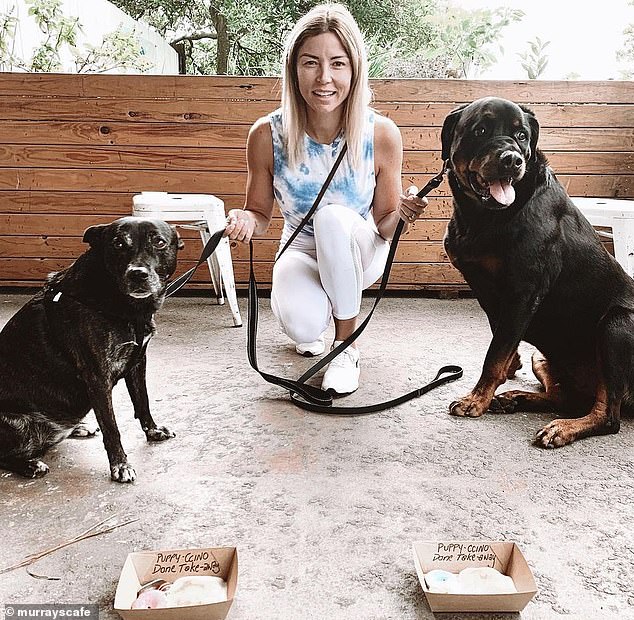 A pair of lucky dogs are seen treating themselves to some ‘puppycinos’ at the Murrays Cafe in Maroochydore, Queensland

But the menu doesn’t end there, with ‘puppycinos’ on offer for a few dollars as well as peanut butter iced donut cookies available for just $5.

Further south in New South Wales, the Cafe Inu in Carrington, Newcastle is becoming a local hotspot for Aussie foodies.

Dogs are allowed to roam around anywhere in the cafe and owners can also pick up some kangaroo jerkey treats for their furry friends.

The Winery in Sydney’s Surry Hills is a hotspot for young people with many indulging in long boozy brunches. 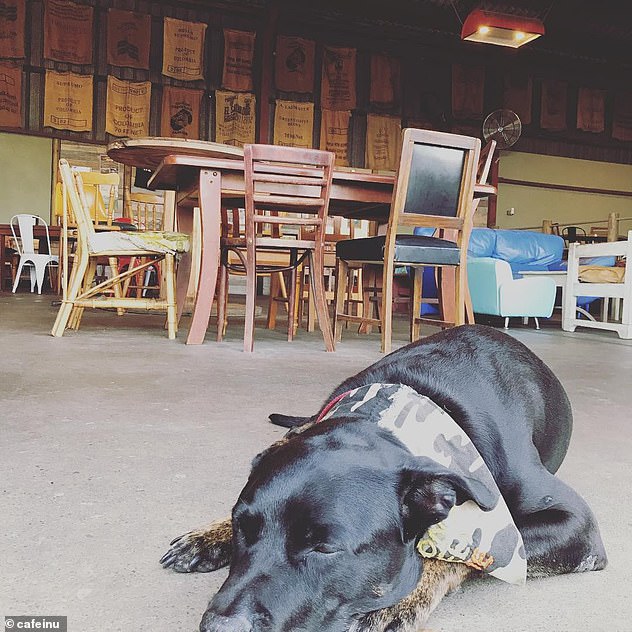 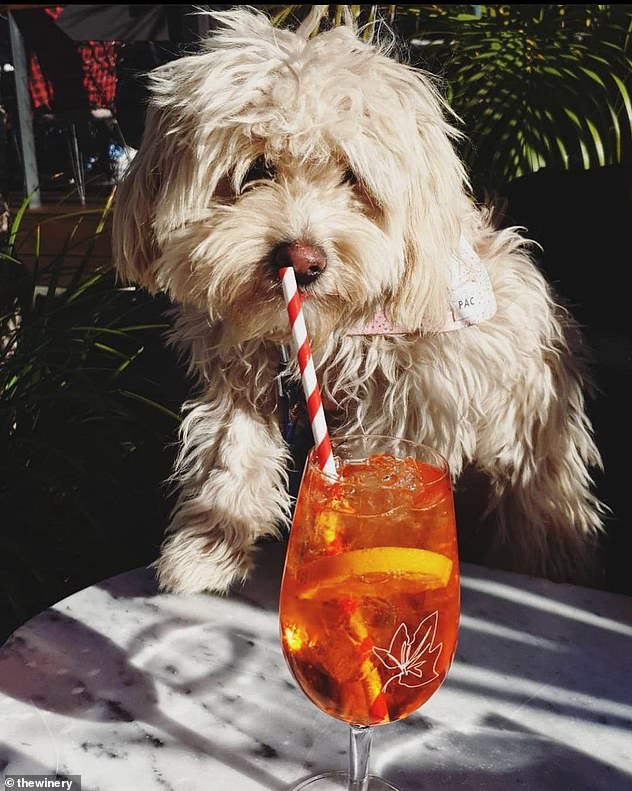 But many aren’t aware that dogs are also invited to come along to the inner-city bar.

Owners can bring their dogs at any time of day but animals are restricted to the outdoor laneway area.

For travellers heading to the other side of the country, those with pets should be sure to stop by the Propellor cafe in North Freemantle, Western Australia.

The cafe which is open for breakfast, lunch and dinner, as well as boasting an impressive bar, has a large outdoor area for dogs to run rampant in.

Wait staff are even known to hand out treats to dogs on their best behaviour.

Meanwhile, in Vasse, in south-west Western Australia, the Quill Collective is another beloved dog-friendly cafe.

Dogs must be kept on a lead and are only allowed to roam around the courtyard so to keep away from small children.

The list of dog-friendly venues was compiled with the help of Toyota.

1. Get them used to the idea of sitting in a car – by taking your pooch on shorter trips in the car leading up to the road trip

2. Keep up-to-date with vaccinations and flea treatments to make sure your dog is not scratching and feeling uncomfortable in the car

5. Don’t feed, hydrate! Avoid travelling in cars with dogs that have just been fed as the motion could result in them feeling or being sick, so only feed them an hour or two before you go an keep them hydrated on the road

6. Don’t leave your dog alone in your car with the windows cracked, even if the family is just nipping to a cafe for lunch. Instead look up a dog-friendly café and bring your pup along.

7. Take regular breaks – try to give your dog a toilet stop and a quick walk every hour 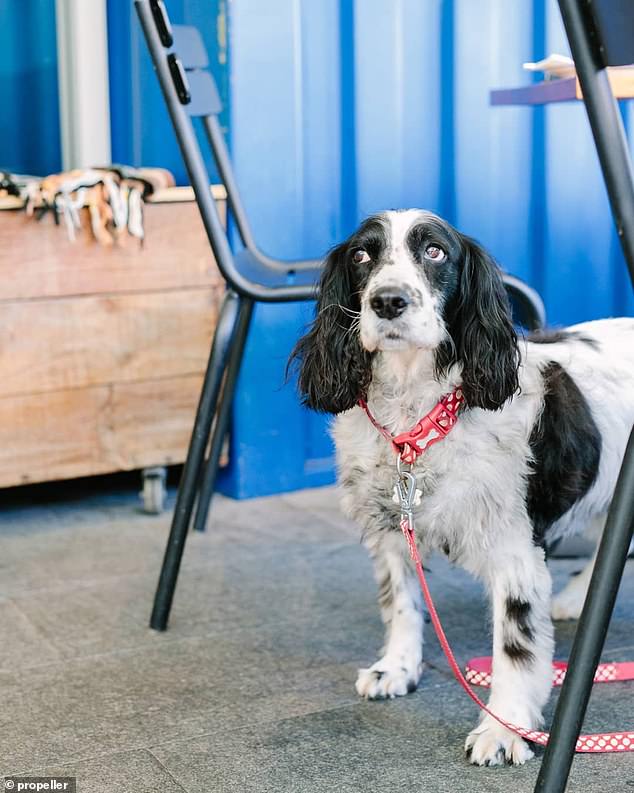 For travellers heading to the other side of the country, those with pets should be sure to stop by the Propellor cafe in North Freemantle, Western Australia 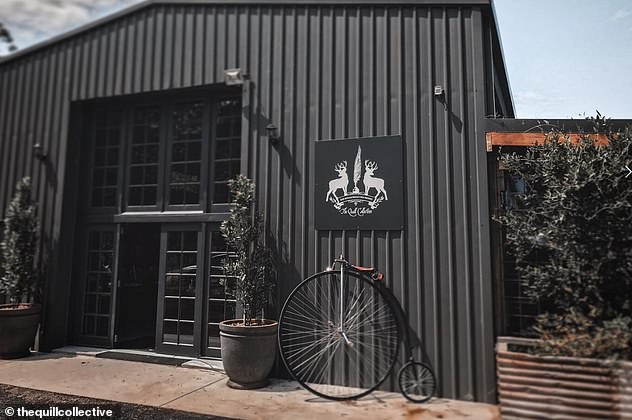 Farewell Butch, the king of the Caribbean: The dazzling founder of Sandals resorts has died aged 79