A grieving son is hoping a negative COVID-19 test will sway authorities to allow him to attend his mother’s funeral in Queensland.

Darren Budini and his family were given permission to cross the border from their home in Port Macquarie in New South Wales on Tuesday.

But they must spend 14 days in hotel quarantine will not be allowed to attend the funeral service.

‘We simply cannot understand why we have not been offered COVID tests. The tests can have less than a 24-hour turnaround time and prove a person isn’t a risk to the community.’ Mr Budini’s wife Nicole Marchment told The Gold Coast Bulletin.

Ms Marchment said tests should be offered for certain compassionate cases by the government such as funerals and urgent health issues rather than blanket rules.

She said she has asked authorities about this but has not received a response.

Both she and her husband have taken it upon themselves to be tested for COVID-19 and which returned negative results, with Ms Marchment saying she hopes this will allow her husband to attend the funeral on compassionate grounds.

Mr Budini’s mother Cheryl passed away in Thornlands in south-east Queensland on Sunday and while authorities have allowed a private viewing, Mr Budini and his wife will not be allowed out of quarantine to attend the funeral service.

Ms Marchment said she and her husband and their two children would be charged a prohibitively expensive $3,400 each for the government hotel quarantine.

Along with this one, of their children has Autism and does not like confined spaces and Mr Budini has a critical blood clotting condition which would be dangerous confined to the hotel. 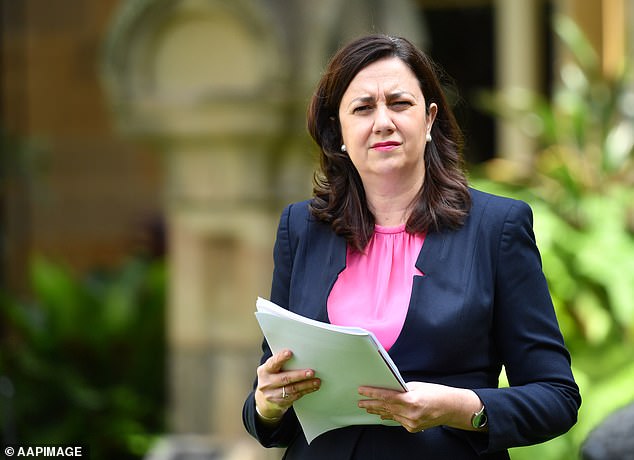 ‘It’s not possible and it’s not reasonable for us to quarantine for 14 days. The system is broken in Queensland, it’s tearing families apart. Where we are from in Port Macquarie (NSW Mid-North Coast) we haven’t had a case of COVID for nearly 200 days. We need an exemption from hotel quarantine.’ Ms Marchment said.

‘My husband is crushed and says we have to go home, but I don’t know what to do, I’m just devastated.’

The case echoes that of Canberra woman Sarah Caisip, 26, who was denied leave from hotel quarantine in September to attend her father’s funeral in Queensland.

Ms Caisip had previously applied for leave from hotel quarantine to visit her father in hospital but he passed away while the application was being processed.

Queensland Opposition leader Deb Frecklington said on Wednesday she would demand Chief Health Officer Jeanette Young ‘have a good hard look’ at Queensland’s strict border closures if she is voted in as premier on October 31.

She said the government needed to be more compassionate when granting exemptions to to bypass quarantine for certain cases.

Port Macquarie is just outside the the extended travel bubble where New South Wales residents do not have to quarantine.

‘While New South Wales and Victoria remain declared COVID-19 hot spots, residents within the declared NSW border zone who have not been in a hotspot within 14 days do not have to quarantine.’ a police spokesperson said.

‘Anyone who needs to enter Queensland from a hotspot for compassionate grounds must ensure they have the appropriate exemption from Queensland Health prior to travelling to the border.’ 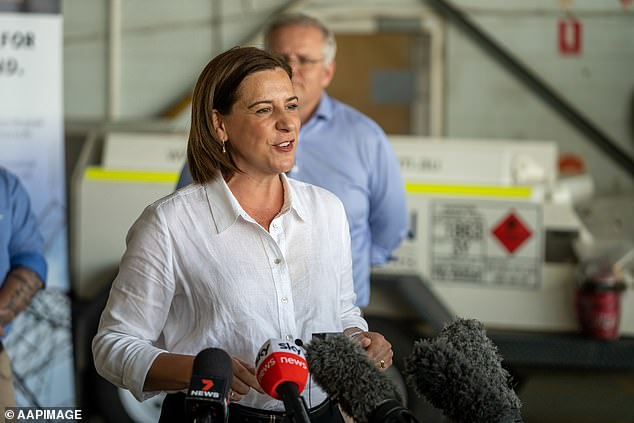 Steve Cohen’s $2.4 billion acquisition of the Mets is approved by MLB owners,…