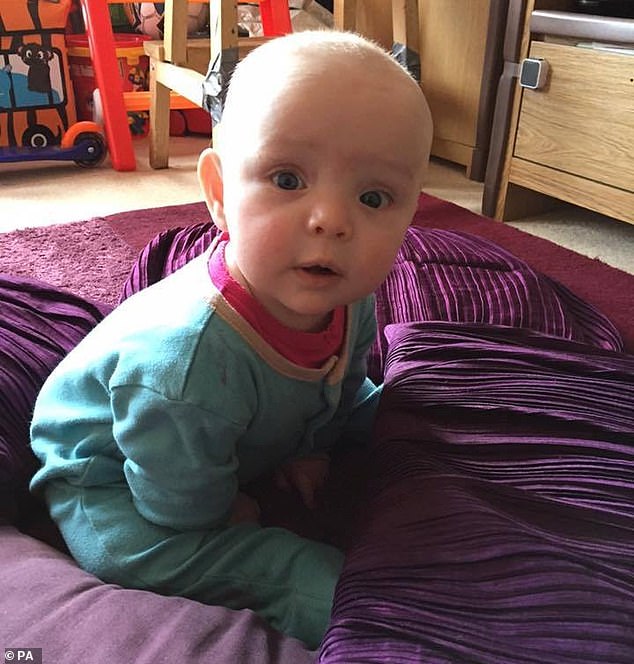 Hospital staff were ‘not experienced’ in administering a ‘dangerous’ anti-seizure drug which killed a baby girl, an inquest has heard.

Just days before her first birthday, on the morning of June 16, 2016, Sophie Burgess was rushed from her home in Chertsey to St Peter’s Hospital after having an afebrile seizure.

She was prescribed phenytoin, which was linked to an adult patient death at the trust that manages the hospital in January 2016 as well as another incident in 2014.

Despite being prescribed 200mg of phenytoin, the correct dosage, the 11-month-old was given at least five times that amount – approximately 1,000mg – which contributed to her death.

Paul Murray, the chief of patient safety at Ashford and St Peter’s NHS Hospitals Trust gave evidence of the second day of an inquest at Working Coroner’s court yesterday.

Dr Murray, appointed in April 2018, told the court the trust discovered the adult death was linked to ‘phenytoin toxicity’ in May 2016 – a month before Sophie’s admission.

No trust-wide alert was issued about the dangers of the drug following this discovery, or following the incident in 2014, which Dr Murray said was ‘regretful’.

He told the court: ‘We had begun our investigation, but I think with hindsight, there was a possibility we could have sent an alert out around phenytoin [before Sophie’s admission]. 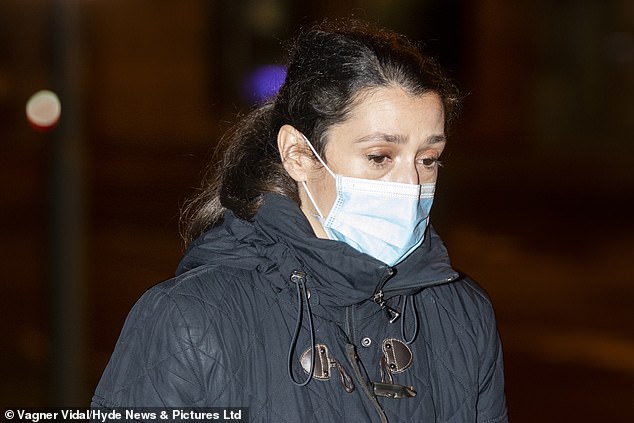 ‘The initial view, looking back of the correspondence, was that it was felt to be an abhorrent prescriber problem rather than a bigger issue with regards to phenytoin.’

Assistant coroner Karen Henderson questioned why the trust ‘had not maintained or reviewed guidelines for the use of phenytoin in a timely fashion’ before Sophie’s admission.

She asked: ‘Would it be right to say the trust did nothing to inform or to take steps to consider how phenytoin should be used in the trust prior to Sophie’s admission?.’

Dr Murray responded: ‘With all incidents, they are investigated. We had put in place the protocols around status epilepticus and there was a protocol in place related to seizures in children.’ 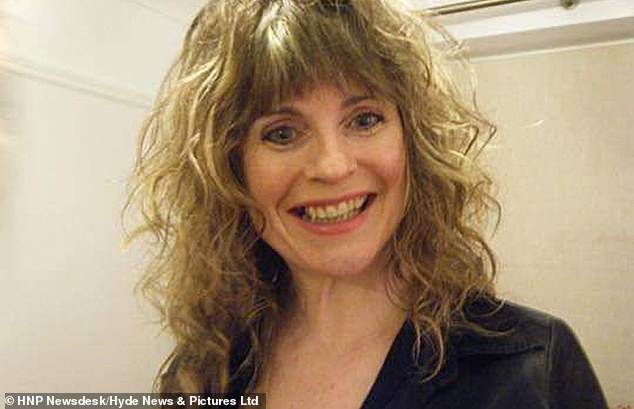 However, he admitted that the trust ‘had no policy in place at the time that stipulated how phenytoin should be given’.

He added: ‘We could always have done better with specifically phenytoin. I regret that we did not communicate out at the time when we’d realised that the adult death was in relation to phenytoin toxicity.

‘We had a small window of opportunity from May to June and, unfortunately, Sophie came in and died and we could have reacted differently.’

Day one of the resumed inquest on Thursday heard evidence from consultant Fiona McCarthy, who prescribed the phenytoin for Sophie at the hospital.

Dr McCarthy requested a correct dosage of 200mg and said it was ‘taken on trust’ the drug was drawn correctly by nursing staff. However, this was not the case.

Nurses first attempted to administer the drug in the resuscitation ward. This was unsuccessful as the syringe pump, the recommended method of delivery, was not functioning.

It was then decided that Dr Lojein Hatahet would administer the drug manually, from a handheld syringe, despite protestations from nurse Polly Leavold this went against hospital policy.

The drug was administered over a period of approximately 15 minutes, but staff did not stop when ‘cardiovascular compromise was reached’.

Sophie was subsequently pronounced dead at around 2.30pm.

Dr Henderson asked Dr Murray whether there should be national guidelines about the measurement and administration of high risk drugs, such as phenytoin.

He said: ‘It sounds very sensible to have guidance around moving from prescriber to administration and what normal standard checks would need to be in place.’

However, he said this is not presently in place at the trust.

‘For what happened to her under our care, I am truly and deeply sorry, as is the trust’

Dr Murray told the court that the trust ‘has taken Sophie’s death really seriously’ and ‘loads of changes’ have been made since.

The trust reached out nationally about its experience with phenytoin and alerted NHS Improvement, which then published a Patient Safety Alert on November 9, 2016.

He said phenytoin is now a controlled drug and is ‘much safer’; it is delivered in an undiluted form, and has to have the signatures of two prescribers before administration.

He also explained that, since October 2017, the number of incidents at the trust, which resulted in moderate or severe patient harm, has been reduced by 50 per cent.

He said: ‘I regret terribly what’s happened to Sophie and I think we’ve strengthened training going forward and have clearly marked phenytoin amongst our other high risk medication, and wish we had done that sooner.’

Addressing Sophie’s parents in court, he said: ‘From myself and on behalf of the trust, I would like to offer our condolences for the loss of your daughter, Sophie.

‘For what happened to her under our care, I am truly and deeply sorry, as is the trust.’

Caroline Pearson-Smith died on January 25 2016 at the hospital after being prescribed ten time the recommended dosage of the same drug.

800-year-old Pueblo Indian blanket made out of 11,500 turkey feathers