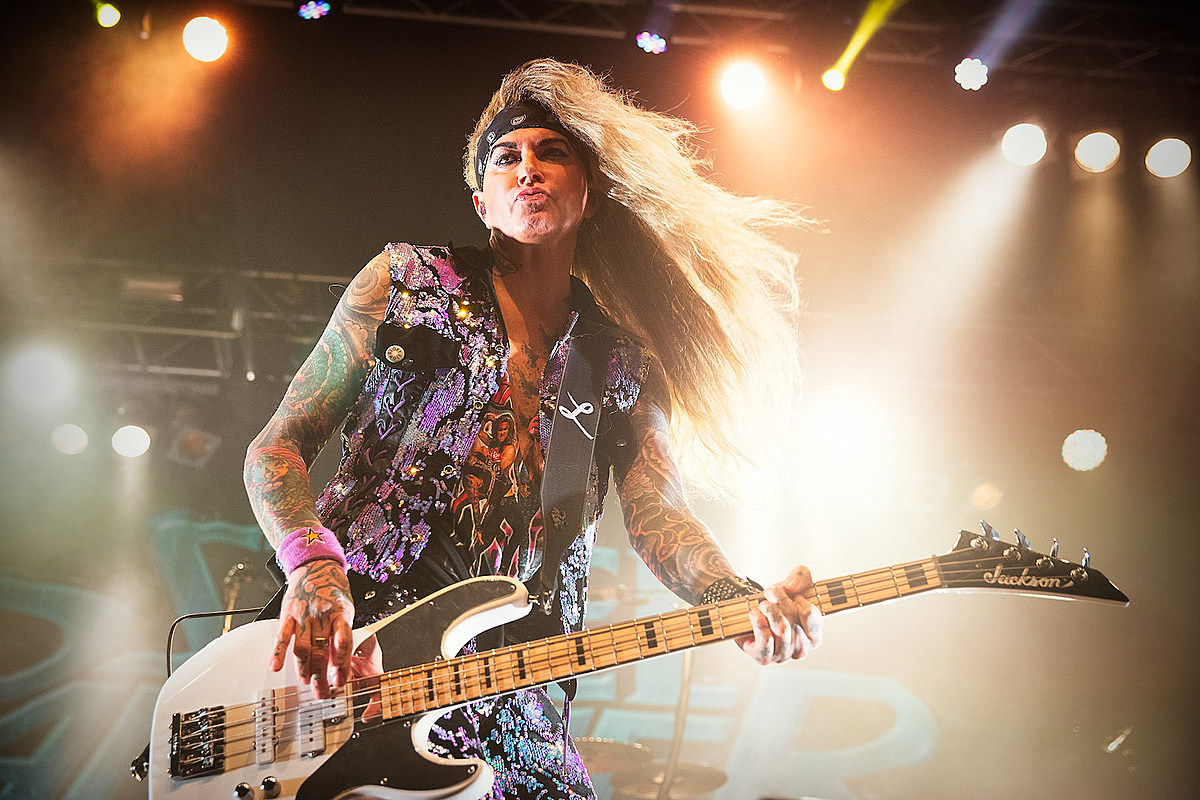 Steel Panther have announced the departure of longtime bassist Lexxi Foxx. The band wrote a statement detailing his leaving on their website.

The group posted a sentimental compilation video of photos and footage of the bassist on their YouTube channel, dubbed, “The End of an Era.” “For all the laughs. For all the metal. Thank you,” some text at the end of clip reads. See their full statement below, and watch the video underneath.

The great pandemic of 2020-2037 has affected all of us. For some though, it has opened doors of opportunity and been a catalyst to seek out one’s true calling in life. This is Lexxi’s story. He started his side business, “Sexy Lexxi’s Prettiest Pets,” to bring in money for Botox during the lockdown. But something miraculous happened. He realized that his love for making pets pretty was greater than his love for being pretty himself. Lexxi discovered a greater love. Possibly, the greatest love of all.

Lexxi has chosen to hang up his mirror and focus on his newfound passion. Making ugly dogs pretty. Anyway, after nearly 40 years of rocking together and taking Steel Panther from the Viper Room to headlining Wembley Arena, it is with heavy hearts – but great heavy metal memories – that we bid Lexxi Foxx farewell. We love you and we wish you a wonderful future putting eyeliner on chihuahuas.

Steel Panther will continue to rock the world. And though we may not ever find a bassist quite as beautiful as Lexxi, it shouldn’t be hard to find one to match his towering intellect.

Several of Steel Panther’s fans took to the comment section of their statement to react to the news.

“Absolutely gutted! From now on I am no longer a man, but a gender fluid automobile spare tyre who’s dying wish is the be Lexxi’s latex joggers,” one fan wrote.

“Very sad my old friends. But the show must go on,” another commented. “Good luck for Lexxi and the rest of the gang. Take care and god bless. You will find the right one for the show. Its hard but thats life, like Frankie sad. Rock on.”

Foxx has been a member of the band since they formed as Metal Shop in 2000. They switched their name to Metal Skool soon after, and then became Steel Panther in 2008. They’ve released five studio albums since 2009 — Feel the Steel, Balls Out, All You Can Eat, Lower the Bar and, most recently, 2019’s Heavy Metal Rules. Over the years, they’ve grown into one of the most loved, feel-good bands in the rock and metal scene.

We wish Foxx all the best on his future endeavors.

Steel Panther have a series of tour dates plotted for later this year, kicking off in September. Stay tuned for any further updates, and see the list of dates here.

57 Rock + Metal Bands Who Changed Their Name Before Getting Famous