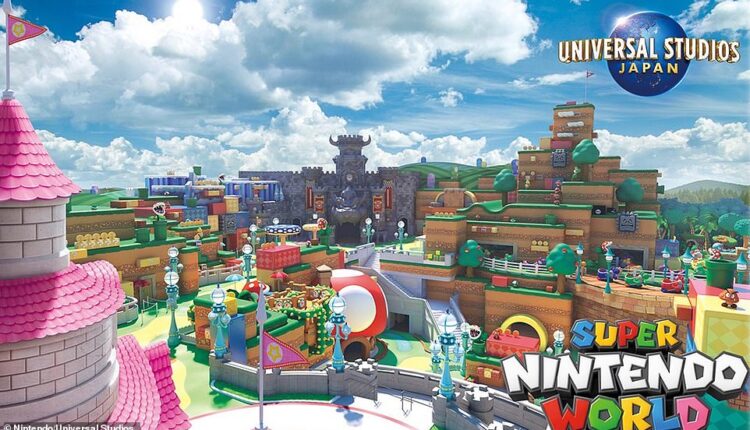 Japan‘s eagerly awaited Super Nintendo World will finally open early next year, it has been revealed.

The attraction had been due to open in July at Universal Studios Japan in Osaka ahead of the postponed 2020 Tokyo Olympics, but was delayed as a result of coronavirus restrictions.

It will now open in the spring of 2021, it has been confirmed, and guests will be able to enjoy a ride based on the beloved green dinosaur Yoshi and play real-life versions of their favourite games, including Super Mario and Mario Kart. 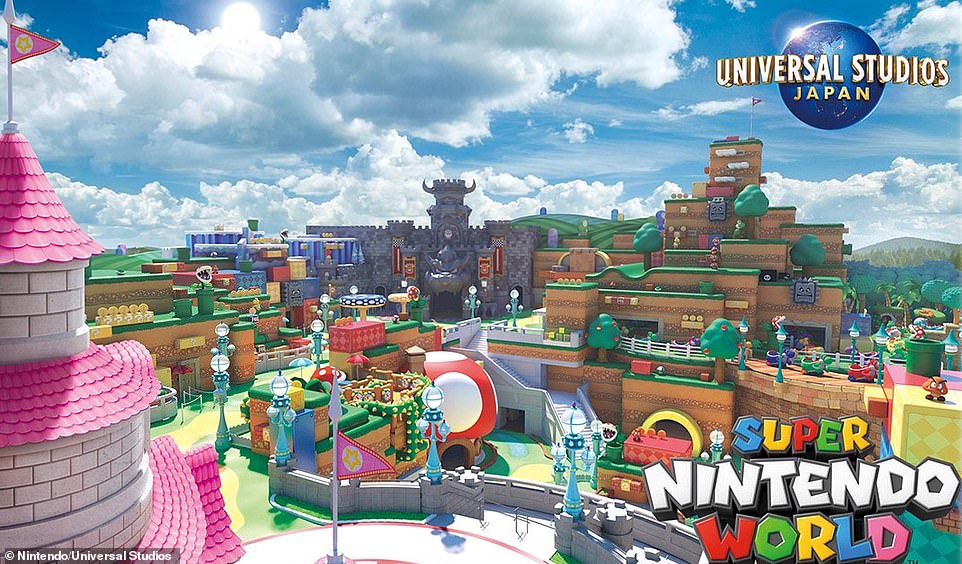 Super Nintendo World will open in the spring of 2021 at Universal Studios Japan, it has been revealed (rendering shown)

At a press conference in Osaka in January it was confirmed that guests will be able to enjoy an ‘experience that blends the physical world with the world of the video game – bringing the world of Nintendo to life’.

One experience will be based on Super Mario’s Mushroom Kingdom Universe.

Visitors will be able to wear wristbands, called Power Up Bands, which will allow them to collect digital coins, just like Mario does in the games.

As they explore the theme park, they can compete with others in ‘fun and friendly competitions’ in a bid to collect coins.

Visitors will also be able to obtain collectable items, such as character stamps, by achieving various goals.

Ahead of the full opening of Super Nintendo World next year, Universal Studios Japan will open a Mario-themed restaurant this week (October 16) in the park’s Hollywood area, featuring dishes and drinks inspired by the character and his friends, as well as a gift shop.

According to the theme park, the exterior of the restaurant and store will feature oversized Mario and Luigi hat sculptures, as well as the ‘iconic red and green colour scheme from the Mushroom Kingdom’.

The interior will include ‘checkered floors based on the Mario Kart racing flags, LED signs and a luminous sky ceiling’. 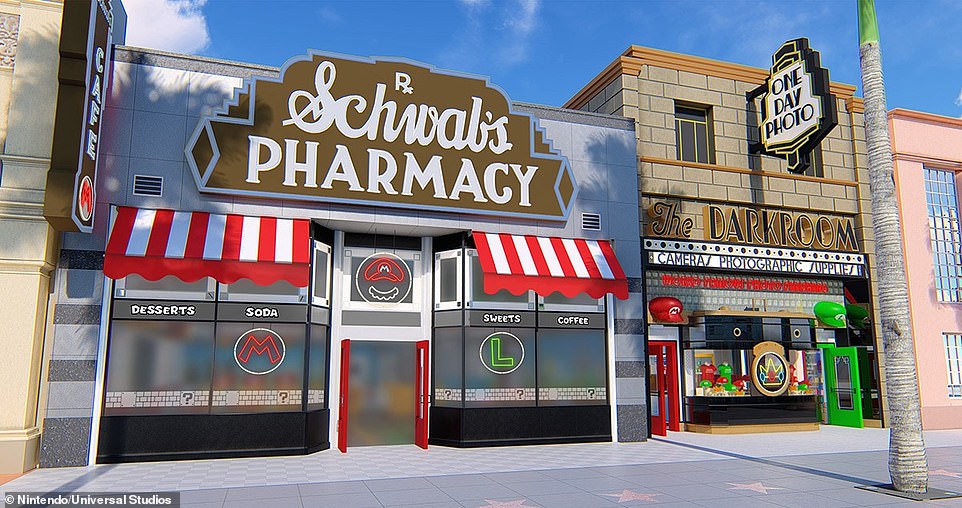 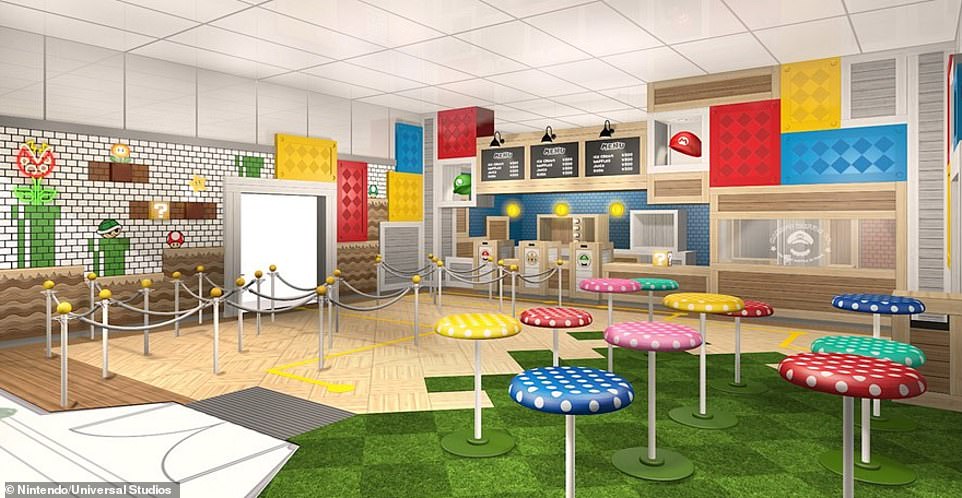 On the menu will be ‘Super Mario pancake sandwiches’, cream sodas and drinks that guests can buy inside a ‘super mushroom souvenir bottle’.

The Nintendo-Universal partnership was first unveiled in November 2016. 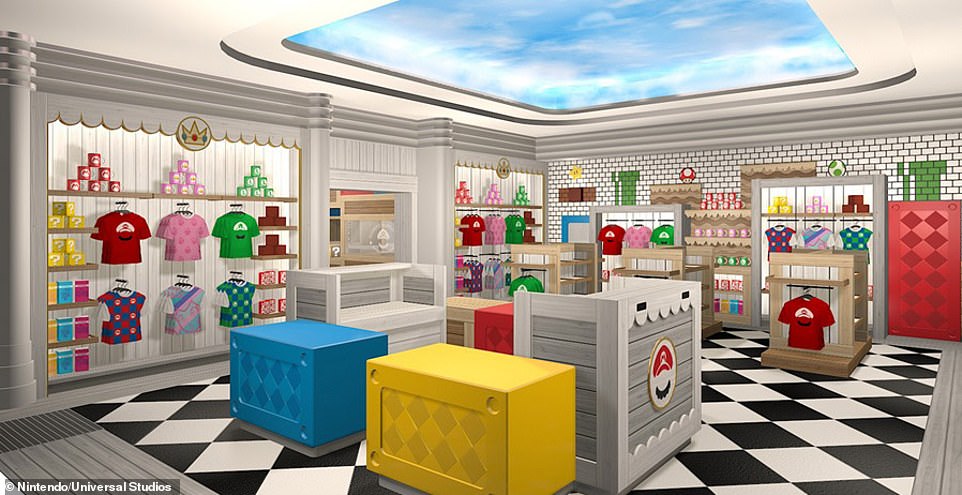 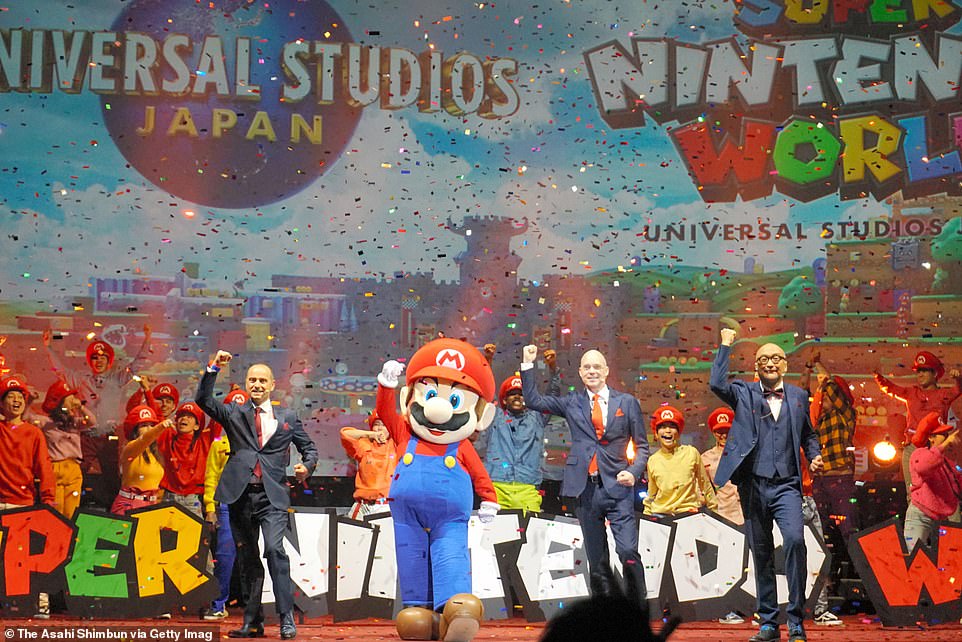 At a press conference in Osaka in January, pictured, it was confirmed that one experience at Super Nintendo World will be based on Super Mario’s Mushroom Kingdom Universe 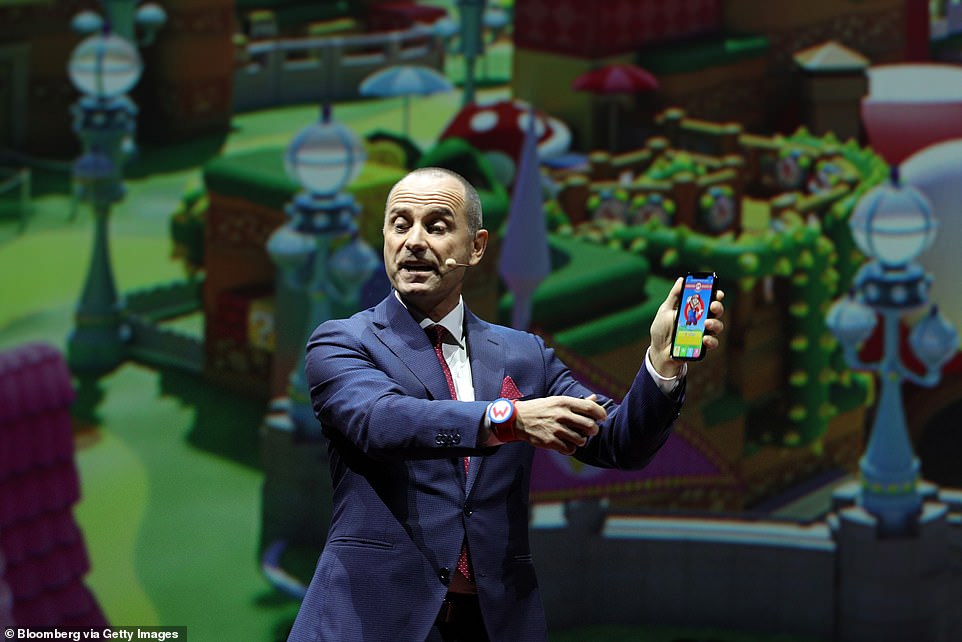 Thierry Coup, senior vice president of Universal Creative, wears a ‘Power Up Band’ wristband. Visitors to the park will be able to wear the wristbands to collect digital coins – just like players can in the Super Mario games