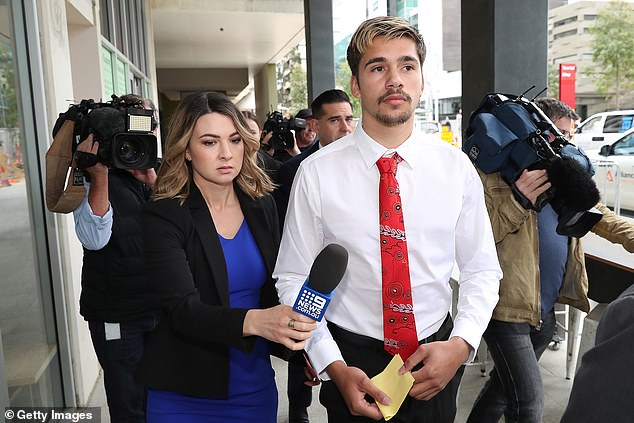 Promising AFL star Elijah Taylor has been sacked by the Sydney Swans, two months after he was stood down by the club over the assault of his ex-girlfriend.

The Perth-raised player is due to be sentenced this week after he recently pleaded guilty to assaulting ex-girlfriend Lekahni Pearce, 18.

The former couple first made headlines in August after Taylor went to extraordinary lengths to smuggle his then-girlfriend into the AFL’s quarantine hub in Perth.

Taylor was suspended for the rest of the season over the coronavirus biosecurity breach and remained in Perth to be with his family.

He was stood down by the Swans three weeks later after he was charged with the aggravated assault of Ms Pearce at a Perth hotel on September 13.

Former Sydney Swans young gun Elijah Taylor will reappear court for sentencing over the assault of his ex-girlfriend. He’s pictured outside Perth Magistrates Court in September

‘The situation Elijah and the club has found itself in is deeply regrettable. Elijah has made some very poor decisions which have led us to this point, and he acknowledges that,’ Swans football general manager Charlie Gardiner said in a statement.

‘This is certainly not a position we have arrived at lightly, however Elijah’s actions could not be reconciled.

‘It is obviously a sensitive situation and a legal process is still to play out, but in working with Elijah and his management, our collective view was that the right call for both Elijah and the club is to part ways. We have also consulted with the AFLPA and appreciate the support James Gallagher and his team has provided during the process.

‘This has been an incredibly difficult situation for Elijah, his family, and those involved. We are keen to see Elijah receive ongoing education and support in the hope that he can mature and learn from this experience, make better decisions in the future, and take steps towards rebuilding his career.’ 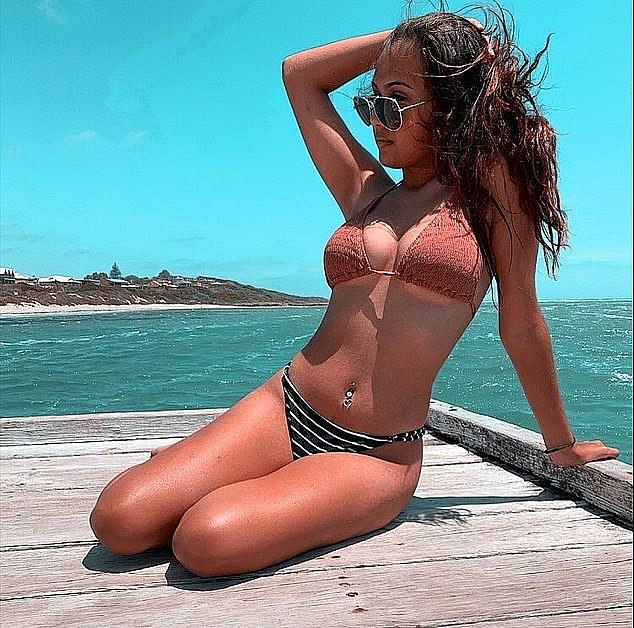 Elijah Taylor was stood down by the Swans in September after he was charged over the assault of his ex-girlfriend Lekahni Pearce, 18 (pictured)

His lawyer Seamus Rafferty told the court a pre-sentence report will be filed ahead of his sentencing hearing, which is this Wednesday (December 2).

A few weeks before she was assaulted, Ms Pearce, 18, crossed a golf course and jumped two fences to be reunited with her then-boyfriend holed up in an AFL quarantine hub at the Joondalup Resort before she was busted in Taylor’s room by Swans teammates.

Ms Pearce had just completed her own mandatory self-quarantine period after flying in from Sydney.

She claimed she didn’t see any security guards while sneaking into the resort.

‘I just walked through, went to his room. That’s how easy it was. I didn’t jump any fences,’ she told Channel Seven. 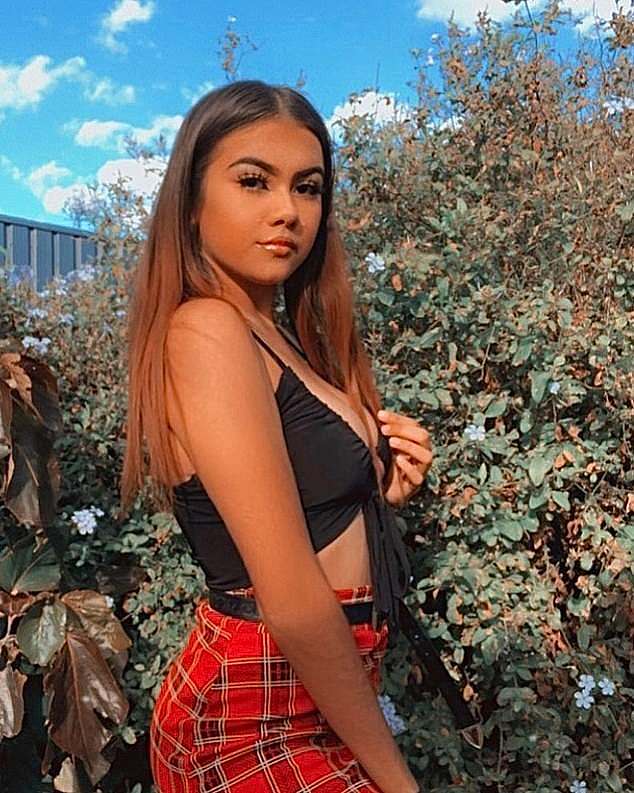 Taylor, who is the nephew of former AFL star turned Channel Seven commentator Brian Taylor, played four games for the Swans in 2020 after being drafted from Western Australia before his career came to an abrupt halt.

The Swans’ decision to stand down Taylor in September was backed by AFL boss Gillon McLachlan at the time.

‘Our view is clear and unequivocal. Violence against women is never OK in any circumstance, ever,’ McLachlan said in a statement.

‘Our absolute commitment is to respect women and to never accept or condone in any way, shape or form violence against women.’ 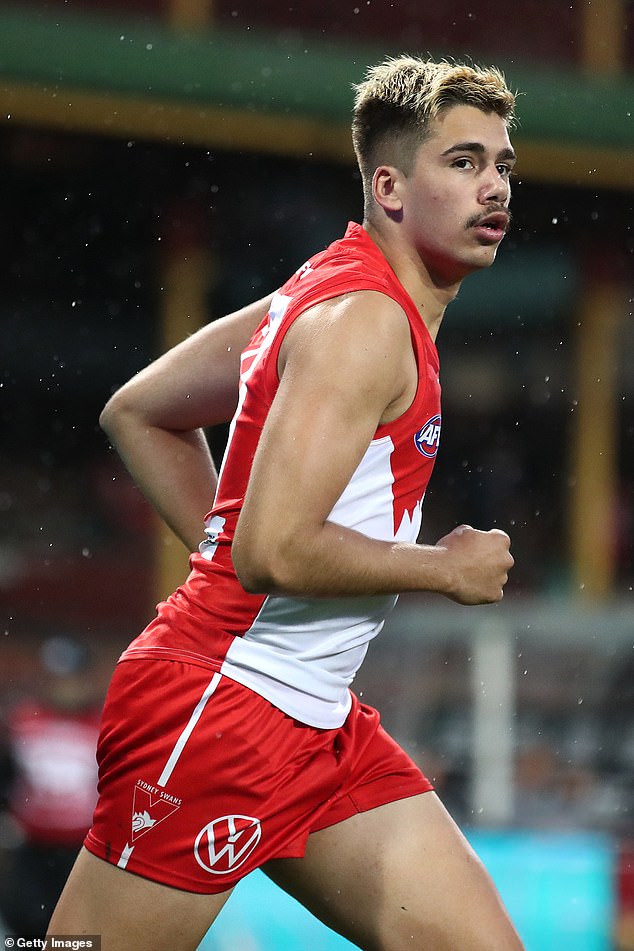 Elijah Taylor, the nephew of AFL commentator Brian Taylor has been sacked by the Sydney Swans, two months after he was stood down by the club