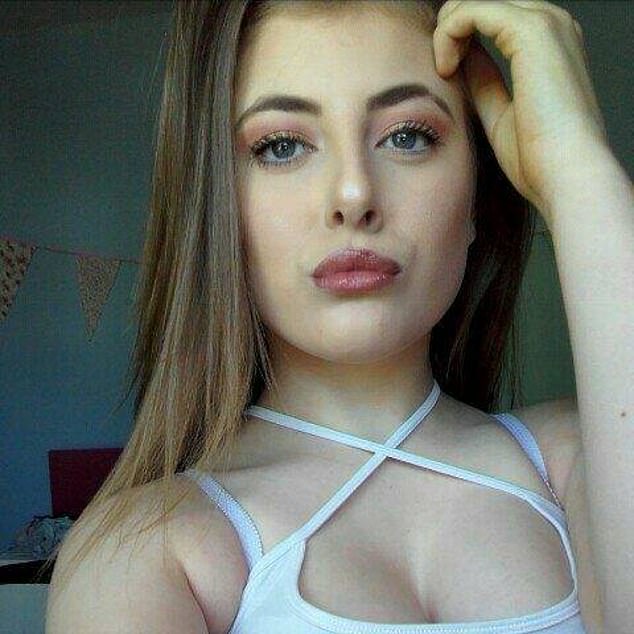 The teenagers who gave a 15-year-old schoolgirl a fatal ecstasy ‘bomb’ told her ‘you are gonna end up f****d up’ before she collapsed and died from the lethal dose, a court has heard.

One of the teenagers, Mitchell Southern, 19, bought MDMA crystals from dealer Connor Kirkwood, 18, before preparing bombs of the drugs for Leah Heyes and a friend of hers.

Leah collapsed after taking two grape-sized doses of ecstasy which she swallowed in cigarette papers on May 11, 2019, Teesside Crown Court heard.

Both Southern and Kirkwood have been have been jailed for less than three years for their roles in her death.

Two teenagers who gave a 15-year-old schoolgirl (pictured, Leah Heyes) a fatal ecstasy ‘bomb’ have been jailed for less than three years

Victoria Lamballe, prosecuting, said Leah had the whole of her life ahead of her.

‘She aspired to have a career in health and beauty,’ the barrister said.

‘She was very much looking forward to becoming a big sister – her mother was three months’ pregnant at the time Leah passed away.’

Southern, of Dondeen Avenue, Thirsk, admitted a single count of supplying class A drugs on the basis that he was friends with Leah and that he approached Kirkwood on her behalf, passing on her money to buy MDMA from him.

Police investigating her death tried to question the large group of teenagers seen with her on the night she died, but only two provided statements, the court heard.

One of them, who took MDMA with Leah, said Southern made grape-sized ‘bombs’ from the ecstasy crystals he had bought with their £20, and handed them over, the court heard. 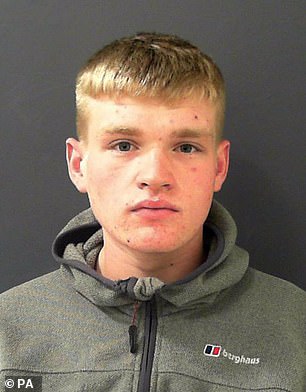 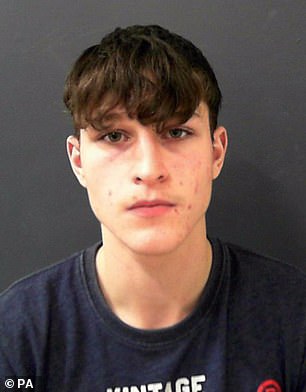 One of the teenagers, Mitchell Southern (left), 19, bought MDMA crystals from dealer Connor Kirkwood (right), 18, before preparing bombs of the drugs for Leah Heyes and a friend of hers

Leah took it and shortly after swallowed a second bomb then quickly had a bad reaction and collapsed, the court heard.

A CCTV operator watching the group warned police who arrived at the scene, as did Leah’s mother Kerry Roberts, who was in court to observe the sentencing.

Her daughter was taken to hospital but died that evening.

Kirkwood, then aged 17, from Lynx Lane, Dishforth, admitted supplying the MDMA and a separate charge relating to a £30 cocaine deal on the basis he was not there when Leah took the fatal dose. 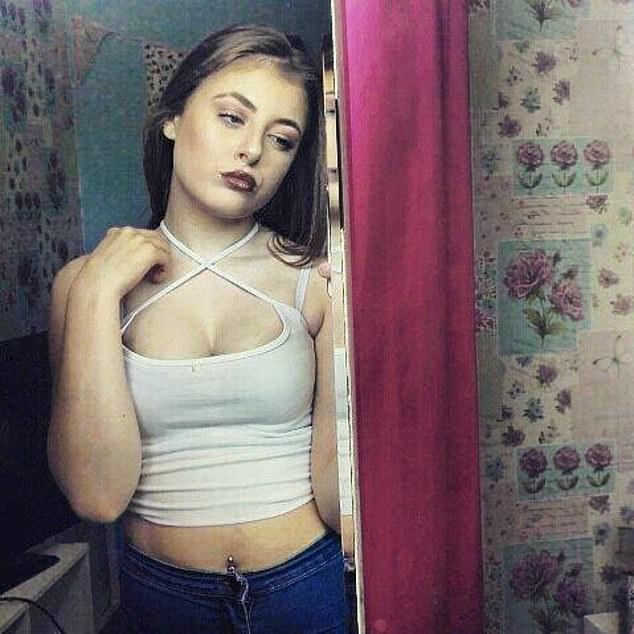 One of them, who took MDMA with Leah (pictured), said Southern made grape-sized ‘bombs’ from the ecstasy crystals he had bought with their £20, and handed them over, the court heard. The girl said Southern told them: ‘Yous are going to end up f***** up on this’

He had travelled to Northallerton by bus with a rucksack containing drugs he intended to sell.

He later said he was aware of young males ‘bombing’ the drugs, and expressed concern at the amount they were taking.

The group was said to have swarmed around Kirkwood, who advertised his wares on Snapchat, when he arrived at the car park, the court heard.

Robert Mochrie, defending Southern, said his client felt genuine remorse at the death of his friend and it will stay with him for the rest of his life.

Helen Chapman, defending Kirkwood, said: ‘He is sorry that he dealt drugs to that group of young people that night and that his actions led to the death of Leah.’

Judge Jonathan Carroll paid tribute to Leah’s mother and said the case was ‘truly tragic’ and an example of the danger of drugs.

He sentenced Southern to 12 months in a young offender institution, saying that although he did not make money from supplying the drugs, he had been ‘basking in the bravado’.

Kirkwood was sentenced to 21 months in a young offenders’ institution, with the judge telling him although he was exploited by other more senior criminals: ‘You went into this with your eyes wide open.

‘It was stupid, it was immature, but you knew what you were about.’

An inquest into Leah’s death was held last week.

LDR Policy; Over one year after, where are we?