Tesla unveils the Model S Plaid, which can go 0 to 60 in under 2 seconds

After pushing it back several months, Tesla has started to deliver its long-awaited Model S Plaid, its fastest car yet.

At the company’s Fremont, California factory on Thursday, CEO Elon Musk and the company’s lead designer, Franz von Holzhausen, introduced the near $130,000 car, which goes 0 to 60 in under 2 seconds.

However, to achieve the top speed of 200mph, drivers need ‘proper wheels and tires’ for an undisclosed additional cost, which according to the website, will not be available until fall 2021.

‘Faster than Porsche but safer than Volvo,’ Musk said during the event livestream. 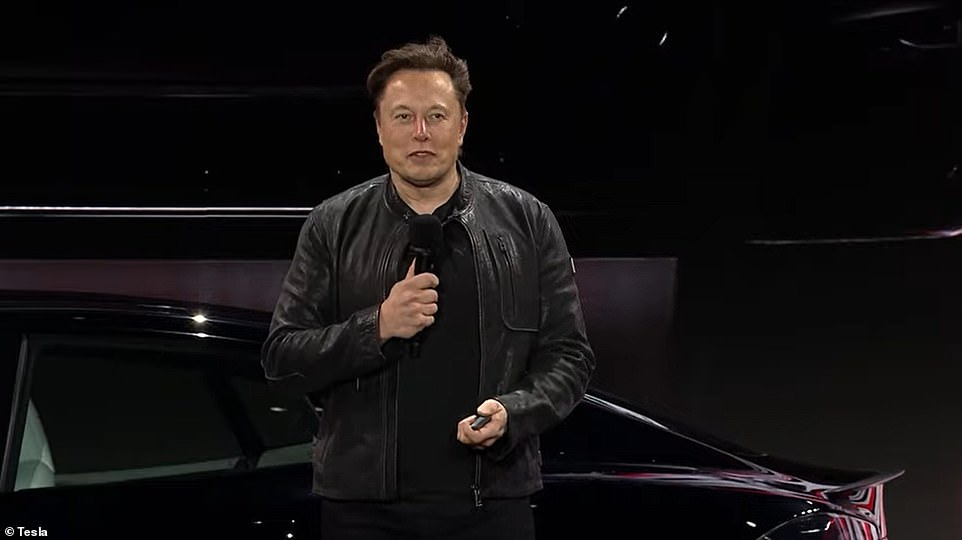 ‘Faster than Porsche but safer than Volvo,’ CEO Elon Musk said during the livestream

It’s unclear why Tesla raised the price and Tesla has not yet responded to requests for comment from DailyMail.com.

According to the company’s website, the tri-motor Model S Plaid has a 390-mile range, a top speed of 200mph and 1,020 horsepower.

With a dual motor configuration, it can go 412 miles on a single charge.

‘With the longest range and quickest acceleration of any electric vehicle in production, Model S Plaid is the highest performing sedan ever built,’ Tesla wrote on its website. ‘Both Long Range and Plaid powertrains, with updated battery architecture, are capable of back-to-back, consistent 1/4 mile runs.’

Musk, 49, noted that the Model S Plaid with Autopilot would make it easier for drivers to take the most efficient route.

It will guess the location, direction and route until it ‘will just keep minimizing the amount of input that you need to do until the car just reads your mind.’

The 4,766-pound Model S Plaid also will be more energy efficient, with an HVAC system capable of using 50 percent less energy and a pump that improves cold-weather range by 30 percent. 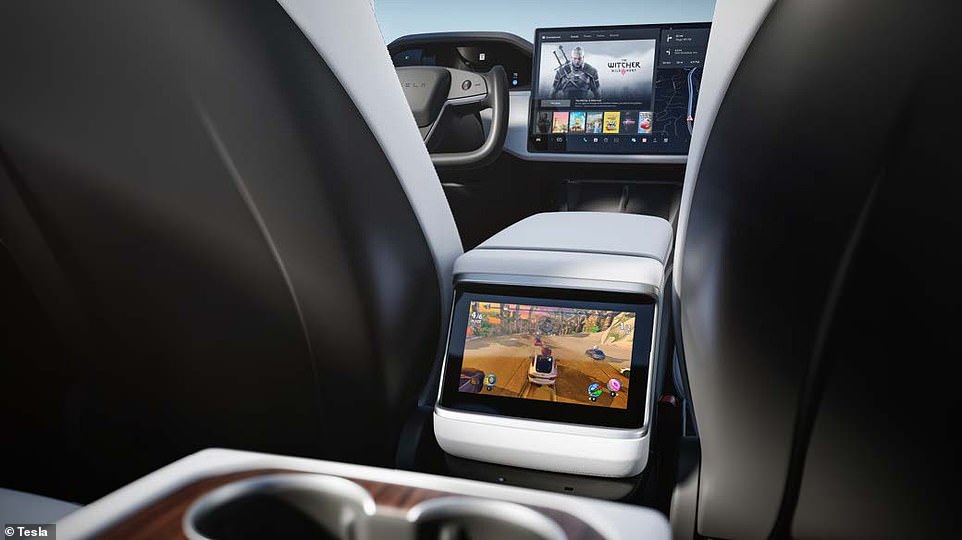 The new electric vehicle also has an ‘all-new interior,’ including a yoke steering wheel, a panoramic 17-inch main screen and ventilated front seats 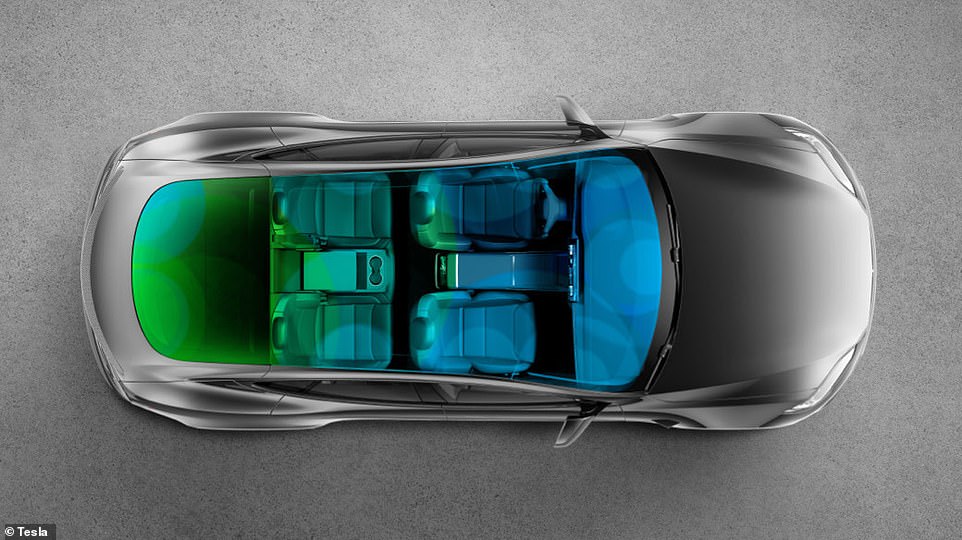 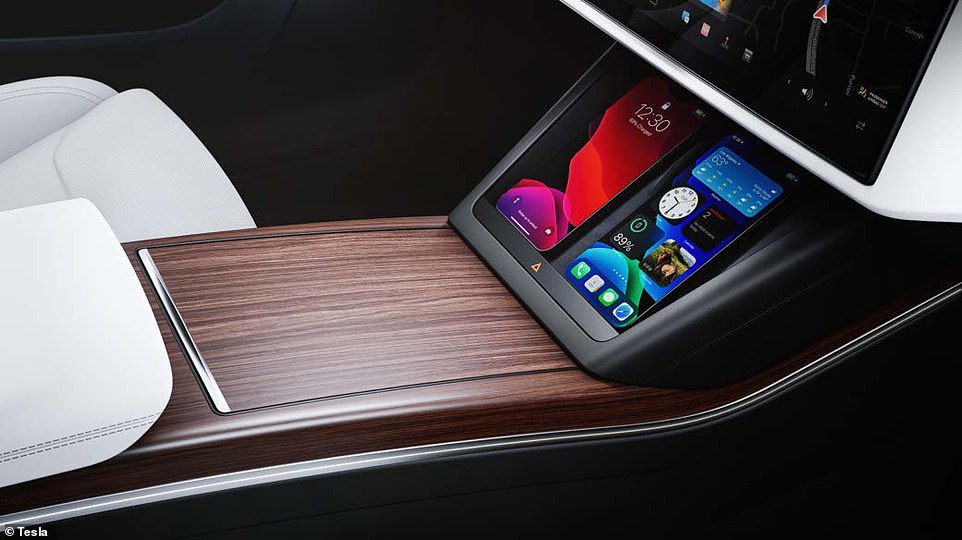 The new electric vehicle has an ‘all-new interior,’ including a yoke steering wheel (something that reportedly came as a surprise to the National Highway Traffic Safety Administration), a panoramic 17-inch main screen, and ventilated front seats.

The NHTSA contacted Tesla about the yoke steering wheel, which is half the size of a traditional wheel, because of concerns that it may not meet the Federal Motor Vehicle Safety Standard.

The Model S Plaid also the ability to play video games at the highest level in the car, ‘on-par with today’s newest consoles,’ the website added, with Musk repeatedly comparing it to Sony’s PlayStation 5.

It comes with an additional 8-inch rear display for passengers. and front and rear charging ports.

Musk noted that production and delivery of the first 25 cars is happening now, adding that they should be able to produce several hundred cars per week ‘soon’ and 1,000 per week in the third-quarter, according to TechCrunch.

Earlier this week, Musk tweeted that an even higher-end version of the car, Plaid+ was canceled, as there was no need because ‘Plaid speed is just so good.’

This car feels like a spaceship. Words cannot describe the limbic resonance.

Plaid is a reference to Musk’s love of the movie ‘Spaceballs,’ updating the Model S with ‘ludicrous speed’ in the past, a nod to the 1987 Mel Brooks comedy.

Australia calls for second investigation into how Covid-19 began