The Darkness Announce ‘Streaming of a White Christmas’ Livestream 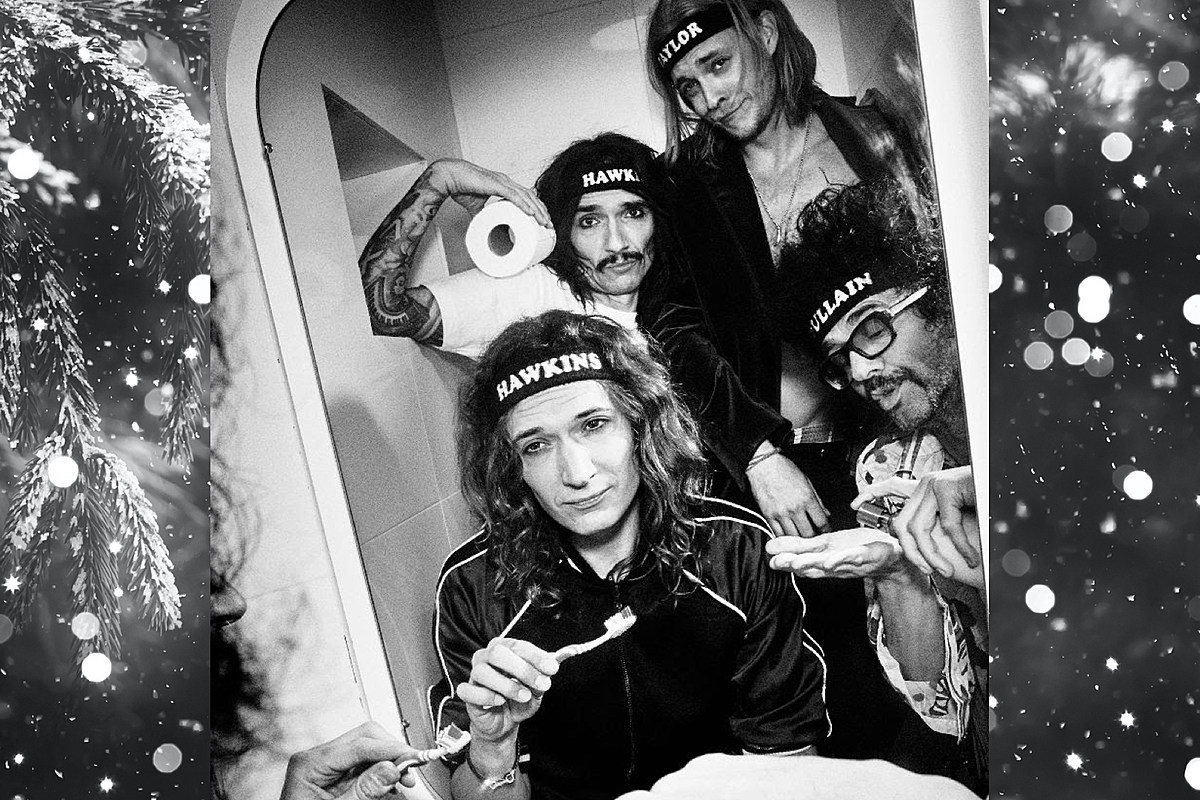 Glammy U.K. rockers the Darkness will bring holiday cheer to headbangers worldwide when they perform a concert from London next month to be livestreamed as Lockdown Live: Streaming of a White Christmas.

The show, per a press release, promises to be a “flamboyant extravaganza packed with all the snow and tinsel one could dream.” It will broadcast from the Indigo at the O2 Arena on Friday, Dec. 18, at 8PM GMT (3PM ET). Tickets go on general sale this Friday, Nov. 27, starting at 9AM GMT (4AM ET).

The livestream concert follows the Darkness’ latest studio effort, the presciently titled and artistically censored Easter Is Cancelled, which arrived in October 2019. As the coronavirus pandemic emerged in the months after the album’s release, the band now joins others in mounting a virtual gig.

The Darkness frontman Justin Hawkins quipped, “OK, so we pressed the wrong button and canceled Easter. And we’re sorry about that. Let’s move on, yeah? Christmas is coming, and nothing says joy and surprise like the Darkness, rocking live in your living room!”

The singer also hinted at some onstage surprises by saying that “a few brave and immune rockers will have the good fortune to join us in the stadium of dreams for this exclusive event.”

The performance will be recorded and thereafter issued as a live album also called Streaming of a White Christmas, scheduled to be released on CD and vinyl in April 2021.

But that’s not all the Darkness have going on for this Yuletide season. The group has also teamed up with London-based brewery Signature Brew to issue a signature seasonal beer called Bells End.

Of the beverage, guitarist Dan Hawkins says the band “wanted a beer that’s punchy and drinkable at the same time. Signature Brew really know their stuff and captured exactly what we were after. Bells End has got a bit of oomph to it but it’s something you can drink in the run-up to Christmas and throughout the whole season. It’s a very wintry beer, it’s perfect and we can’t wait for everyone to try it.”

The Darkness fans can get their Streaming of a White Christmas livestream tickets right now at the band’s official web store. There, pre-sale access comes with pre-orders of the subsequent live album. General tickets will be available from the above on-sale date at this link.

20 Ways to Binge on Rock + Metal History While in Quarantine

Australian iron ore exports surge to a record high of $10.9 billion in October