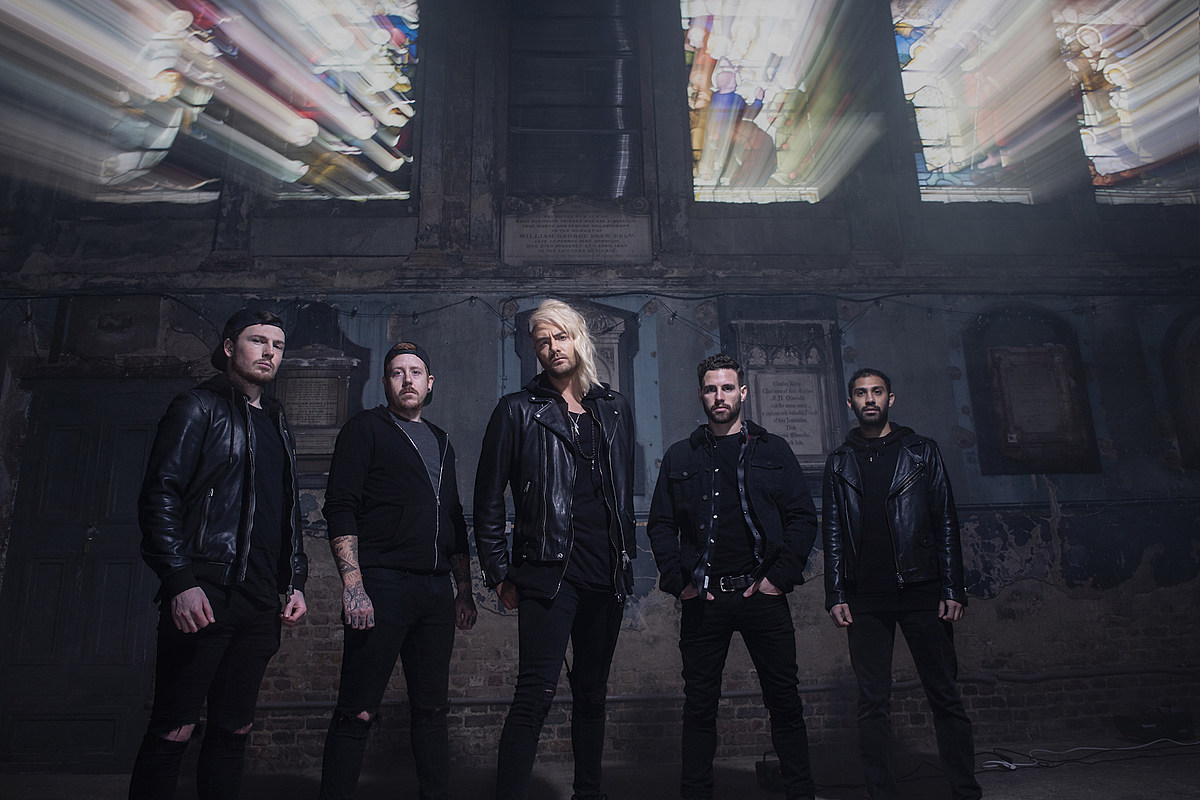 Melodic metal group The Raven Age have set Exile as the follow-up to 2019’s Conspiracy album, which will feature two new original songs, one being the newly-released “No Man’s Land,” reimagined versions of past songs and a handful of live selections.

“The concept for Exile is something we had been toying with for a while,” said vocalist Matt James.

“We had done alternate acoustic style versions of songs before and the response was so positive it made us think about doing a whole album this way! Obviously, The Raven Age is first and foremost a metal band but due to the melodic nature of our songs they can lend themselves to this kind of treatment. We were pleasantly surprised how great so many of the songs sounded stripped back to their bare bones,” he continued.

“Each reimagined song has now taken on a new life of its own and gives the listener a completely different perspective from them,” the singer further detailed.

Expressing more excitement for the forthcoming release, James offered, “The two new tracks ‘Wait For Me’ and ‘No Man’s Land’ were a homage to this project’s concept and we hope it shows people the band’s versatility and different dimensions. Exile is a passion project for our fans in between albums and with the current climate of the planet, it gave us the perfect excuse to roll with it!”

Guitarist George Harris, son of Iron Maiden bassist and founder Steve Harris, commented on the new single, stating, “‘No Man’s Land’ is a song reflective of the mental state I was in when everything hit at the start of 2020. The band had a huge couple of years touring wise and had built up so much momentum, the morale in the camp was higher than ever before. Our last gig of 2019 was at the London O2 arena alongside Alter Bridge and Shinedown, so to go from those heights to nothing was devastating for us.”

“We’re at the stage in our careers where we rely on that momentum and buzz to keep us reaching forward,” Harris went on, “and to have the rug pulled from underneath us left us in a state of limbo where we suddenly didn’t know if everything we’d built so far and worked so hard for was all for nothing.”

Listen to “No Man’s Land,” a stripped back, emotive track, at the bottom of the page where you’ll also find the album art and track listing for Exile, which will be out Sept 17 on EX1 Records.

Pre-order the album here and get tickets for The Raven Age’s ‘The Year the World Stood Still’ livestream event set for Sept. 16 at this location.

The world’s most dangerous roads revealed, with the A1010 deemed worst in the UK