The Weeknd Might Release A Cinematic New Album During The Pandemic 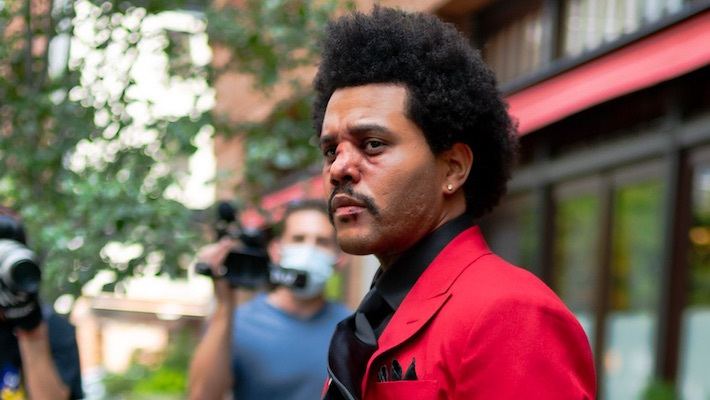 The Weeknd’s new album After Hours is only about six months old now, but he’s not promoting it like he has previous albums. That’s not his fault, though, as the pandemic has limited options on that front. What he has been doing, though, is working on new music. In a new Rolling Stone profile, he said that he could actually have a new album out during the pandemic.

The piece concludes by noting that The Weeknd has “begun producing some of the new songs he’s written out of a makeshift studio in his condo.” The Weeknd himself said, “I might have another album ready to go by the time this quarantine is over.”

He also suggested that his new music is different from After Hours, and that the whole album cycle will be cinematic in nature: “I’m guilty of wanting to outdo my last album, but it’s never like, ‘I’ve got to do the same type of song.’ I’m so happy I’m not like that. My palette is so wide. […] I’m trying to find a perfect balance with the film and the music, and so far it’s going really well. I think I might have cracked the code.”

The Weeknd also said that, on a distinct note, he has been writing songs about characters in movies and TV shows he has been watching during the pandemic: “I’ll write about their relationship or something in a song. It might never see the light of day. That’s an exercise. I love doing that.”

Elsewhere, he admitted that the pandemic has made it more difficult to enjoy the release of After Hours like he has previous albums, saying, “I’ve been cooped up here for the last four months. Usually you go to a club or you go driving. You hear [your music] on the radio. I really haven’t been able to enjoy the fruits of my labor.”