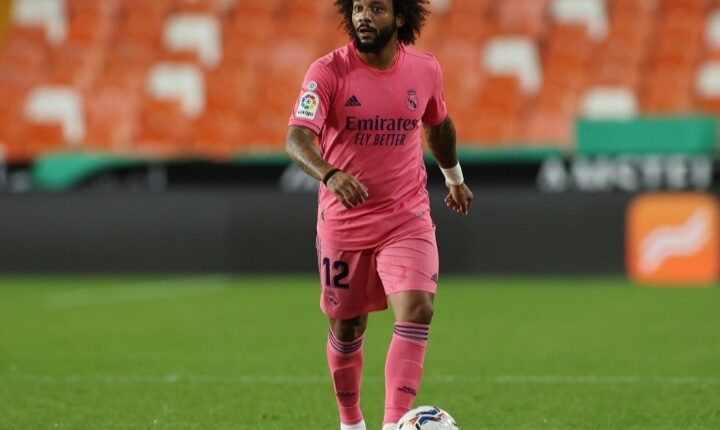 Real Madrid left back Marcelo has been a shell of his former self in 2020-2021, and those struggles continued at the Mestalla on Sunday.

Arguably the best left back of his era and a true Real Madrid legend, Marcelo hasn’t lived up to his lofty expectations in the past two seasons. A decline is inevitable for players, especially attacking fullbacks who need their speed to avoid getting caught out, and the Brazilian has hit a real wall in the 2020-2021 season.

Last year, Marcelo showed signs of slowing down, but he was still an effective player. He had his issues defensively, but he made up for them in attack and wasn’t a huge liability. Marcelo even played well in some big games for Real Madrid last season, including the crucial 2-0 win over Barcelona at the Santiago Bernabeu.

Now, though, Marcelo has been terrible. Madridistas can no longer trust him in the big games, and Zinedine Zidane’s decision to start him puzzled the players. Ferland Mendy is clearly the first-choice player, while Marcelo’s mistakes have costed Real goals and games this season.

That was true at the Mestalla in Sunday’s 4-1 loss to Valencia in a game Real Madrid, at least on paper, should have dominated. Marcelo was far from the only problem, but he conceded a penalty and was ineffective on both ends of the pitch. And one stat in particular stands out. Continue reading