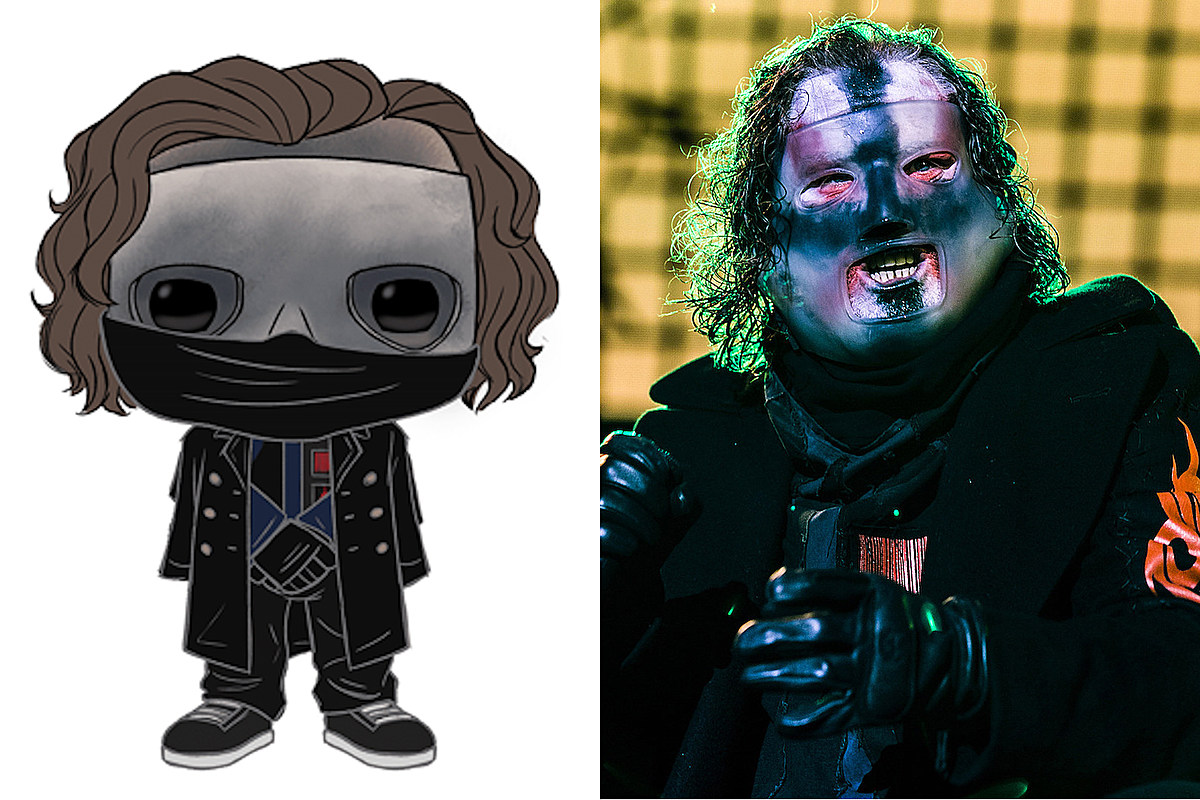 At the start of the year, it was announced that three Slipknot figures would be added to Funko’s popular line of “Pop! Rocks” vinyl collectibles. They were originally expected to see an August release and, now, pre-orders are available with the product set to ship in early 2021. What’s even more exciting is that the band may release a new album next year, per Corey Taylor.

Despite Slipknot totaling nine members, and more if you were to count past members, only three figures — Corey Taylor, Sid Wilson and Craig Jones — have been announced. Obviously, with such a high rotation of outfits and masks over the course of Slipknot’s two-decade reign as one of metal’s biggest bands, there’s plenty of variants Funko could have elected to go with.

As seen in Funko’s social media post below, Taylor, Wilson and Jones are depicted in their most current state as seen on the We Are Not Your Kind album cycle. The one exception here is that Jones is wearing a blue, zip-up jumpsuit, a color which was not seen on the tour in support of the 2019 record.

Though 2020 has been a disruptive year for artists across the globe, it’s been a productive one for Taylor and Slipknot. The singer released CMFT, his debut solo album, earlier this year and Slipknot percussionist Clown revealed Slipknot have been writing new music.

“The plan right now with Slipknot is to try and a) finish up the touring next year, and b) we’re thinking about kind of putting another album out maybe next year,” Taylor said (transcription via Blabbermouth) as a guest on the “Good Company” podcast with Scott Bowling.

Fans shouldn’t marry themselves to the idea of a 2021 record, however.

Taylor cautioned, “But I don’t know. I don’t know what the plan is yet. I just know that we all kind of feel like there’s unfinished business and we want to finish that out before we do anything. But I know that we were talking about doing it because we only have one album left on our contract [with our record label].”