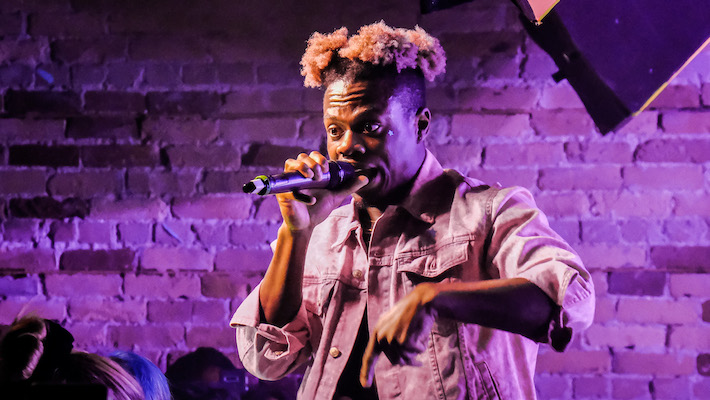 Chicago rappers Tobi Lou and Dreezy unite on “Okay,” the latest single from Tobi’s upcoming album Parrish Blue, the follow-up to his 2019 debut, Live On Ice. Over a bubbly beat produced by 20-year-old San Diego, California beatmaker Matteo Woods, Tobi and Dreezy trade flirty, melodic raps from either side of a crush between a couple who can’t help but celebrate their connection.

“Okay” follows “Pretty Much,” Tobi’s September single, in promoting Parrish Blue. The album, which was originally due in October, is named for painter Maxfield Parrish, whose distinctive approach to color saturation led to art connoisseurs nicknaming his favorite shade of blue, cobalt, after him.

Tobi also kept his name buzzing throughout the year with feature appearances on other artists’ projects. In April, he appeared on Peter Cottontale’s album Catch on the song “Pray For Real,” and in May, he popped up on “Morocco” from Kota The Friend’s Everything.

Meanwhile, Dreezy, who had a relatively quiet year, made an explosive comeback with her freestyle over Moneybagg Yo’s viral hit “Said Sum.” Earlier this year, she and a plethora of other artists garnered their first platinum plaques thanks to their participation on Dreamville’s Revenge Of The Dreamers III compilation.

Listen to “Okay” above.