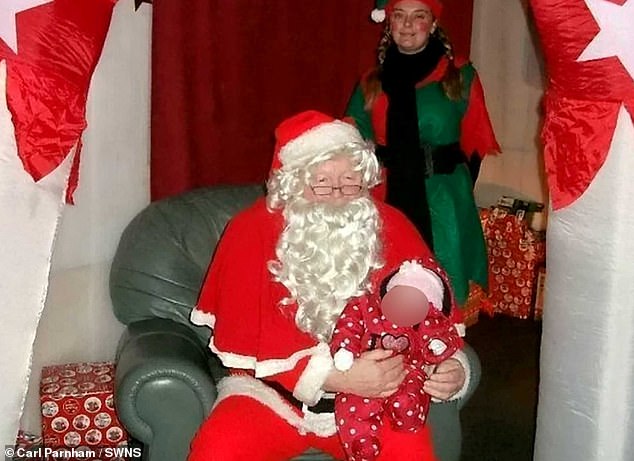 Children have been left devastated following the death of a much-loved charity Santa Claus who had contracted coronavirus.

Walter Ernest Parnham was well known for bringing festive cheer to children each year by donning the famous red suit in his home town of Wainfleet, Lincs.

He had appeared at local schools and seasonal events across the town since the mid 1980s and handed out thousands of gifts to gleeful kids.

But Walter, who was known to many as ‘Wally’ or ‘Mick’, was forced to hang up his suit and beard after suffering a heart attack a few years ago.

Walter Ernest Parnham was well known for bringing festive cheer to children each year by donning the famous red suit in his home town of Wainfleet, Lincs

He was taken to Boston Pilgrim Hospital last month after he had another small heart attack and contracted Covid-19 while being treated.

Tributes have now been paid to the Saint Nick lookalike who also worked as an engineer and lorry driver.

His son Carl, 55, of Wainfleet, said: ‘I’m obviously devastated because my dad was the kindest person you could know. 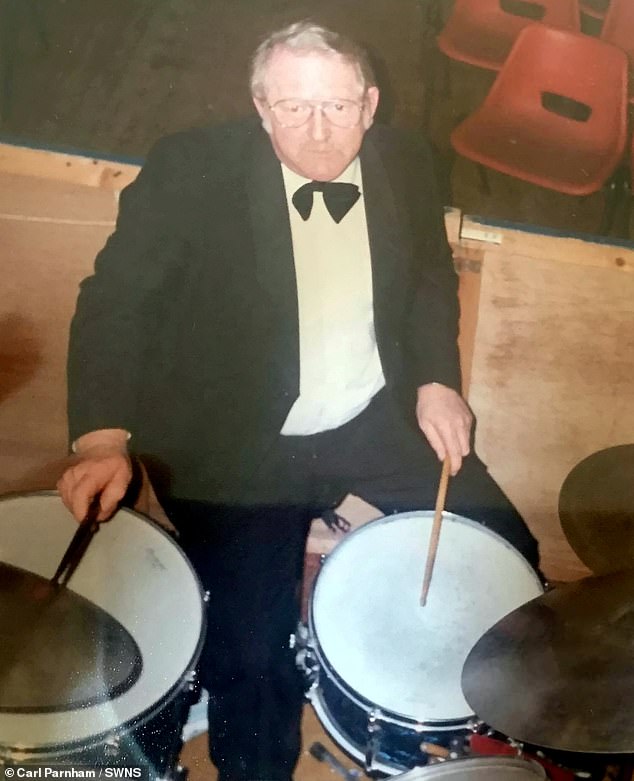 The keen drummer was taken to Boston Pilgrim Hospital in October after he had a small heart attack and contracted Covid-19 while being treated. He died on Saturday aged 79

‘But so many children are going to be crushed too as he was well known as Father Christmas around here and he absolutely loved doing it.

‘He was a simple man, but full of kindness, he would do anything for anybody and never make a fuss or ask for anything in return.

‘I guess that generosity is what made him a good Santa. He loved seeing the kids’ faces when he handed them presents or they spotted him on his sleigh.

‘There’s hundreds of stories about him as Santa but one that made me laugh was when a young girl spotted dad getting into his car dressed in his suit. 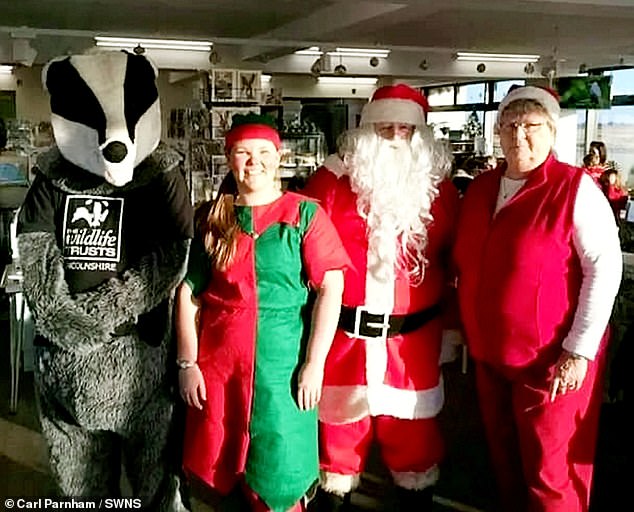 His son Carl, 55, of Wainfleet, said: ‘I’m obviously devastated because my dad was the kindest person you could know’

‘She was telling her mum to call the police and shouting “Santa is stealing Wally’s car”.

‘But his granddaughters would always see through the disguise straight away even from a young age and say: “Don’t be silly, that’s grandad”.

‘He loved to do it just to see other people smile. He was Santa in a lot of the local schools for many years.

‘During the mid 80s, he was the Santa that drove on the sleigh through the town every year and when the Christmas fair was held there he was always Santa.

‘He would go to friend’s houses and knock on the door dressed in his suit he really got into the role. He did numerous others that I don’t even know he has done.

‘He spent quite a lot of his own money being Father Christmas. He was very community spirited and didn’t mind one bit as long as he was making the children happy.

‘Even in his old age he sat out the front and the kids would say “morning Santa” as they made their way to school. 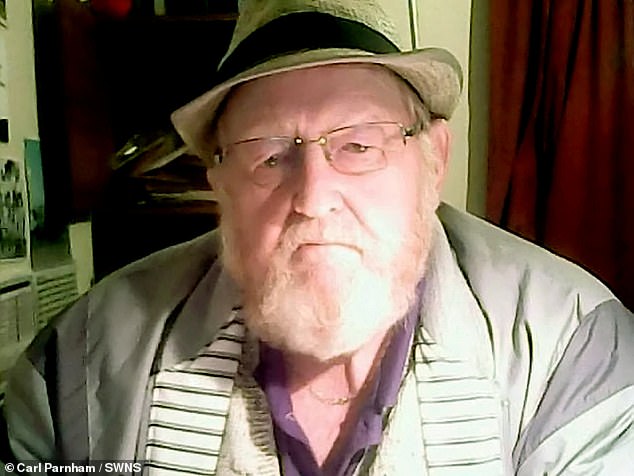 ‘During the mid 80s, he was the Santa that drove on the sleigh through the town every year and when the Christmas fair was held there he was always Santa’

‘One mum has even said they will go another direction to school now because my dad isn’t there anymore.

‘I’m heartbroken and its even more crushing that it has happened at this time of year.

‘It was his favourite time and I’m sure many will have fond memories of him bringing them the magic of Christmas.’

Walter’s funeral procession will ride through the town to give residents a chance to say goodbye because of the restricted numbers permitted due to the pandemic.

Carl added: ‘The response has been incredible, I’ve had so many people get in touch to say how much they adored him. So many nice things have been said.

‘People won’t be able to come to the church to pay their respects so they want to give people to chance to say their goodbyes to him.

‘It speaks volumes about the kind of man he was that so many people want to pay their respects. It will be an emotional day that’s for sure.’

Keen drummer Walter, a dad-of-one, was also a part of the Wainfleet Theatre Club, regularly helping out with the scenery.

The group paid their own tribute on Facebook and said: ‘Many of us associated with Wainfleet Theatre Club are deeply saddened to hear of the passing of Wally Parnham.

‘Wally was an active member of the club for more than four decades and was an ever present member of our team throughout the 70s, 80s, 90s and into the noughties.

‘Although never seen on the stage, his enthusiastic drumming ensured his presence was well known and much loved by our audiences.

‘However, it was his hard work and dedication behind the scenes that made him such an invaluable club member.

‘Before the advent of more strict Health and Safety legislation, Wainfleet Theatre Club regularly performed at a variety of different venues and it was always Wally who towed our purpose built trailer full of props, scenery and costumes to those places.

‘Although his declining health prevented him in recent years from participating in many of his favourite activities, Wally remained a popular and much-loved man of the town. He will be sadly missed by all who knew him.’

Maria Ling wrote: ‘Wally was a lovely man, and a great santa, he loved this time of year, putting up lots of Christmas lights, was lovely to have had the pleasure of knowing him, and working with him.’

Mark Baumber said: ‘Sorry to hear such sad news, Wainfleet has lost a great character who has done so much for the community in the past.’

Ntukza On Why He Will Stand Up For AKA Any Day