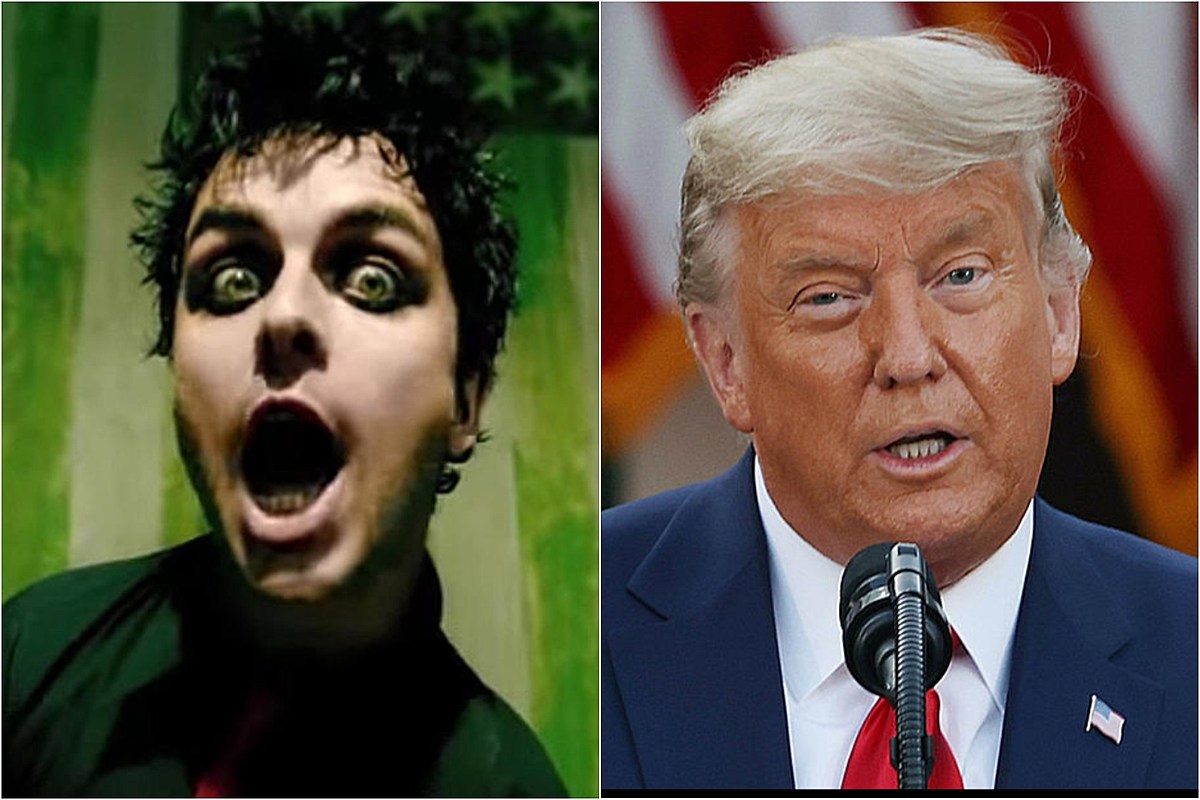 The utilization’s seemingly at odds with the song’s spirit, yet it’s one that others have employed via the platform before.

Understandably, plenty of Green Day’s fans on the video-sharing service took exception with the usage. And they’ve made their own TikToks arguing against a pro-Trump reading of the song.

On Jan. 9, TikTok creator Candace Kettlehut posted a video of her mouthing the bridge section of the American Idiot title track while sharing a Trumpian interpretation of its lyrics, as The Daily Dot pointed out. (The particular portion of the track duplicates its first verse, with some variations.)

Synchronized with the lyric “Don’t want to be an American Idiot,” Kettlehut relays, “That’s why I voted Trump.” During the following stanza, “One nation controlled by the media,” she writes, “CNN, MSNBC, ABC, Fox.” For Kettlehut, “Information age of hysteria” equals “Hearing only what’s on their agenda,” while the lyric “It’s calling out to idiot America” prompts her exhortation for others to “Wake up!”

Finally, as the song moves into its closing chorus section with the line “Welcome to a new kind of tension,” Kettlehut equates the refrain with only the word “Socialism.”

One of them, from a TikTok used named Tay, argued that “Republicans [are] really skipping over this part,” underscoring additional sections of the song that rail against a “redneck agenda” and “propaganda.”

But TikTok Trump supporters using “American Idiot” is nothing new. Before the 2020 election, for example, video-maker Jacklynn Kennedy shared a video backing Trump — and echoing his gripes against the mainstream media — while also miming along to the Green Day song.

“Sixteen years ago today, this album was released,” Kennedy wrote in a viral September 2020 TikTok. “I was 13 years old. I hated politics. And I still hate the mainstream media, so, Trump 2020.”

All that said, a listener would have to be a novice Green Day fan, or merely disingenuous, to pervert the tune into a pro-Trump anthem. During a stop at the 2016 American Music Awards, per The Guardian, Green Day worked the the following chant into their appearance: “No Trump! No KKK! No fascist USA!”

“American Idiot” was issued as the lead single from the album of the same name in fall 2004, amid President George W. Bush’s two terms in the White House. In an interview from around that time, Green Day bandleader Billie Joe Armstrong touched on how he shaped the effort’s narrative.

“It was very important to me when I was writing the lyrics for this album that the things I’m singing about are personal,” the musician said, as remembered in a Kerrang American Idiot retrospective. “So even the things that are political have to have a personal element to them. If they don’t, it just doesn’t work for me. There are bands that can do that kind of thing … but I know that it wouldn’t work for us.”

A few months ago, Armstrong discussed America’s division under Trump, suggesting the 45th president was holding the country hostage. Still, the Green Day singer admitted that he “can’t figure out which side [Trump has captured] — whether it’s the people that support him or the people that hate him? It’s a waiting game at this point to get him out, then the temperature will lower a little bit more.”

Joe Biden’s Inauguration Day: Everything you need to know