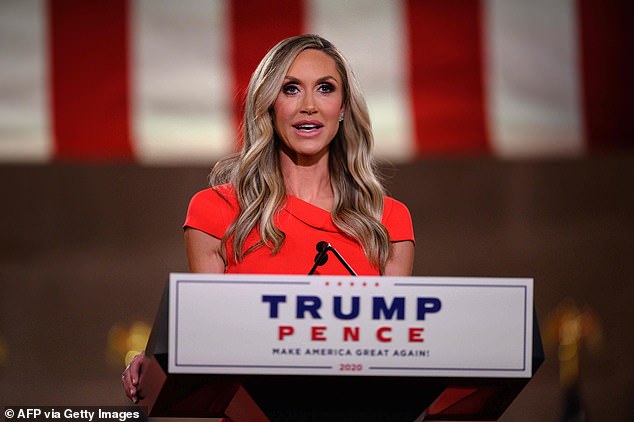 President Trump‘s daughter-in-law could be the next member of the famous family on the ballot, according to reports.

Lara Trump, 38, is said to be considering a 2022 Senate run in North Carolina – her home state – The New York Times reported on Thursday.

Richard Burr, a Republican Senator for North Carolina, has said he plans to retire at the end of his term, leaving a vacancy, which Lara Trump has her eyes on, according to ‘three allies’ that reportedly spoke to the Times.

The Senate race is expected to be competitive after North Carolina boosted its battleground status in November’s election.

President Trump held onto the state by just 1.3 percentage points – a narrower margin than in the 2016 election despite a larger turnout, suggesting that the North Carolina could be turning blue in large parts.

President Donald Trump’s daughter-in-law Lara is reportedly considering a career in politics and has her sights set on a 2022 Senate run in North Carolina. Pictured: Lara Trump addresses the Republican National Convention in August 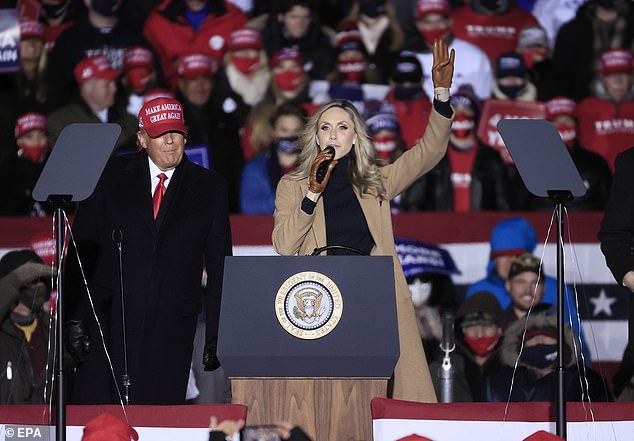 The 38-year-old former personal trainer and TV producer has spoken at a number of campaign stops including 2020 as part of Trump’s failed reelection campaign. Pictured: Lara Trump speaks during a rally in Wisconsin

Lara Trump joined the famous family in 2014, marrying President Trump’s son Eric. The couple live in Westchester, New York with their two young children, one of whom is a daughter named Carolina after her mother’s home state.

The former personal trainer and television producer who worked on Insider Edition, is one of several Trumps involved in the president’s failed reelection campaign.

In her role as a senior adviser on the Trump 2020 campaign, she spoke at a number of rallies – including in North Carolina – and addressed the Republican National Convention in August.

Despite this, the New York Times reported that President Trump once joked he ‘couldn’t pick [Lara] out of a lineup.’ 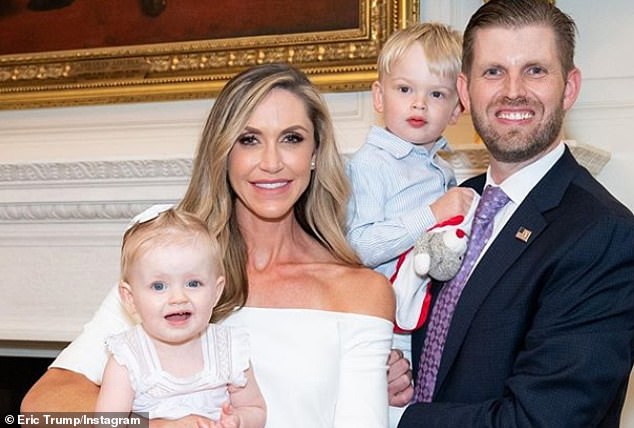 Lara Trump is married to President Trump’s son Eric. The couple have two children together, including a daughter named Carolina after her mother’s home state 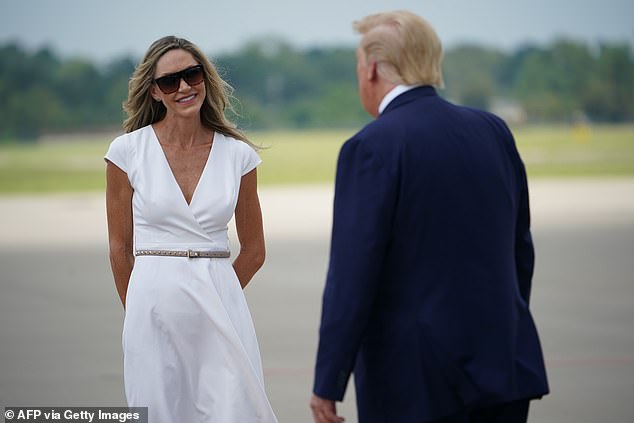 President Trump (right) once reportedly joked that he couldn’t pick his daughter-in-law Lara (right) out of a lineup. Lara Trump was a fixture on the campaign trail, including in her home state of North Carolina, where this picture was taken

A Trump campaign adviser who traveled with Lara Trump described her as ‘very charismatic’, saying she had ‘a natural instinct for politics.’

‘In North Carolina, in particular, she’s a household name and people know her,’ Mercedes Schlapp told The New York Times.

‘She worked really hard on the campaign and was very involved in a lot of decisions throughout.’

Lara Trump has refused to speculate on her plans for the future but analysts have long suspected that Trump’s children may look to enter politics.

His eldest daughter, Ivanka, has been tipped as the most likely to follow in her father’s footsteps, having served as his adviser since 2017.

Former White House counsellor Kellyanne Conway said, despite likely competition for the North Carolina seat, Lara Trump ‘would be formidable’ if she chose to run.

‘She has the trifecta: She can raise money, raise awareness of key issues and raise attention to her race.

‘Unlike many typical politicians, she connects with people and is a compelling messenger, Conway – who managed President Trump’s 2016 campaign – told The New York Times. 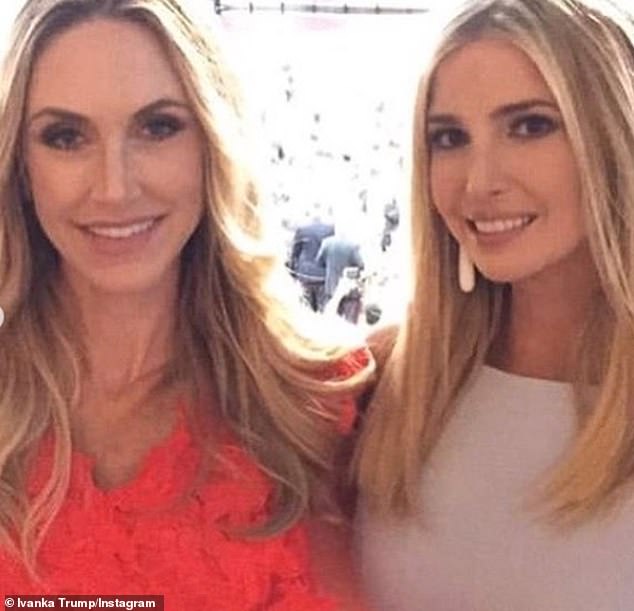 Analysts have long suspected that Trump’s children may look to enter politics. His eldest daughter, Ivanka (right) has been tipped as the most likely to follow in her father’s footsteps, having served as his adviser since 2017. Pictured: Ivanka and Lara Trump

Several North Carolina Republicans are expected to make a play for Burr’s seat including Mark Walker, who President Trump has voiced support for.

A North-Carolina based Democratic strategist told The New York Times that Lara Trump would face stiff competition in North Carolina.

‘There are a lot of people ahead of Lara Trump in line. 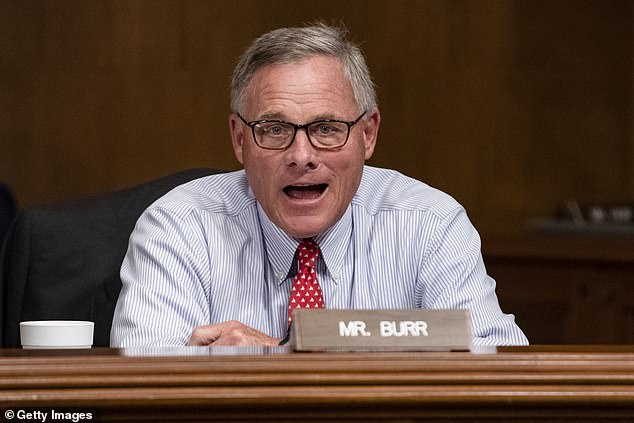 Senator Richard Burr has said he will retire at the end of his term in 2022, leaving a vacancy that analyst say is likely to be hotly-contested [File photo] 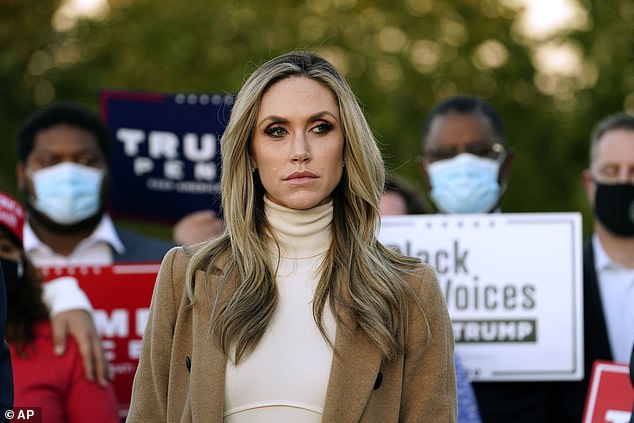 ‘Given how rare it is that there’s an open seat, I don’t believe any of the folks who actually live in North Carolina and have been here will get out of the way for someone else,’ Morgan said.

It also remains unclear how warmly North Carolina would embrace Lara Trump, given the Democratic shift seen in November’s election.

During the presidential race and its aftermath, Lara Trump has repeated baseless claims of electoral fraud and suggested in a CNN interview that President-elect Joe Biden was suffering from ‘cognitive decline’.

In the same interview, she downplayed comments by President Trump that were seen as encouraging violence against Gretchen Whitmer – Michigan’s governor who had recently been the target of a kidnapping plot.

Lara Trump described the president’s comments as someone ‘having fun at a Trump rally,’ The New York Times reported.

Omarosa Manigault Newman, a former Trump aide claimed in a tell-all memoir that Lara Trump had offered her $15,000 a month in exchange for her silence.

ESPN Is Getting Dragged After They Confused Future With 2 Chainz