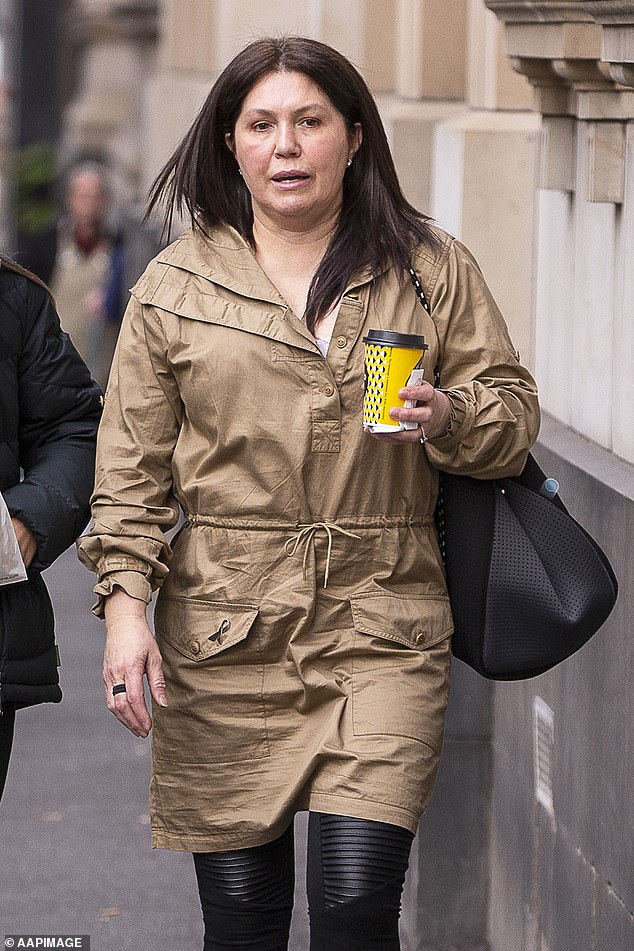 Gangland widow Roberta Williams threatened to tell police the man she hired to produce her own reality television show had raped her daughter, a court has heard.

Williams, 50, faces a string of charges over the alleged incident, including false imprisonment and making threats to kill Ryan Naumenko.

The Melbourne Magistrates’ Court heard on Wednesday Williams demanded up to $20,000 from Naumenko and rights to the show or else.

‘If you don’t get me money tonight, I will go straight to the police and tell them that you raped Dhakota,’ Williams allegedly said.

Gangland widow Roberta Williams has been arrested in raids in Melbourne 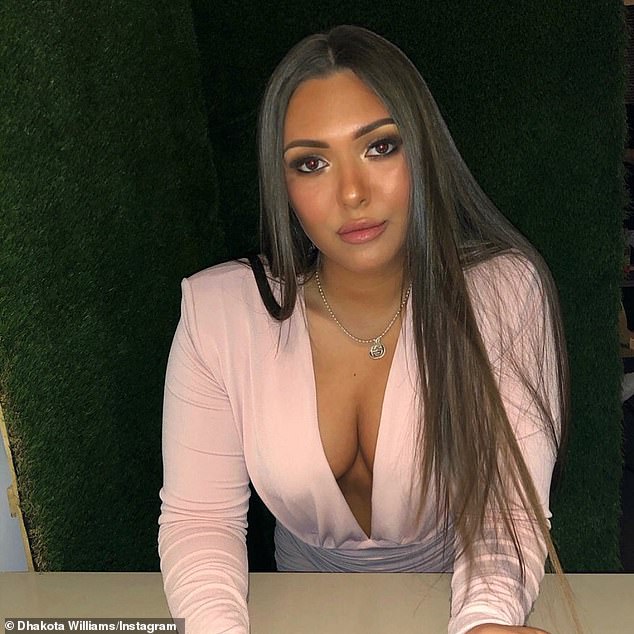 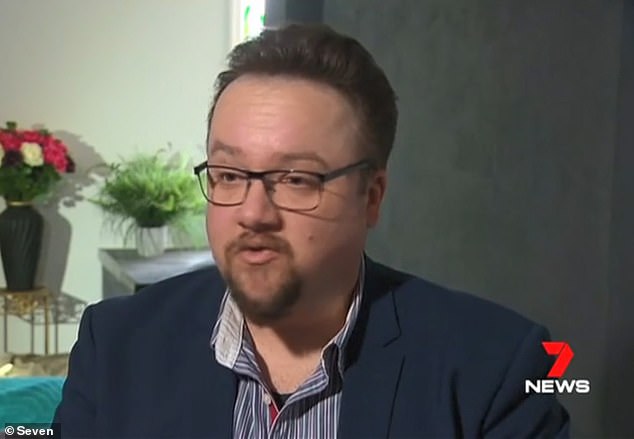 Dhakota is the daughter of Roberta and murdered Melbourne gangster Carl Williams, who controlled the city’s drug scene before he was beaten to death in jail.

In documents tendered to the court, Williams allegedly claimed she had both police and journalists on her payroll.

‘I’ve got my straight haired friends, I’ve got police paid off and I’ve got media paid off no-one will doubt me,’ she allegedly said.

It is alleged Williams, with a group of men, tied up the Mildura-based producer with a power cable over his plans to make a reality show about her life.

‘I’ve just been talking with someone from Mildura and they will be watching you,’ Williams allegedly warned.

Williams and her co-accused John James Harrison, Jake Sexton and Hassam Al Zwainy all appeared in court today via videolink.

Williams, who is defended by barrister John Desmond, strongly denies all of the allegations.

The preliminary hearing, which will decide whether Williams goes to a jury trial at a higher court, heard Naumenko himself had an extensive criminal history for dishonesty.

Mr Desmond – who at one stage was forced to admonish his child for interrupting his internet connection by playing video games – tore shreds off the producer, accusing him of telling his client a series of lies about his professional background.

Mr Desmond further accused him of lying to police when he said he worked for Channel 9 and pretended to work with journalists.

‘I said I was going to be presenting this reality series to Channel 9, I never said I was working for them,’ Naumenko said.

Mr Desmond labelled the producer a ‘small time crook’ who had lied about ties to Channel 9 and other journalists.

‘You weren’t mixing with members of the Melbourne criminal underworld at all,’ he said. ‘You were a nobody … you wanted to be acccepted within.’

Naumenko had contacted Williams about the show via an Instagram message. 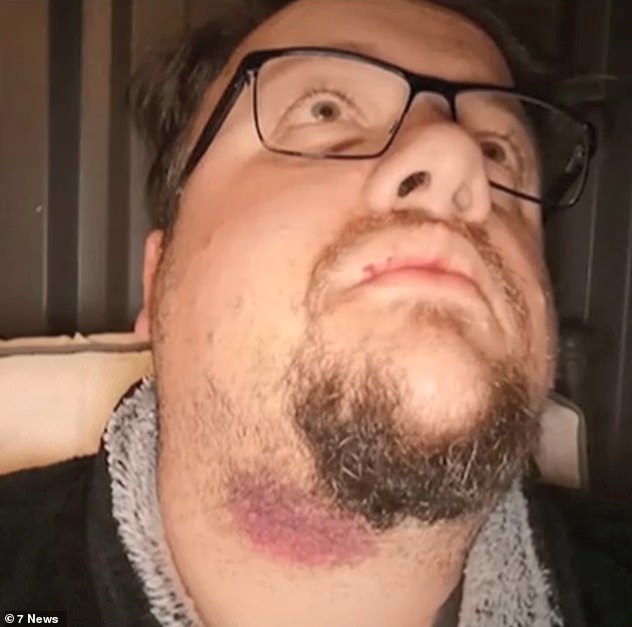 Ryan Naumenko, 36, went public with the allegations against Williams last month. He showed off his injuries to a television reporter 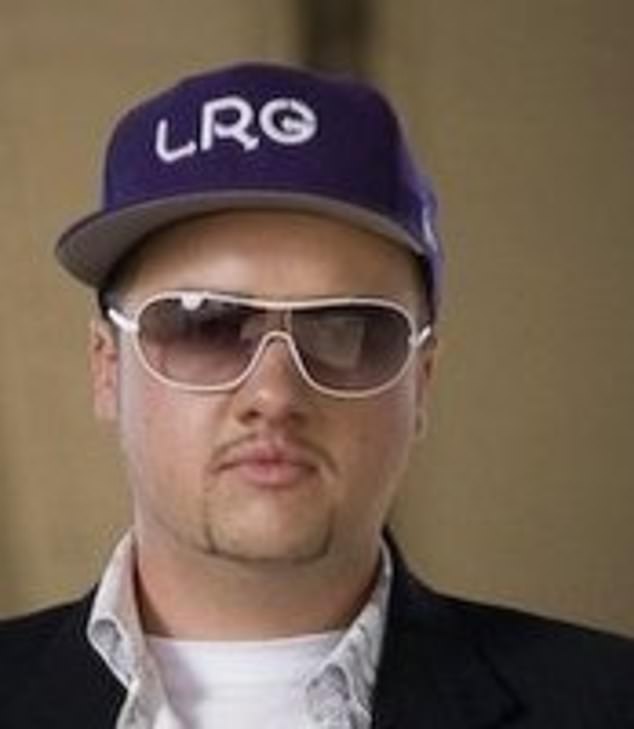 Ryan Naumenko, 36, in his younger days. He claimed he had been in trouble with the law before

After the alleged beating, Naumenko allegedly ran back to his mum, whom the 36-year old still resides with.

‘They tried to kill me,’ Naumenko told his mum.

‘They bashed me. I was just beaten up, I was kicked, beaten … I was beside myself.’

Naumenko said he was repeatedly told he would be killed.

Again, he claimed to have been ‘beaten to an inch of (his) life’, tied up, extorted, choked with an electrical extension cord and forced to make calls to family members to transfer money.

When he finally caught up with police, Naumenko continued to claim the men had punched him in the face over a three hour period in a ‘flurry’ of punches and kicks.

Naumenko told the court he managed to break free from Williams after she began choking him with the cord.

‘I couldn’t breathe … I overpowered her and she just carried on screaming,’ Naumenko said.

The group then allegedly tied his hands behind his back and left him on a chair at gun point.

Mr Desmond claimed Naumenko had continued to add to his claims in the days and weeks after the alleged attack.

‘You’ve had a growing story with each police officer,’ Mr Desmond said.

Despite his supposed injuries, Naumenko didn’t see a doctor and only attended when police asked him to.

‘I’m putting to you your entire story is a fabrication … and that you are a man of no credit, you’re a dishonest person. You’ve been scheming and scamming people for most of your life and you continue to do so.’ Mr Desmond said. 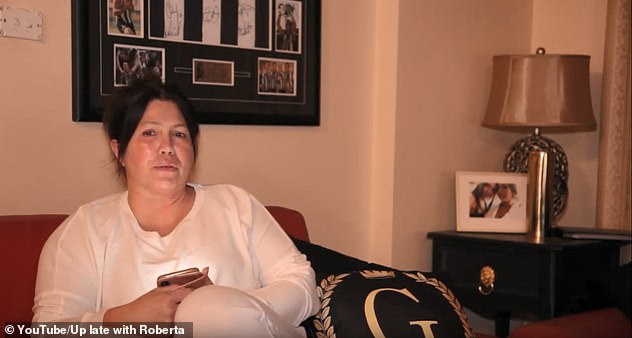 Naumenko went public with the allegations against Williams last year telling newspaper and television reporters she was behind his kidnapping and threatened to kill his wife and children.

Williams allegedly hired him to create the reality program based on her family.

In a promotional video on the GoFundMe site, Williams declared: ‘Wait to see the real me. Get to know me before you judge me. See the person I am then judge me. Then I will take your comments your criticism and won’t even complain.’

She posted to social media, the Herald Sun reported, about the date the reality TV program would go to air.

‘It would of (sic) been (aired) soon, but this scammer stole my friends (sic) money and tried to sell my friends (sic) footage of our pilot for the show to whoever he could,’ she wrote on Facebook.

‘Then when the networks didn’t want to deal with him, he concocted this story and told the police.’

Williams had been peddling the ‘Mob Wives’ take-off since 2017 when she claimed to have filmed the pilot.

She told media at the time the show would focus on ‘the drama of Roberta’s everyday life as a mum to her five children – Breanane, Tye, Danielle, Dhakota and Giuseppe’. 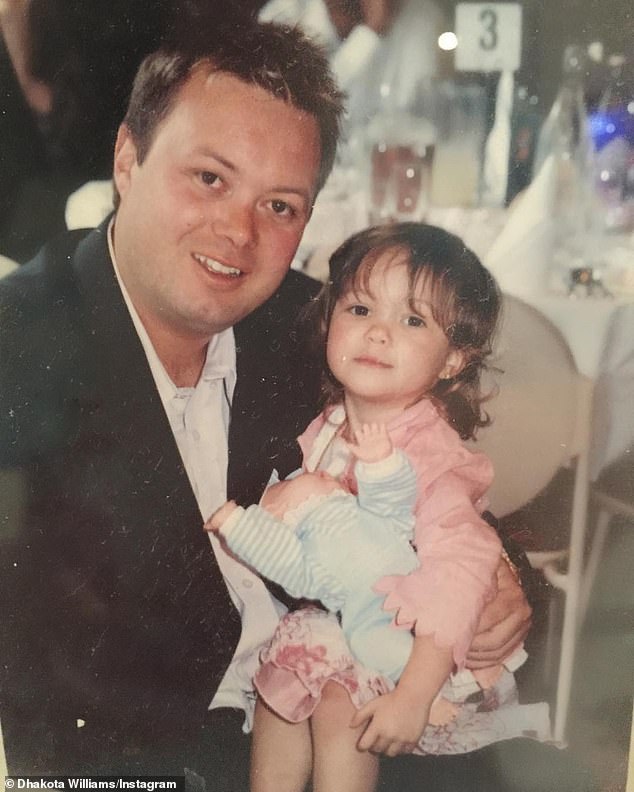 Carl Williams and a young Dhakota back in happier times 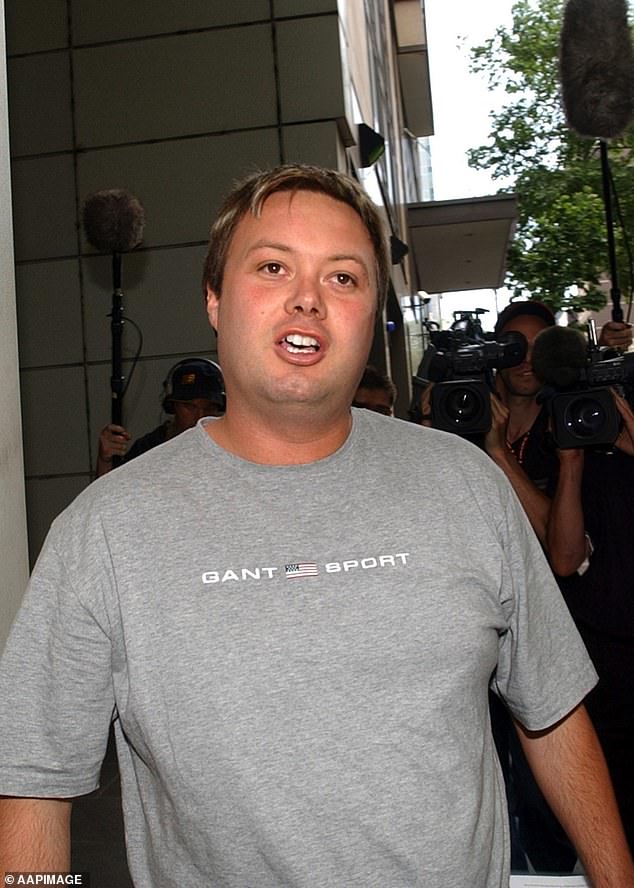 Carl Williams was married to Roberta Williams during Melbourne’s notorious gangland war. He was killed after being exposed as a jailhouse rat

However, it is understood WIlliams has struggled to sell the program off to a willing network.

The television producer alleged he was lured to a Collingwood apartment, in Melbourne, where he was allegedly bound and beaten.

He appeared on Channel 7 news sporting a large bruise to his neck and a nasty leg injury.

Daily Mail Australia revealed Naumenko was jailed in 2017 after scamming Gumtree users out of thousands of dollars.

He was sentenced him to six months’ prison and an 18-month community corrections order with 175 hours of community work.

The Sunraysia Daily reported Naumenko was 33 when he pleaded guilty in March 2017 to 20 dishonesty related offences when he faced Mildura Magistrates’ Court.

It was reported the ‘serial scammer’s long history of defrauding people’ dated back more than a decade.

The court heard Naumenko would accept money for iphones from his victims but never delivered the goods.

Naumenko had bragged online in 2010 that he was ‘quickly becoming one of Australia’s most popular talent management companies’.

A PR website states: ‘Ryan Naumenko, once associated with the wrong side of the law, has done a complete back flip and is fast becoming one of the “go to guys” of the Australian music industry when it comes to talent management’.

In the 2010 PR article, Naumenko is quoted as complaining about a previous time he had spent up to $80,000 on ‘talent’ who had no talent.

‘The artist in question did not have the dedication, drive or actual talent to make it where we saw him, so both Victor (his father) and myself decided it was time to end the contract (after 5 breaches of it) and recoup the losses,’ he said.

Last year, Naumenko further moaned in an online post that he was brutalised by elite special operations group police during a raid on his Mildura home in a case of mistaken identity.

He claimed the raid was over alleged ‘bomb threats made to various government departments and having close involvement with Vladimir Putin and financing Russian organised crime’.

Naumenko stated he was never charged.

‘I was and am still the victim of a corrupt police force, and those responsible, for my now destroyed neck, my mental health journey and my sons memories which will haunt him forever, think they can get away with it,’ he wrote.