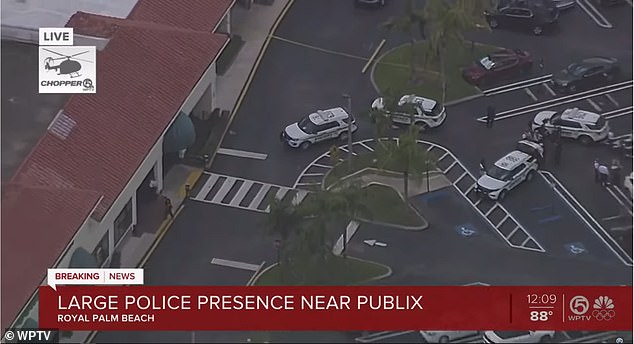 BREAKING: Adult and child are shot dead in a Florida supermarket before gunman turns weapon on themselves

A shooting inside a Florida supermarket on Thursday morning has left three people dead, including a child and the gunman.

The Palm Beach Sheriff’s Office sent deputies at 11.30am to the Publix store on Royal Palm Beach Boulevard, where they located three people dead from gunshot wounds.

According to a tweet from the sheriff’s office, the shooter was among the deceased.

The three fatalities were only described as a man, a woman and a child.

‘This was NOT an active shooter situation,’ the sheriff’s office stated, without providing any further details.

The adults and child have not been names. Detectives are on the scene investigating what led to the shooting.