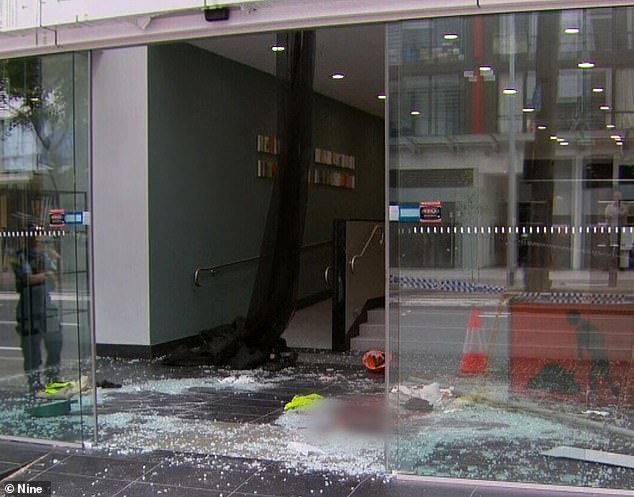 A tradesman has plummeted four metres through a glass ceiling at a construction site.

Emergency crews were called to the site on the Pacific Highway in St Leonards on Sydney’s lower north shore just after 12.30pm on Thursday.

A NSW Ambulance spokesman said the man landed on top of another walking past on the ground level below after he fell through the smashed glass ceiling.

Two men have been taken to hospital after one fell through a glass ceiling. Pictured is shattered glass at the scene

Both men aged in their 30s were rushed to nearby Royal North Shore Hospital.

One has a hip injury and lacerations while the other suffered cuts.

Both are in a stable condition.

Photos from the scene show the ground floor of an office building covered in broken glass with the upper levels supported by construction scaffolding. 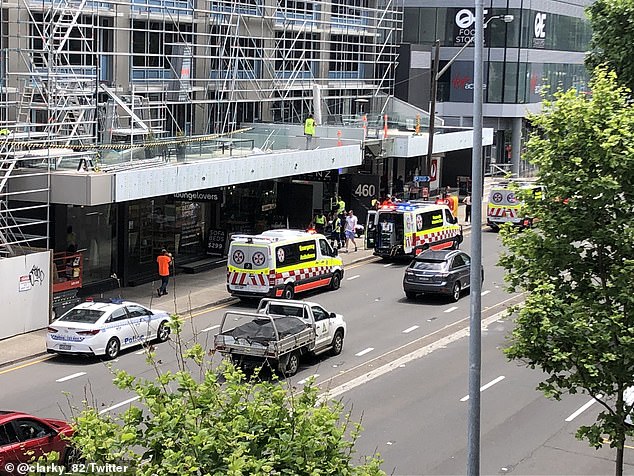