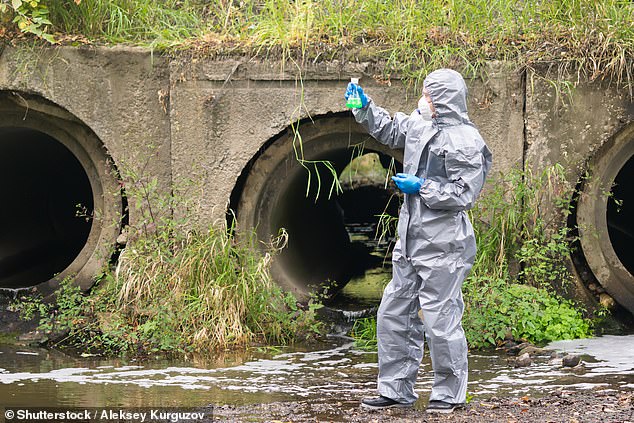 Residents in five suburbs of Melbourne‘s west have been urged to get tested for coronavirus as fears grow of a third wave of infections.

Although the Victorian capital has not had any positive tests for 21 days, sewage water testing revealed fragments of the virus springing up in the Altona area.

The Department of Health and Human Services said the result is very unexpected given that it has been about eight weeks since a resident in that area tested positive. 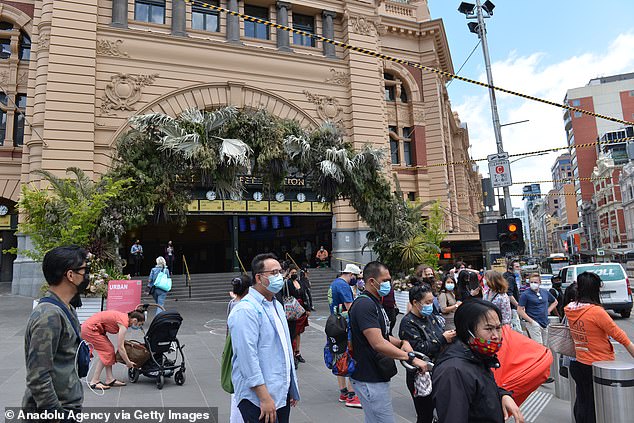 Residents in five suburbs of Melbourne ‘s west have been urged to get tested for coronavirus as fears grow of a third wave of infections (pictured, Melbourne residents are seen getting back to normal life after lockdown)

Residents living in those suburbs, or anyone who has visited there between Monday 16 to Wednesday November 18, is advised to get tested immediately and monitor themselves for symptoms – ‘no matter how mild’.

‘The result is unexpected given that it has been about eight weeks since the last known resident in the area had a COVID-19 illness or diagnosis,’ the DHHS said.

Victoria have implemented an extensive wastewater testing strategy to detect any sign of the virus as early as possible.

Although the findings are a major concern, DHHS said positive wastewater test results does not necessarily mean there is an active infection in the area.

‘(It) may be due to someone with coronavirus being in the early active infectious phase or someone who is no longer infectious continuing to ‘shed’ the virus,’ the department said on their website. 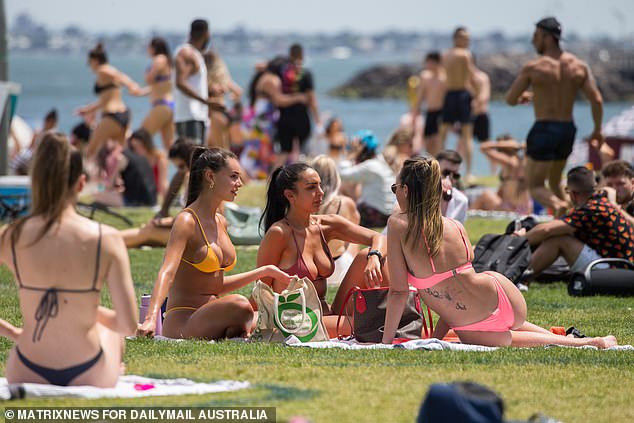 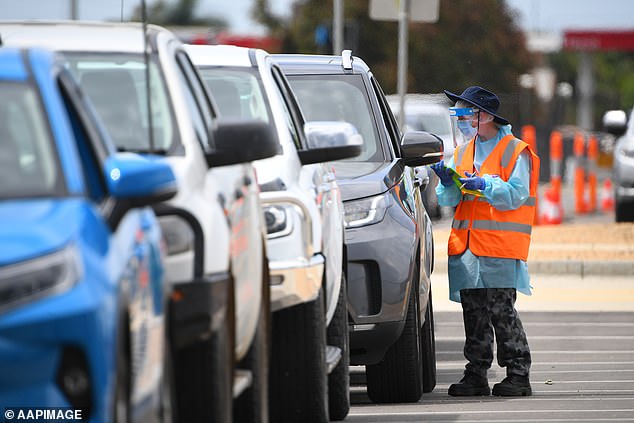 Pictured: An Australian Airforce member is seen at a drive-through COVID-19 testing facility in Shepparton, Victoria, on October 15

‘It can take several weeks for someone to stop shedding the virus.’

There are 50 wastewater treatment plants across Victoria and most them are being examined for fragments of COVID-19.

Melbourne only emerged from an 111-day lockdown at the end of last month, with Stage Four restriction in place for most of that time.

The second wave of cases which led to the shutdown, stemmed from contamination breaches within the state’s hotel quarantine program for returned travellers.

The suburbs in the wastewater catchment area where coronavirus fragments were detected include:

At the height of the month’s long lockdown, daily new infections stretched beyond 700.

More than 800 Victorians, mainly living at the aged care facilities, also lost their lives during the crippling outbreak.

Under Stage Four lockdown Melburnians were banned from travelling more than 5km from their home and only permitted to one hour of outdoor exercise per day.

Residents also had to adhere to a 9pm to 5am curfew and could only leave the home for essential shopping, medical appointments, work and study.

Yet another outbreak would be devastating for the embattled city which has been economically decimated in 2020.

Although it’s not clear where the wastewaster fragments in the Altona area may have originated, Victorian health authorities have been on high alert since an outbreak was detected in South Australia earlier this week.

Over 20 people linked to the Parafield cluster in Adelaide, have now tested positive.

‘It will be in place for 48 hours before a permit system comes into effect from 11.59pm on Saturday 21 November.’

The temporary border controls were implemented after the discovery of coronavirus fragments in wastewater taken from the Portland wastewater catchment near the South Australian and at Benalla, north of Melbourne.

Residents of Benalla and Portland and anyone who has visited those areas between 15 and 17 November are also being urged to get tested and to isolate until they get their test result. 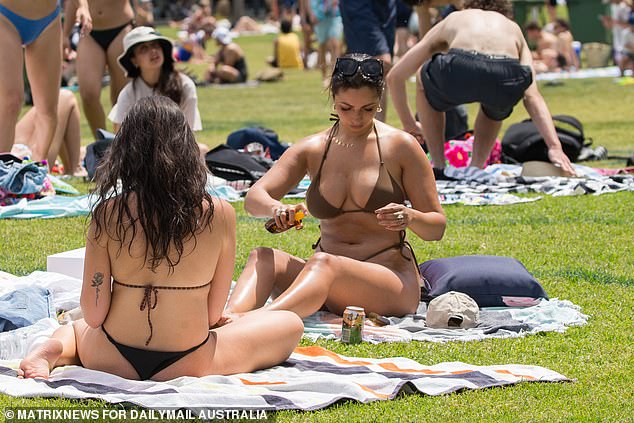 Yet another outbreak would be devastating for the embattled city which has been economically decimated in 2020 (pictured, Melburnians flock to the beach as they try to get to normal life after lockdown)