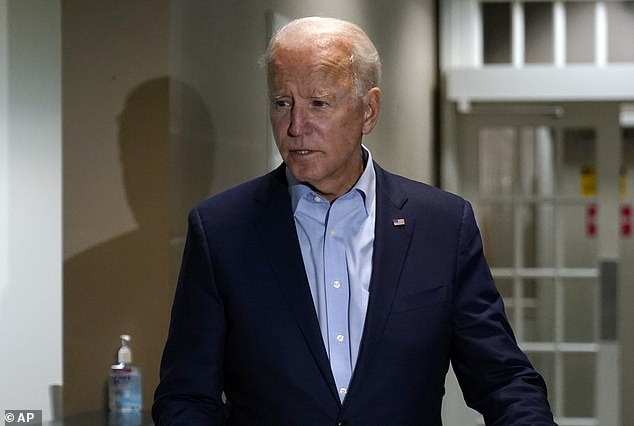 By Anna Mikhailova Deputy Political Editor For The Mail On Sunday

The US ambassador has rejected a threat from Joe Biden that Boris Johnson‘s Brexit bill could harm a trade deal with Britain, and said Washington had ‘no greater friend’ than the UK, The Mail on Sunday can reveal.

Woody Johnson says the US ‘stands committed’ to the UK in his first intervention over the contentious Internal Market Bill – which Ministers say is designed to prevent a hard border between Northern Ireland and the Republic of Ireland after Brexit.

Democratic US presidential candidate Mr Biden fears the legislation could undermine the Good Friday Agreement and peace in Northern Ireland.

But Mr Johnson said in a letter seen by this newspaper: ‘Our Special Relationship is stronger than ever.’

It puts paid to claims by opposition MPs that Mr Biden’s comments were proof of ‘damage’ to Britain’s international standing.

The ambassador was responding to DUP MP Ian Paisley, who wrote to him saying it was ‘preposterous’ to hear Mr Biden say the Bill would threaten trade between the two nations.

Mr Paisley urged Mr Johnson to ‘make it clear the UK and USA are open for business and blockading trade with the UK would actually do more to harm peace in Northern Ireland.’

In response, Mr Johnson thanked Mr Paisley for ‘highlighting the robust relationship’ between the two nations and his work to ‘advance the gains, economically socially and politically, in Northern Ireland’.

He added: ‘The United States has no greater friend than the United Kingdom, and we view our deep commitment to Northern Ireland and its people as part of that friendship.’

In a firm rejection of Mr Biden’s threats, Mr Johnson said: ‘We stand committed, as we have been for decades, to be your partner in this effort.’

The ambassador also tweeted: ‘We trust the United Kingdom and are confident that they’ll get these complex negotiations right in a way that treats everyone fairly and respects the choice UK voters have made.’ 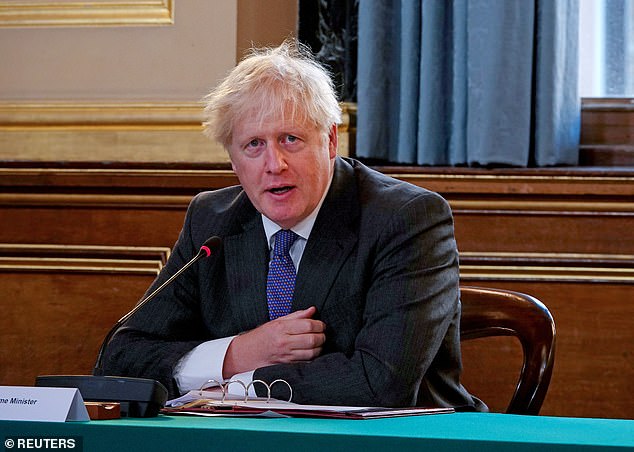 But Boris Johnson said in a letter seen by this newspaper: ‘Our Special Relationship is stronger than ever’

And Mr Paisley said: ‘Anyone who believes stopping trade between the UK and the USA is an option needs their head examined.’

He said the ambassador’s letter ‘put Mr Biden back in his box’, adding: ‘How dare the Democrats threaten to destroy the economic opportunity caused by peace?’

Last night, a source close to the Trump administration said the US had not made any suggestion to the UK that the outcome of trade talks was conditional on the UK’s position on Northern Ireland.

Mr Paisley said in his letter: ‘Parliament is debating the Internal Market Bill that seeks to ensure that as a nation of four parts we can trade amongst ourselves without hindrance or tax from the EU.

‘It is unfortunate that some negative arguments have been couched in terms that posed the Northern Ireland peace accord to be in jeopardy.

‘No rational human could think peace is threatened by good internal trading relations.’