VIDEO: #SARSMustEnd: “I Did Not Protest”; Davido Says as He Meets Force Spokesperson 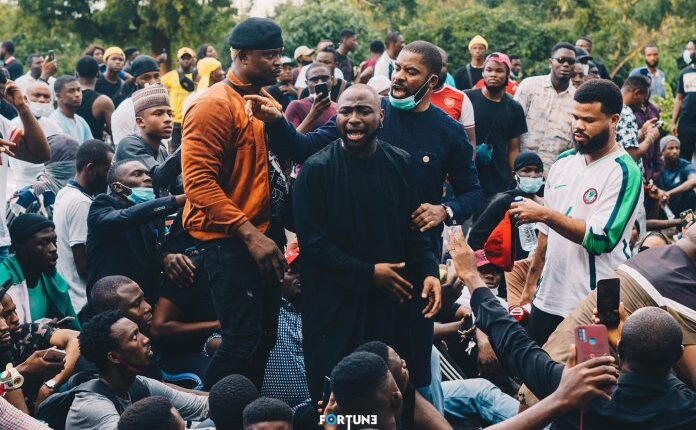 As youths continue to flood the streets of Nigeria to protest against Police brutality and SARS or FSARS, Nigerian singer and celebrity, Davido Adeleke, meets with police spokesperson Frank Mba.

A video clip circulating the social space shows Davido in an office where he was interacting with Mr Mba.

Davido requested an open meeting and not a closed door meeting as the protest is outside.

The force spokesperson then told Davido that he has been protesting alongside Nigerians. Davido replied saying “I did not protest”.

He said he had to stand with Nigerian because they are his fans.

Davido Shows Support For Wizkid’s ‘Made in Lagos’