Virginia lawyer, 45, accused of ‘coercing six teens to have sex with him for money and gifts’

Virginia lawyer Matthew Erausquin, 45, faces a sex-trafficking charge for allegedly coercing at least six teenage girls to have sex with him by acting as a ‘sugar daddy’ who offered them money and expensive gifts like Tiffany’s bags

A Virginia lawyer faces a sex-trafficking charge for coercing six teenage girls into sex by acting as a ‘sugar daddy’ who offered them money and expensive gifts like Tiffany’s bags, according to a new report.

Matthew Erausquin, a 45-year-old founding partner of Consumer Litigation Associations and an Air Force veteran based in Northern Virginia, is accused of paying at least six girls to engage in sexual acts with him since 2017.

He reportedly knew the girls were underage, preferred to have threesomes and showered the victims with money, drugs and expensive gifts like Tiffany purses and a camera.

He caused one victim to have a mental breakdown after allegedly giving her a sexually transmitted disease.

An arrest warrant was issued on November 16 in Arlington. The affidavit was unsealed on Thursday in Virginia federal court and revealed Erausquin’s victims went to three different high schools, as per The Daily Beast.

DailyMail.com has reached out to Erausquin’s firm for comment.

Authorities were first tipped off about Erausquin’s preying on minors in May 2019 when a 17-year-old alerted the Fairfax County Police than an adult male was ‘paying multiple high school girls for sex’ and that her friend was one of the victims. 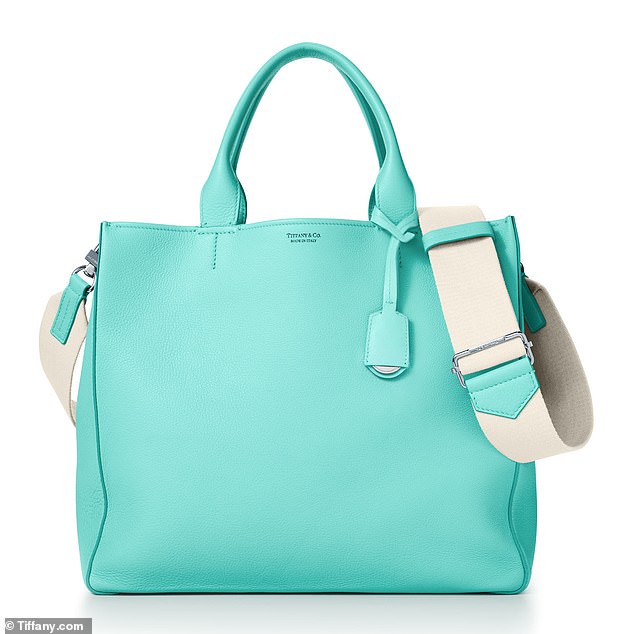 In return for the sexual encounters, he paid the victims in cash and offered them gifts like Tiffany’s purses, expensive cameras and weed. File image of a Tiffany’s purse worth $1,600 above

Victim GB had told a friend she had a rich ‘sugar daddy’ who bought her ‘an expensive camera and provided her with weed,’ as per the affidavit.

Victim GB said during her first meeting with Erausquin she had ‘silver bracketed orthodontic braces on her top and bottom teeth’ and he seemed to know a lot about her and knew her father’s name. After the sexual encounter Victim GB said she received $800.

The victims who spoke to authorities say the lawyer was aware of their age when they first started communicating and he didn’t care that they were minors.

‘I gave him my read bday he said he didn’t wanna do the math,’ one of the girls allegedly said in 2018 to a friend who was also in a sexual relationship with Erausquin in exchange for money.

He lavished them with gifts and dinner dates for sex and explicit videos in return.

The victims said that Erausquin preferred threesomes. He allegedly told one of the girls he could ‘do the one on one thing in normal dating,’ but does this ‘to be a little edgier.’

One victim said she met Erausquin when she was 16-years-old on a ‘sugar daddy’ website. She said that her profile said she was 18 to follow the website’s guidelines but she used ‘actual pictures of herself on the site.’

The girl, known as Victim J, said Erausquin asked her ‘for a video of her sucking on something and offered her $200 dollars for the video.’ She said she completed the request and met the lawyer in person soon afterwards.

She brought her 16-year-old friend and Erausquin paid for them to take an Uber to an Arlington shopping center and they all had lunch.

Victim J and the friend Victim G told investigators they went to Erausquin’s home at least six times and were paid for every sexual encounter.

They said that Erausquin gave them chocolate marijuana edibles and Victim G said she was gifted a Sephora gift card that he ‘had originally purchased for a female he had previously been dating.’

In July 2018 Victim G said Erausquin finally asked for her birthdate. She was 18 at the time and he ‘did not express any anger or shock’ with her answer, according to the affidavit.

Victim J said she also hinted her age to him around the same time and he allegedly ‘indicated…that he kind of knew their ages the entire time and liked it.’

Investigators state in the affidavit that Erausquin allegedly gave one of the girls a ‘sexually transmitted virus’. That girl is now in the hospital after suffering a mental breakdown.

Victim I said she was lured to the lawyer’s home on two separate occasions with Victim GB when she was 16.

‘Victim I recalled that during one of those times she was at his apartment, Erausquin had multiple boxes at his residence containing purses from Tiffany’s,’ the affidavit states. ‘He instructed both Victim I and Victim GB to pick out a box. Both girls received a Tiffany’s purse.’ 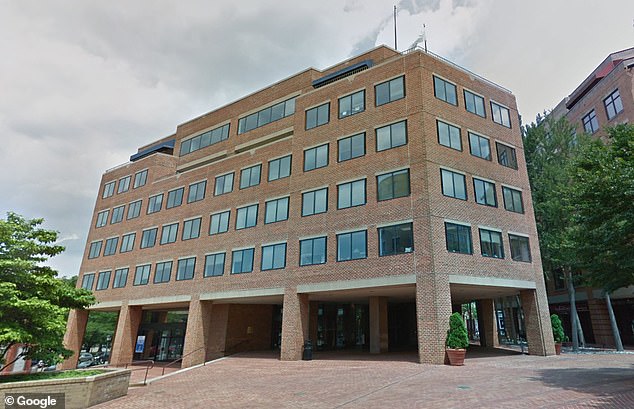 He is the founding partner of Consumer Litigation Associations and an Air Force veteran based in Northern Virginia. A view of the firm’s office in Alexandria, Virginia above

Victim I at one point found out that she contracted an STI, but Victim GB told her to keep quiet about it, according to the affidavit.

In May 2019 Victim J told Erausquin that Victim I ‘has herpes’ and that she felt betrayed, as per the affidavit.

‘I wasn’t aware that you and [Victim GB] were meeting with someone else and it honestly feels like a breach of trust and the fact that there is a possibility of me having the disease justifies my displeasure with the situation,’ Victim J said.

‘With this, I think it would be wise to end our arrangement here. I appreciate your generosity and the time we’ve spent together.’

Victim J told investigators that he told her it ‘would be stupid for them to try to extort him because having sex with a minor is not that big of a deal compared to extortion,’ the affidavit says.

Erausquin appeared to not find his relations with the minors to be a major crime.

Court documents show in a conversation with Victim J last July he said ‘none of this is worth risking my career for…. I have parents in their late 70s that are replying on me to take care of them.’

According to his biography on his firm’s website he is a consumer rights lawyer who has led cases about mortage servicing disparities and automobile fraud.