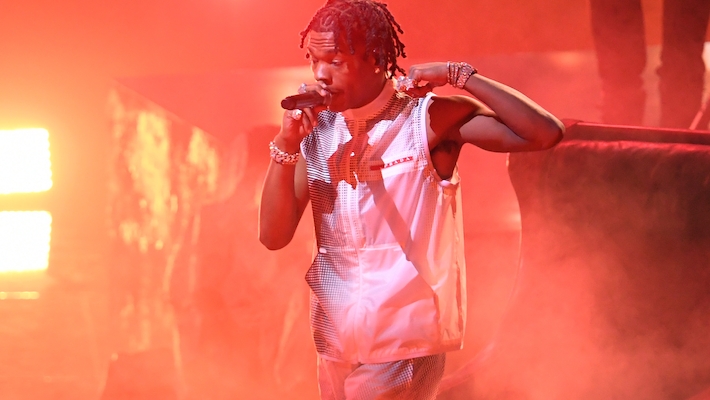 Lil Baby released his second album, My Turn, earlier this year, and songs off that release have been keeping him in rotation this year. The first of which, “We Paid,” is a straightforward braggart rap song about accumulating wealth, the second, though, “The Bigger Picture” was released in June of this year during the Black Lives Matter uprising. That song is an emotional reflection on the struggles he faced growing up as a young Black man in Chicago, and how the police violence against his community continues to harm not only him but the entire community.

For his performance on the AMA’s tonight though, Baby opted to show a more vulnerable personal side on “Emotionally Scarred.” His message of protecting mental health came through loud and clear during the emotionally performance. Similar in tone to “The Bigger Picture,” the downtempo song outlines exactly what has happened in Baby’s life to leave him with some battle scars. As one of the few rappers to take the stage tonight, Baby kept things exciting even on a slower song with a raging guitar solo toward the end of the track. It’s always interesting when rappers embrace rock in their work, and it pays off in a big way here. Watch the video above.