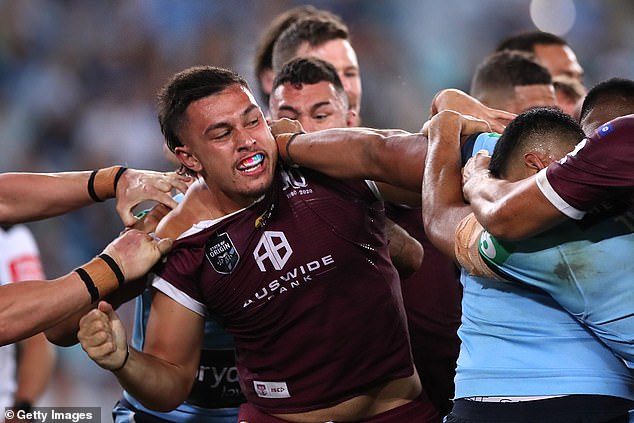 A back page newspaper headline has been blamed for sparking a wild State of Origin brawl that had been brewing for several years.

New South Wales were up 28-4 against Queensland midway through the second half when all hell broke loose in Game Two of the series in Sydney on Wednesday night.

Both forwards were given their marching orders by referee Gerard Sutton to spend 10 minutes in the sin bin, while several other players were lucky to avoid the same fate.

Tension had been slowly escalating between Fa’asuamaleaui and Haas in the Origin arena.

A newspaper back page on Wednesday was emblazoned with the headline ‘Let’s kick some Haas’, accompanied with an article about the long-running feud between Fa’asuamaleaui and Haas dating back to an under-18s Origin game three years ago.

‘I just saw the headline he and Payne going for each other,’ Bennett told reporters in his post-match press conference.

‘They are young men – 20 years of age. Headlines throw fuel on the fire. I knew deep down there was going to be a blue between the pair of them.

‘(If) that’s not a headline today, I don’t believe it happens.

‘They would’ve read the paper. It stirs the emotion. They have to be responsible for their actions, I accept that. It didn’t come out of nowhere. It was already brewing from this morning.’

Bennett said he didn’t discuss the headline with Fa’asuamaleaui prior to the game.

‘I was hoping it would blow over,’ he said.

‘I hoped they’d get on with life, but deep down I knew that probably wasn’t going to happen. 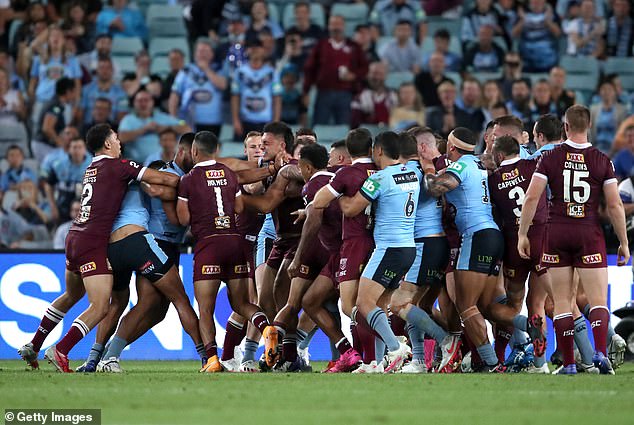 Haas left the field in a torn Blues jersey while Fa’asuamaleaui departed with a bloodied lip after the pair were sin binned on Wednesday night.

The article that sparked the blue looked back at the bitter history between the pair who progressed through the schoolboy ranks together in Brisbane.

Tensions came to a head in 2017 when the pair were embroiled in a punch-up during an under-18s Origin game.

‘Tino went hunting for Haas that night at Homebush and he sat him on his a***,’ Fa’asuamaleaui’s manager Simon Mammino told The Courier Mail.

‘Payne was the big dog at schoolboy level so Tino took him on – that’s the competitor he is.

‘Payne was always bigger and better than his opponents at junior level but Tino was never afraid to have a crack.

‘He loves a challenge, so he wanted to test himself by calling out Haas.’ 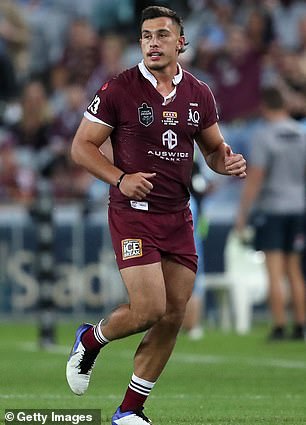 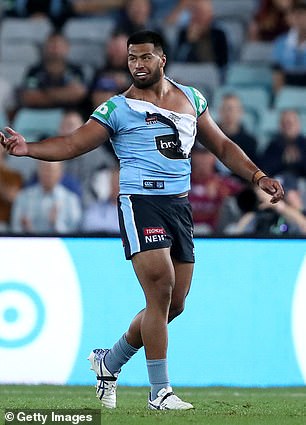 Haas was quick to play down the brawl after Wednesday’s night clash but admitted his emotions got the better of him.

‘I couldn’t even get punches away,’ he told Channel Nine.

‘Heaps of boys were holding me back. It was heat of the moment. Tino and I are good mates.

‘I just saw red. My grandmother and my mum are probably going to get up me after all this.’

Maroons skipper Daly Cherry-Evans was seen having angry words with Fa’asuamaleaui in the dressing room after the game but has since downplayed his frustrations.

‘At the end of the day, I back players’ judgements on those sorts of things. He felt like it was the best thing to do tonight and he did it,’ Cherry-Evans said.

‘So we share responsibility as teammates of that, but you’ve got to back your players and make sure they’re out there putting their best foot forward.’ 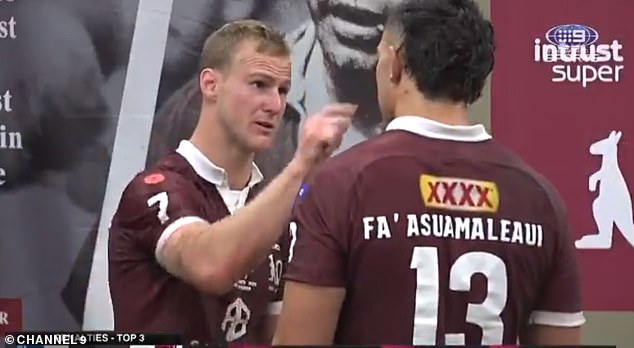 Both players have since narrowly avoided suspension which would have seen them miss the Origin decider in Brisbane next Wednesday night. 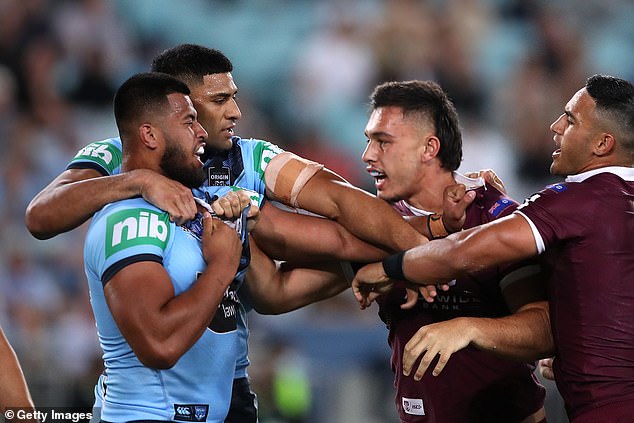