Wembley ‘could host 65,000 football fans’ for Euros semi-final and final 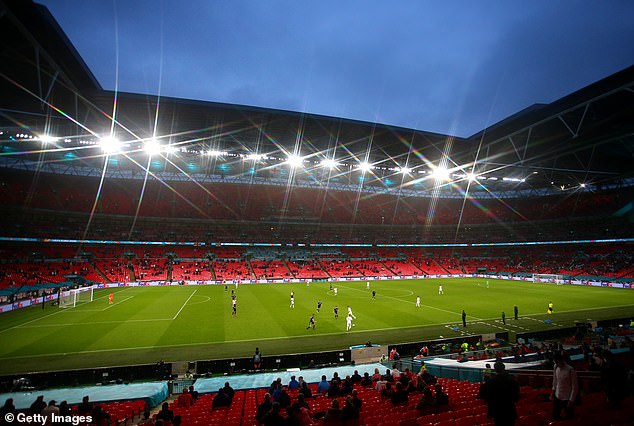 Wembley will host more than 60,000 fans for Euros semi-final and final after ministers seal deal with UEFA – as No10 says matches will be ‘safe and secure’ despite Angela Merkel warning over ‘packed stadiums’ and Italy calling for games to be moved

Wembley will host more than 60,000 fans for the final stages of the Euros after minister sealed a deal with Uefa despite concerns from Germany and Italy.

Culture Secretary Oliver Dowden hailed the agreement European football’s ruling body over coronavirus restrictions saying he is ‘thrilled’ the games can go ahead.

To allow 75 per cent capacity at Wembley all ticket holders will need to follow strict rules including testing negative or having proof of being double-jabbed.

The news comes despite Angela Merkel saying she did not want to see ‘packed stadiums’ in the UK, amid rising case rates.

Downing Street has also dismissed a call from Italian PM Mario Draghi for the final to be moved to Rome.

‘We are looking forward to putting on a fantastic semi-final and final at Wembley and will do so safely and securely,’ a No10 spokesman said.

Uefa has been pushing for 2,500 VIPs to attend the final on July 11 without being subjected to the quarantine requirements that apply to other international travellers.

It is unclear what compromise has been reached on that point, although ministers had insisted some restrictions would remain in place.

The 90,000-seater stadium has been operating at a capacity of just 22,500 for the tournament group stages.

Reports had suggested the final could be shifted to Budapest if a deal could not be reached, with the Italians also pushing for their capital to be used.

Wembley could host 65,000 fans for the final stages of the Euros as ministers close in on a deal with Uefa 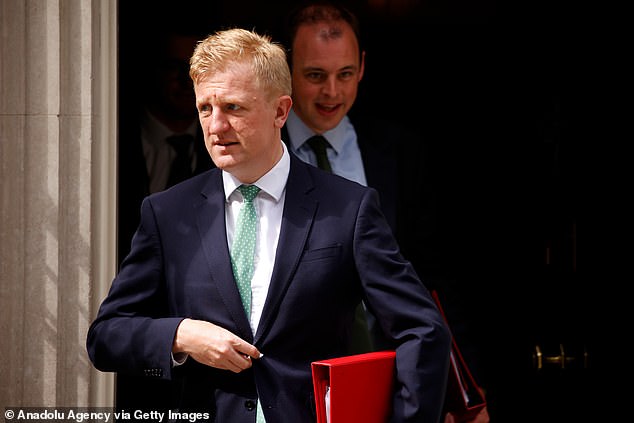 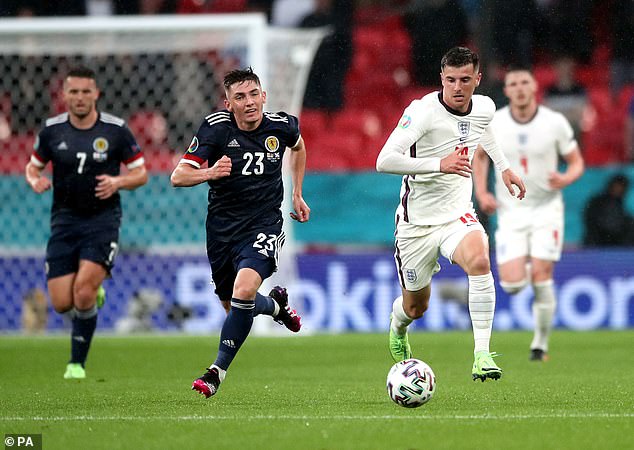 But in a statement, Uefa said: ‘Uefa, the English FA and the English authorities are working closely together successfully to stage the semi-finals and final of Euro 2020 in Wembley and there are no plans to change the venue for those games.’

Culture minister Baroness Barran told peers on Monday that no final decision had been taken, talks were ongoing and the Government would restrict any changes to the ‘smallest possible group deemed critical to staging the tournament successfully’.

She added VIPs or accredited guests would not be exempt from Government restrictions but instead only be able to leave isolation for official events, would be subject to testing and bubble arrangements, and a ‘very strict code of conduct’ would be in place.

England take on the Czech Republic at Wembley on Tuesday night and the stadium is also set to host five knockout games, including both semi-finals and the final.

Crowds of at least 40,000 will be allowed for the final four games despite the decision to delay the final easing of coronavirus restrictions, with the matches forming part of the coronavirus pilot events research programme.

When asked during a news conference in Berlin last night whether the final should be moved to the Stadio Olimpico in Rome, which has also been hosting games at the tournament, Draghi insisted he would try and move the location away from Wembley.

He said: ‘Yes … I will try to stop the final being held in a country where infections are rising quickly.’ 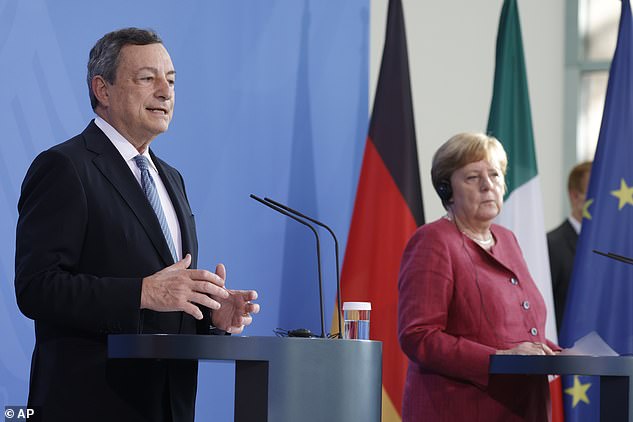 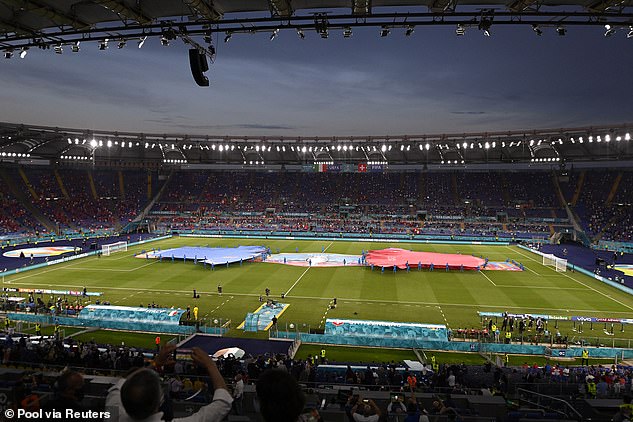