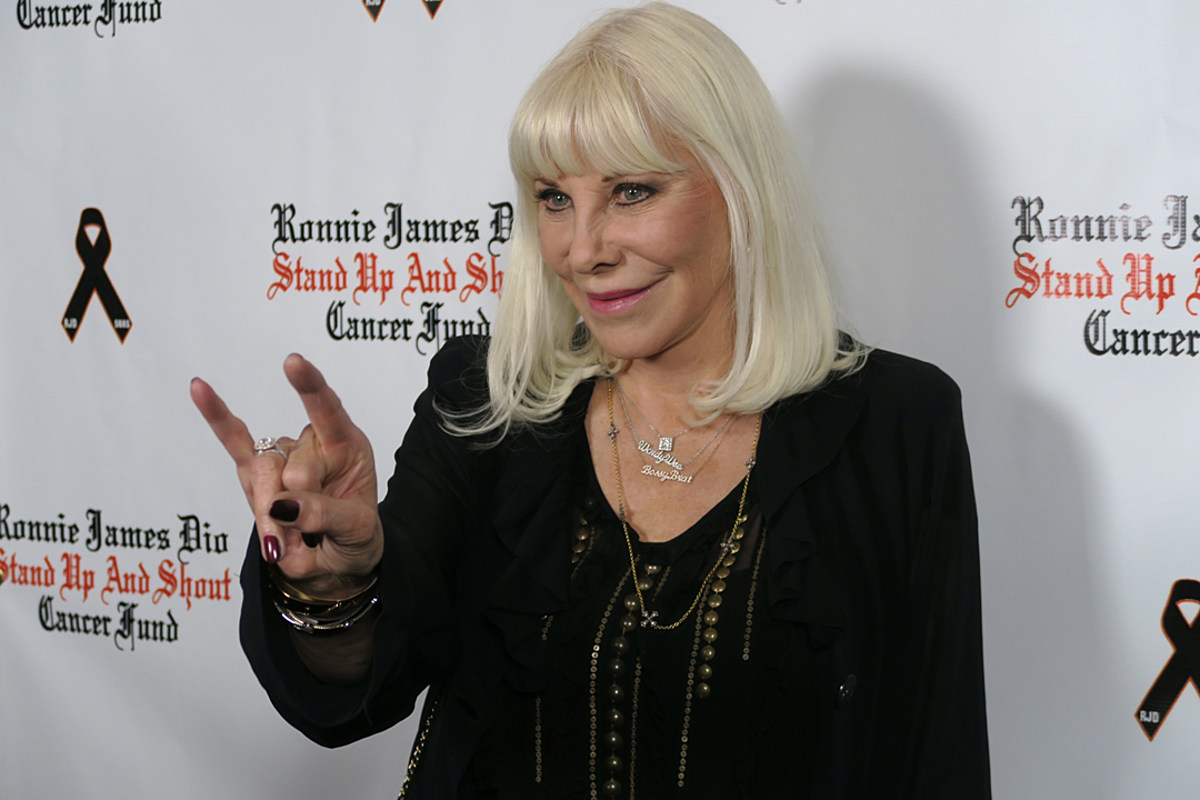 Ronnie James Dio‘s autobiography, “Rainbow in the Dark,” is locked in for a July 27 release and Ronnie’s widow and longtime manager Wendy Dio will be taking part in a special virtual signing to mark the occasion.

Wendy will participate in an hour-long LiveSigning.com event produced by Premiere Collectibles on Wednesday, July 28 at 3PM ET where those who pre-ordered the book via Premiere Collectibles will have the chance to submit questions in advance for Wendy to answer during the streaming event. Fans will be able to watch the event streaming at the Ronnie James Dio Facebook page.

The “Rainbow in the Dark” autobiography was co-written with music journalist Mick Wall and Wendy Dio after the singer himself had started to put his memoir together prior to being diagnosed with cancer. The book includes a look at his youth and eventual rise to fame, singing in the bands Elf, Rainbow, Black Sabbath, Dio and Heaven and Hell.

He explains how the “Devil Horns” (or maloik), something his grandmother taught him would provide protection from the “evil eye,” became his personal calling card and an enduring symbol of heavy metal for fans around the globe.

Ronnie writes candidly about the many excesses of the rock ’n’ roll life, how his masterful songwriting skills were born of necessity and the number of times he was forced to rethink his career path, always confidently clinging to the dream that propelled him forward. He also talks throughout the book about his love for his loyal fans, for whom his consideration led to countless hours of signing autographs and posing for photos so that no one would be left feeling disappointed.

The book is illustrated throughout with photographs from Ronnie’s life and personal archives. Though Dio was not able to finish the book before his death, Wendy Dio helped to flesh out certain unfinished sections with her own details and observations of specific events in Ronnie’s life.

“Rainbow in the Dark: The Autobiography” is available to order via Amazon, Barnes and Noble and wherever books are sold.

In other Dio news, the Ronnie James Dio Stand Up and Shout Cancer Fund is making their annual fundraising event a virtual bash this year. As was previously announced, the life of Ronnie James Dio will be celebrated on July 10 in a special streaming event via Rolling Live Studios. Read more about the participants here and get your tickets at this location.