What IS holding up Britain’s great Covid vaccination push? 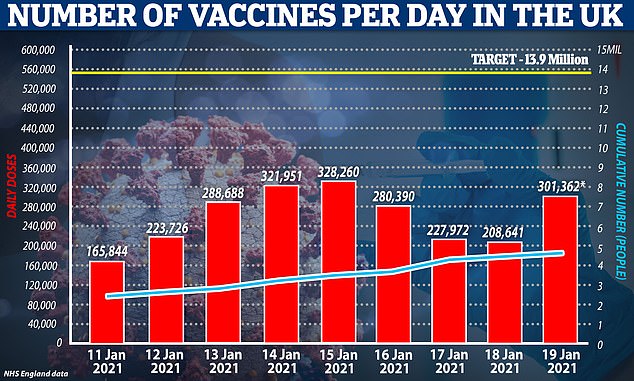 Fears Britain’s great Covid vaccination rollout had stagnated were sparked yesterday after official data revealed the number of doses dished out had fallen for three days in a row.

And with less than a month to go until Number 10‘s target of vaccinating 14million of the most vulnerable people expires, pressure is growing on officials to pick up pace.

In order to meet the lockdown-easing goal, the UK must average more than 350,000 doses a day from now until February 15.

Fewer than 210,000 vaccines were administered on Monday but yesterday’s figure — which is reported today — is above 300,000 in England alone. Department of Health bosses will provide a UK-wide vaccine update later this afternoon.

Government sources say there are ‘a lot of moving parts’ which contributed to the slowdown, including constraints on supply, staffing shortages within the NHS and difficulties contacting the remaining over-80s and covering care homes among the factors.

Here, MailOnline delves into some of the factors that could be hampering the roll-out.

IS A LACK OF SUPPLY TO BLAME?

Pfizer — the manufacturer of one of the three Covid vaccines approved in the UK — has warned supplies would be dented this month and the next.

The drug giant is revamping its factory in the Belgian town of Puurs to allow it to pump out up to 38million doses each week. Currently it can manufacture 25million shots each week.

The American firm last Friday warned Britain to expect delays this month and into next month while upgrades were made at its factory, which supplies doses to all of Europe.

Norway was told it would receive 17 per cent fewer doses (36,075 compared to 43,875) this week than expected due to the hold-ups, giving clues about how Britain might be impact by the delays.

However, Britain does not provide details of daily deliveries, so it’s impossible to tell how much the scheme is being hampered in the UK.

BioNTech, the German firm partnered with Pfizer to manufacture the vaccine, said that supply would revert to normal levels from January 25. But German health chiefs warned the issues would last for three to four weeks.

Ministers have always said that supply will be the ‘constraining factor’ in the vaccine rollout.

AstraZeneca said its 2m dose a week target — based on the UK’s total order of 100m divided by 52 weeks — was achievable by the end of this month but, again, there is no way to tell if it is meeting that supply yet.

Government sources have dismissed claims there are 21million doses of vaccines already in the country, although they refused to give details of stocks saying it would be a security risk. 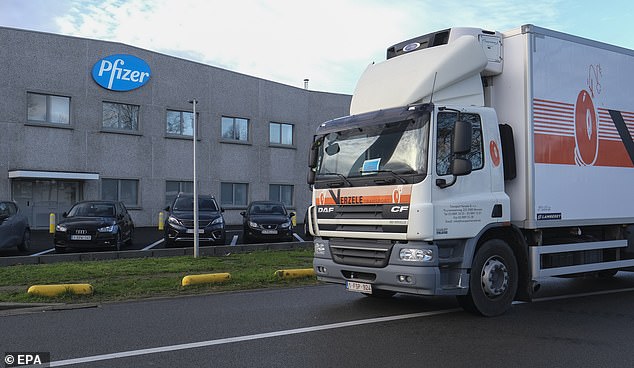 IS AN UNFAIR DISTRIBUTION OF VACCINES TO BLAME?

Data shows huge regional differences in the number of people vaccinated against Covid.

For example, the English region leading the vaccine race, the Midlands, has given 764,557 first doses to its population of 10.6million.

Whereas the number of people being immunised in London was the second lowest in England (423,733), despite cases remaining among the highest in the country.

It has meant areas such as Slough and Newcastle have successfully immunised 100 per cent of their elderly care home residents while London has barely protected half.

The exact reason for the regional disparities has not been explained by No10.

But it has been blamed on a simplistic formula that did not take into account the size of GP practices and the number of patients on their registers.

London mayor Sadiq Khan told the Guardian that ‘the government’s original distribution formula meant that London missed out on its early fair share of the vaccine’.

He added that the vaccines minister Nadhim Zahawi ‘assured me that supply and distribution will increase, and an amount of the vaccine that reflects our size, density and the level of need in our city is delivered’. 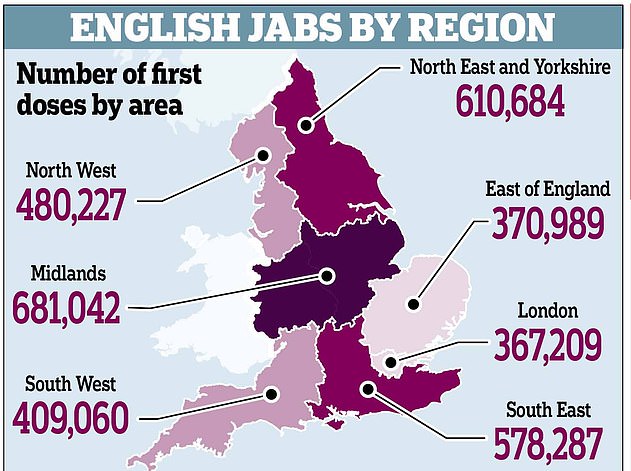 IS THE HOLD-UP BECAUSE OFFICIALS HAVE TO TEST BATCHES?

Each batch must be tested for quality by the National Institute for Biological Standards and Control (NIBSC), part of the UK’s medical regulator. The process takes at least five days.

A sample from each vaccine batch – which can contain hundreds of thousands of doses – is biologically tested for quality and safety.

The UK’s Medicines and Healthcare products Regulatory Agency (MHRA) says this is essential to ensure each batch is safe and there were no errors in its production.

Manufacturers must also carry out their own tests on each batch before submitting results as evidence to the NIBSC. Delays in providing these details – or any failure to meet standards – can slow the whole process down.

Only once both sets of tests have been completed – and the manufacturer’s results deemed acceptable – is a batch released by regulators for use by the NHS.

But as more doses are produced and delivered laboratories face a mounting workload as they handle quality control.

There are yet to be any accusations that the tests are slowing down the distribution of the vaccine, although this may be happening if doses cannot be released fast enough for the NHS to administer.

An MHRA spokesperson said: ‘We are working closely with the [Oxford vaccine] manufacturer, AstraZeneca, to ensure that batches of the vaccine are released as quickly as possible.

‘NIBSC has scaled-up its capacity to ensure that multiple batches can be tested simultaneously, and that this can be done as quickly as possible, without compromising quality and safety.’ 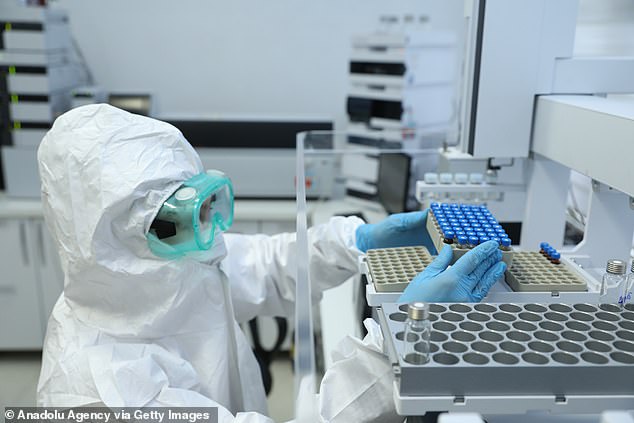 Covid-19 vaccines pictured being tested before they are rolled out for use. These tests can take days, slowing down the delivery of supplies

OR COULD PACKAGING THE FINAL DOSES BE BEHIND THE SLOWDOWN?

While the Pfizer vaccines come pre-prepared, some of the Oxford University ones are filled and packed into vials at manufacturing plants in the UK.

There were concerns over shortages of glass vials as far back as May, but Government sources have insisted this is not the source of the current slowdown.

But experts have warned this could cause issues further down the line, when the UK factories have to start juggling multiple vaccines s well as other non-Covid products.

Only a handful of companies make the specialist vials, which are built using a special chemical to stop them reacting with the vaccine. Schott in Germany is one of the leading producers.

Industry insiders had previously claimed the UK needs to ramp up its own production to stop reliance on overseas companies leading to a shortage.

Dave Dalton, chief executive of the trade body British Glass, said the supply chain ‘needs to be strengthened and improved’.

England’s deputy chief medical officer, Professor Jonathan Van-Tam, has also suggested issues with so-called ‘fill and finish’ materials including those used for the vials could hinder the roll out.

‘The only thing that is going to slow us down is batches of vaccines becoming available,’ he said during a Downing Street briefing.

‘Many of you know already that it’s not just about vaccine manufacture. It’s about fill and finish, which is a critically short resource across the globe.’

Officials deny that any shortages of glass vials may be triggering a slowdown in the vaccine roll out.

Which vacation hotspots are cheaper, and that are pricier, in comparison with 2020,…