Woman with Down syndrome is awarded $125MILLION in lawsuit against Walmart 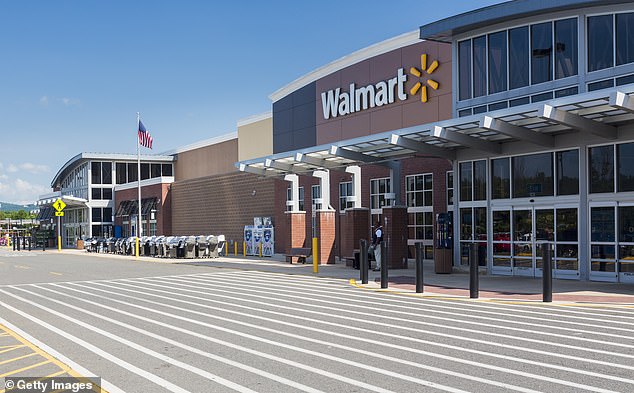 By Christopher Eberhart For Dailymail.Com

A former longtime Walmart employee with Down syndrome was awarded a $125million in a discrimination case after the retail giant changed her work schedule and eventually fired her for chronic absenteeism.

Marlo Spaeth, who was with the Manitowoc, Wisconsin store for 16 years before she was fired in 2015, needs to maintain a rigid daily schedule as part of her condition, which includes eating dinner at the same time every night, the lawsuit says.

The store changed her hours in 2014 and made her work longer days, which caused health issues for Spaeth, according to the lawsuit that was filed by the US Equal Employment Opportunity Commission in 2017 on her behalf.

When Spaeth asked to adjust her schedule by 60 to 90 minutes to get back to her noon to 4pm shift, Walmart fired her and then later refused to rehire her, according to the lawsuit.

An eight-member jury in Green Bay, Wisconsin sided with Spaeth and awarded her $125million in punitive damages on Thursday and an additional $150,000 in compensatory damages.

Although that number will likely be reduced to $300,000, which is the maximum cap on damages in ADA cases, a Walmart spokesperson said, the EEOC said it doesn’t apply to back pay, front pay, litigation costs or interest.

Walmart spokesman Randy Hargrove said in a statement emailed to media outlets that the company does not tolerate discrimination and routinely accommodates thousands of employees each year.

‘While Ms. Spaeth’s schedule was adjusted, it remained within the times she indicated she was available,’ Hargrove said in the statement. ‘We’re sensitive to this situation and believe we could have resolved this issue with Ms. Spaeth, however the EEOC’s demands were unreasonable.’

Gregory Gochanour, regional attorney of the EEOC’s Chicago District Office, said in a statement that jury recognized ‘and apparently was quite offended that Ms. Spaeth lost her job because of needless — and unlawful — inflexibility on the part of Walmart.’

‘The idea that companies like Walmart would rather budget thousands (of dollars) for litigation instead of doing right by their employees to begin with makes me ill. Putting all of that stress on a person and her loved ones because someone didn’t want to make schedule adjustments?”