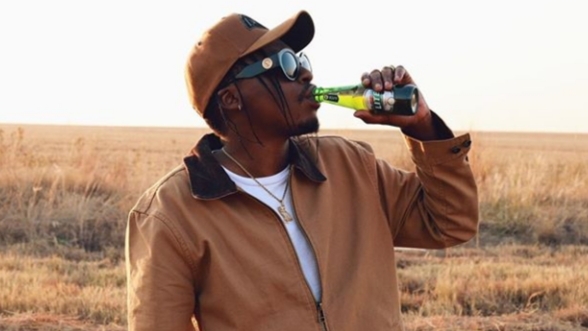 
Yanga Chief Announces Release Date For His Next Big Project ‘Pop Star’. Award winning rapper Yanga Chief has shared with fans that he will be finally releasing an album titled Pop Star.

The 200’s rapper first musical offering was Becoming A Pop Star EP which led to many winning including two major awards, international nominations, 1 million views on YouTube, Gold Plaque and a merch which is out on sale now. The rapper makes it clear how he didn’t expect to win so much with the first album and plans to come back with an even bigger project.

“I’ve been making this album since I started making an album over 3 years ago. Little did I know it would come at a time when I’ve either achieved or gotten over a lot of the things I was aiming for. BAPS is finding out who you are and POP STAR is being okay with what you find. I hope this album gives you the freedom to be you,” Chief expressed himself.

Pop Star is set to be available for pre-order this coming Friday the 16th of October alongside a new single titled BBAF. The official release date is the 27th of November 2020.

Lucky enough the rapper shared a snippet of what can be expected.