YG, Nipsey Hussle’s “FDT” Is No. 1 on iTunes After Biden Wins 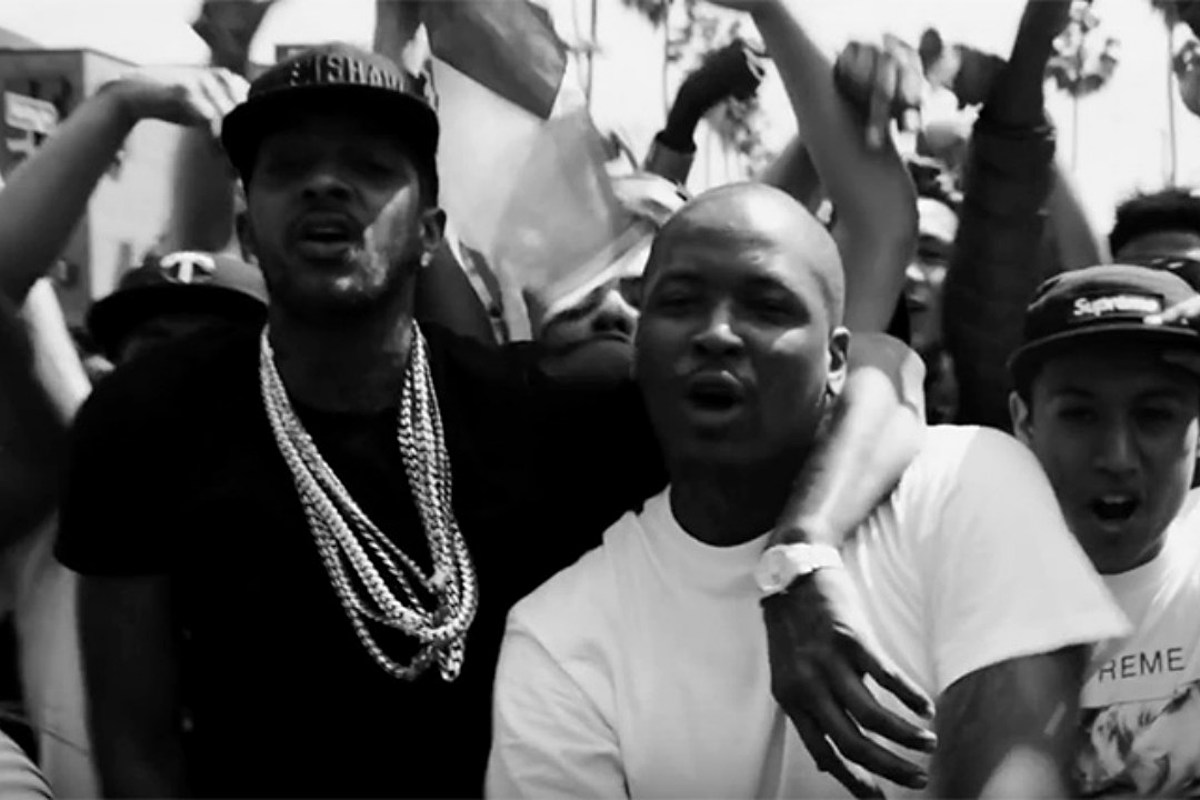 American citizens’ nail biting and online browser refreshing in anticipation of the 2020 presidential election results came to an end on Saturday (Nov. 7) following the announcement of Joe Biden defeating Donald Trump. And how did people celebrate the new president-elect’s feat? By blasting YG and Nipsey Hussle‘s “FDT.”

According to a report from Billboard on Sunday (Nov. 8), YG and Nipsey’s collaborative effort, which dropped back in 2016 while Trump was vying for his seat in the Oval Office, was downloaded over 3,000 times, translating to a 740 percent gain in sales, as of Nov. 6.

Apparently, the initial spike in sales began on Election Day (Nov. 3) and sustained as the votes continued to be counted in the days following the election. Between Nov. 3 and Nov. 6, “FDT” was downloaded 2,000 times, which was a 233 percent increase in comparison to four days prior.

The Donald Trump diss track is being played in a number of cities and most recently, it could be heard during a live CNN broadcast. Over the weekend, the network captured a group of people celebrating Biden and Vice President-elect Kamala Harris’ win in the streets of Atlanta. The crowd was holding signs in support of the nation’s new president and vice president while condemning Trump.

There was also a person blasting “FDT,” which says “Fuck Donald Trump” on the chorus, and the unedited lines of the song were heard on live television before the network cut to a commercial break.

YG even caught the snippet of his song with Nipsey being played on the news channel and retweeted the clip on his Twitter.

The Compton native has been affirming his disdain for Trump since 2016 and doubled down in a series of tweets on Saturday.

In another, he shared a video montage featuring Biden, Harris, former President Barack Obama and the late Rep. John Lewis dancing in respective clips with “FDT” playing in the background.

Needless to say, it looks like the download percentage for the track will continue to increase as folks rejoice that Joe Biden and Kamala Harris have been elected into the White House.