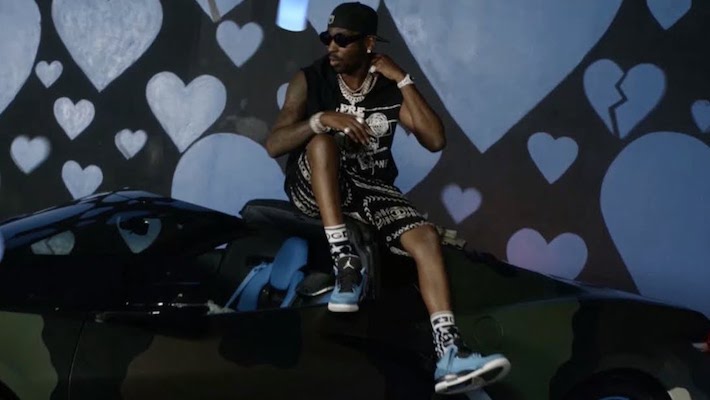 Young Dolph made his return to the hip-hop world earlier this year with his Rich Slave release. The project was the Memphis native’s first full-length release since his 2019 joint album, Dum and Dummer, with Key Glock. Looking to breathe new life into the album before the year ends, Dolph taps his fellow Memphis brethren to join him for a video for their “No Sense” collaboration. In the visual, the two rappers are at their flashiest thanks to the cars, high-end designer outfits, and overall lavish lifestyles that they portray in the video. However, through it all, Dolph and Glock are watched by undercover agents in unmarked vehicles who take pictures of the rappers as they go about their days.

The Paper Route rapper’s album arrived after he briefly retired earlier this year. Dolph told his followers on Instagram that he was “highly considering quitting music because I really wanna be with my kids 24/7.” Complex confirmed that rapper’s intention was to step away from the game to be more of a family man. However, the retirement was short-lived and he returned with the Rich Slave album, which was released with features from Megan Thee Stallion and G Herbo in addition to Key Glock.

You can watch the “No Sense” video above.

7 Reasons Why Davido Fans Are Anticipating ‘A Better Time’ Album