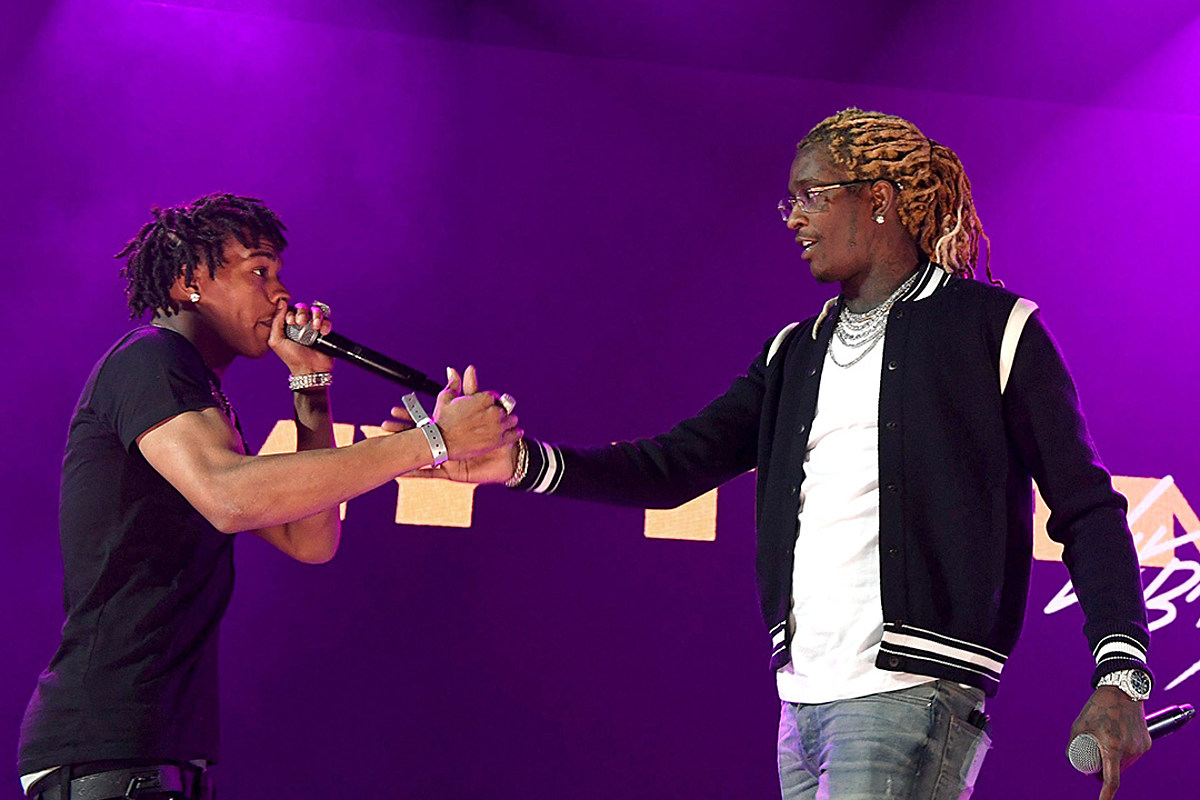 Lil Baby humbly attributed his start in the rap game to Young Thug last year, and now Thugger is confirming that he played a role in Baby taking his rhymes seriously.

During an episode of T.I.’s Expeditiously podcast, which was released on Thursday (Nov. 19), Thug confirmed that he pushed Lil Baby to redirect his attention from the streets to music.

While chatting with Young Thug, Tip asked the head of Young Stoner Life Records, “Lil Baby went on record in saying that you used to pay him just to focus on rap?” To that, Thug replied, “That nigga didn’t know who he was.”

Thugger continued: “I used to read that young nigga’s captions and shit on his pictures and I’m calling that nigga like, ‘Bruh, you know you can rap. You trippin’.’ He in jail like, ‘Bruh, I’ma goddamn get out, I’ma goddam get me some money, get me a bag and do what I need to do.'”

Young Thug also said that he actually knew Baby prior to him doing two years in prison because they didn’t live very far from one another in Atlanta. Thug then shared that he paid the now-Quality Control Records rapper to rhyme to show him that he can mold his life around the art.

“Just to groom him to you really could get paid from doing it. Like no cap, not no ‘I’ma pay you,’ but no really actually doing it,” Thug said.

Lil Baby first told XXL in our Fall 2019 issue that Thugger paid him to leave the hood to launch of his rap career.

“Young Thug, he gave me all the jewels,” Baby revealed. “He literally paid me to leave the neighborhood. [He said], ‘Bruh, you can rap, you got it. You could be next. You gotta leave the ’hood… I’ma pay you to come to the studio.'”

Fast forward to 2020, and Lil Baby has over 20 RIAA gold-certified songs including “The Bigger Picture,” “Grace” and “All In.” He also has more than 15 platinum songs such as “We Paid,” “Emotionally Scarred” and “Woah.” Baby’s albums My Turn and Harder Than Ever have achieved platinum status while Street Gossip and Too Hard have gone gold.

Check out Young Thug speak on paying Lil Baby to rap on T.I.’s podcast at the 1:15:00-mark below.

See 10 Rappers That Almost Signed to Other Rappers